ABOVE: Little Alley Steak in Buckhead offers more than 400 bourbons, whiskeys and scotches, including the rare Pappy Van Winkle. Photos by David Danzig.

Good eats and exiting eateries are on our radar,

from Johns Creek to the Old Fourth Ward,

plus a lot of Korean steak and a big Varsity birthday.

ATLANTA’S SUMMER SIZZLES with steaks, pizzas, pigs and 90-year-old burgers, but “Taps” has sounded for TAP in Midtown, Cakes + Ale in Decatur and Todd English Tavern at The Battery Atlanta.  Here’s what’s happening on the metro dining scene.

ARI KOREAN STEAKHOUSE on Medlock Bridge Road in Johns Creek brings style to the art of Korean barbecue, where you cook marinated meats and vegetables yourself with a small gas grill built into your table. Grab a booth and get grilling — thinly sliced beef brisket, pork belly, spicy squid and spicy chicken cook beautifully along with a slew of small complementary side dishes. Ari is open for lunch and dinner, has a lively bar and includes a fantastic bakery called THE CAKESHOP, which creates Instagram-worthy cakes, pastries and a rainbow of macarons. …

On scale alone, the buzziest restaurant opening in the past decade has to be LITTLE ALLEY STEAK in Buckhead. The Roswell original is an intimate butcher-themed den of red meat and brown liquor. The Buckhead location looks big-league ready. It inhabits the former Aja (and before that, Emeril’s) space, serving wet- and dry-aged beef in 9,000 square feet of sexy red leather, butcher-block wood, white subway tile and a sea of Edison light bulbs. If you’re thirsty, sip from the extensive wine list or sample from 400-plus bottles of bourbon, whiskey and scotch. …

The magazine Garden & Gun, a chronicle of highbrow Southern art, food, horticulture and, yes, hunting, now lives and breathes in restaurant form with the GARDEN & GUN CLUB at THE BATTERY ATLANTA next to SunTrust Park in Cobb County. Like the magazine, the ambience is fancy yet cozy with stylish bric-a-brac and taxidermy throughout (including mounted heads in the bathrooms!). Expect the likes of buttermilk fried quail, pimento cheese, boiled peanuts, raw oysters, cornmeal-fried white shrimp and hand-sized strawberry-rhubarb pie. The flavors are hearty, and the dishes are beautiful without an ounce of pretense or Deep South cliché. 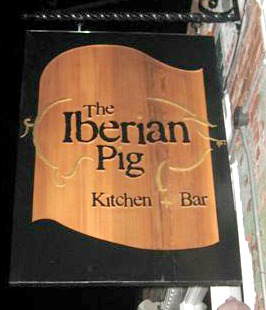 Buckhead, get ready to pig out with your own branch of the Decatur darling THE IBERIAN PIG. Look for Spanish-inspired tapas, imported cheeses and charcuterie this winter in the new Hanover Buckhead Village on Roswell Road near the Buckhead Theatre. The Pig comes from CASTELLUCCI HOSPITALITY GROUP, which owns and operates Bar Mercado and Recess on Krog Street, Cooks & Soldiers in West Midtown, Double Zero at Emory Village and Sugo in Johns Creek, as well at the Decatur Pig and another downtown at Mercedes-Benz Stadium. …

Sandy Springs’ pie lovers are likely salivating in anticipation of their own ANTICO PIZZA NAPOLETANA, which is vying to supplant 4 Seasons Pottery on Hammond Drive and open in spring 2019. Antico founder Giovanni Di Palma has filed a permit to demolish the existing building and build a home for his famous imported brick ovens. This would be Antico’s fourth location — it already has eateries on Atlanta’s Westside near Georgia Tech, at The Battery Atlanta and at Avalon in Alpharetta. …

Add the smell of grilled meats to the mix at Perimeter Mall when BREAKERS KOREAN BBQ moves in next to The Cowfish, the burger/sushi hybrid on Level 2 near Dillard’s. Breakers has five locations in four states (California, Georgia, Texas, Virginia), including the one in Duluth, and promises an upscale experience even as you grill your own meats tableside. It will take over the spot once occupied by The Pub. … 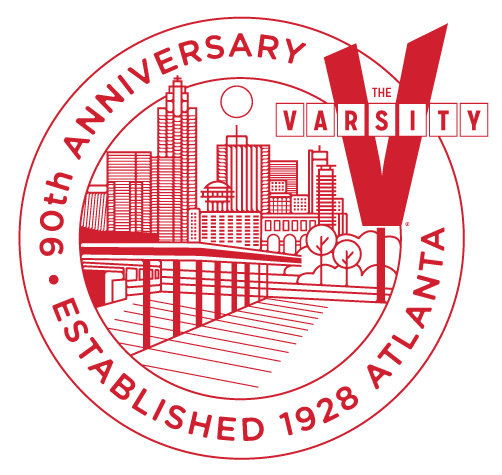 An Atlanta icon soon becomes a nonagenarian. THE VARSITY first asked “What’ll ya have …” in August 1928. To mark the occasion, it’s selling limited-edition cups for $5.99 and offering unlimited refills on soft drinks in them and 90-cent refills on frosted orange, vanilla and chocolate shakes through Dec. 31. On its actual birthday — Aug. 18 — all menu items will cost 90 cents all day at all five locations (Athens, Dawsonville, Kennesaw, Midtown and Norcross).

The taps at TAP have run dry.  After 10 years of brews and burgers at the Midtown corner of Peachtree and 14th streets, the gastropub kicked its last keg in late May. Owner CONCENTRICS RESTAURANTS cited lease renewal issues in closing its second legacy concept within months. You might recall that One Midtown Kitchen shuttered in March. …

If you’re keeping score at home, TODD ENGLISH TAVERN at The Battery Atlanta, struck out after a single season. The eatery from the locally grown celebrity chef closed before the Atlanta Braves home opener in March. The space has been swallowed by the mammoth (and apparently much more successful) two-story sports bar SPORTS AND SOCIAL. … 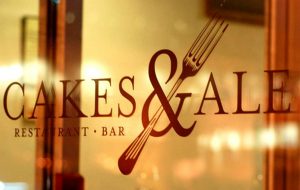 You may have heard that Decatur’s popular CAKES + ALE closed rather quickly in June. The news was announced on a Monday, and service ended after Saturday dinner six days later. The imaginative farm-to-table spot on Sycamore Street specialized in dishes with seasonal ingredients — gnocchi, trout, asparagus and beets, pork terrine, mushroom tarts. It often made best-of lists, and chef BILLY ALLIN has been a semifinalist more than once in the James Beard awards’ Best Chef: Southeast category. Allin and wife Kristin said they needed to take a break, spend more time with family and concentrate on their younger properties in the Inman Park area — PROOF BAKESHOP and BREAD & BUTTERFLY. …

Lastly, we say arrivederci to the Italian duo BAR AMERICANO and BAR CREMA, which lasted just six months at their side-by-side slots in Buckhead’s East Andrews district. Bar Americano considered itself a casual American-Italian spot; Bar Crema offered espresso drinks, cocktails and lighter bites. The creators, TEN APART HOSPITALITY GROUP, own THE PINEWOOD in Decatur, THE MERCURY at Ponce City Market and the newish DEEP END, a late-night taco spot that opened in November in the Old Fourth Ward. The Americano/Crema location has seen a regularly revolving door for several years.