Beneath the Brooklyn Bridge — Encore Atlanta
Skip to content
ShareTweetShare 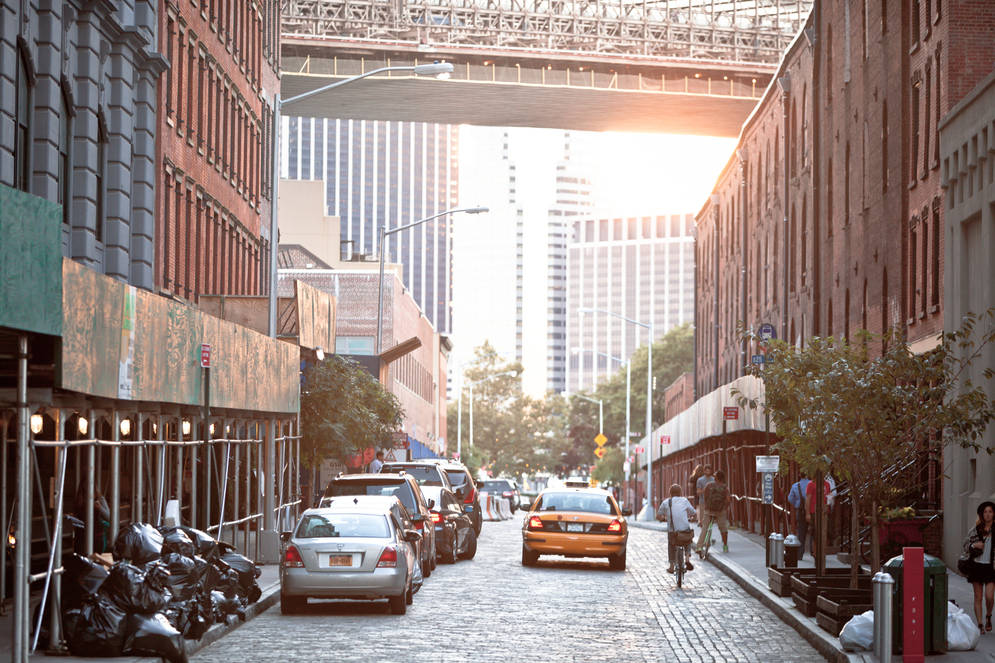 A FORMER WAREHOUSE DISTRICT tucked under the Brooklyn Bridge — and known by the name DUMBO — has become one of New York’s more intriguing spots. Even dyed-in-the-wool Manhattanites leave their island to cross the East River and seek out the art, food, attractive parks and cultural events.

The area is beneath both the Brooklyn and Manhattan bridges, hence the name DUMBO, an acronym for Down Under the Manhattan Bridge Overpass.

Beneath the steel girders and on the ground floors of historic brick buildings are blocks of art galleries and studios. Scattered among them along the cobblestone streets are lively restaurants, pizzerias, colorful street murals, a bike shop and even a surf shop.

PowerHouse Arena on Main Street, for example, is both an independent bookstore and an art gallery. Its loft location makes it ideal for the readings and performances it often hosts.

|One Girl Cookies, next door, is run by Dawn Casale, who began by baking solo in her Greenwich Village apartment.

Meander down to the waterfront park, great for cyclists and kids, and you’ll see Jane’s Carousel, a glass-enclosed merry-go-round.

The Mighty Tanaka gallery explores connections between graffiti, street art and fine art. It’s on the second floor near the Fund for Art and Dialogue, which has an Atlanta branch and provides support to artists nationally.

After eyeing the galleries, sit down in Brooklyn Roasting Co. on Jay Street, a spacious, warehouse-y room, open and comfortable, where bags of beans sit cheek by jowl.

Upscale furniture stores also line these streets; the neighborhood’s lofts have soared in price in the past decade.

In the 1880s, manufacturing and shipping businesses perched here along the East River. Robert Gair invented the cardboard box in a building on Washington Street, now home to Etsy, the online crafts retailer.

The Arbuckle Bros. ran their coffee and sugar empire from here, and it’s where Brillo steel wool was invented. 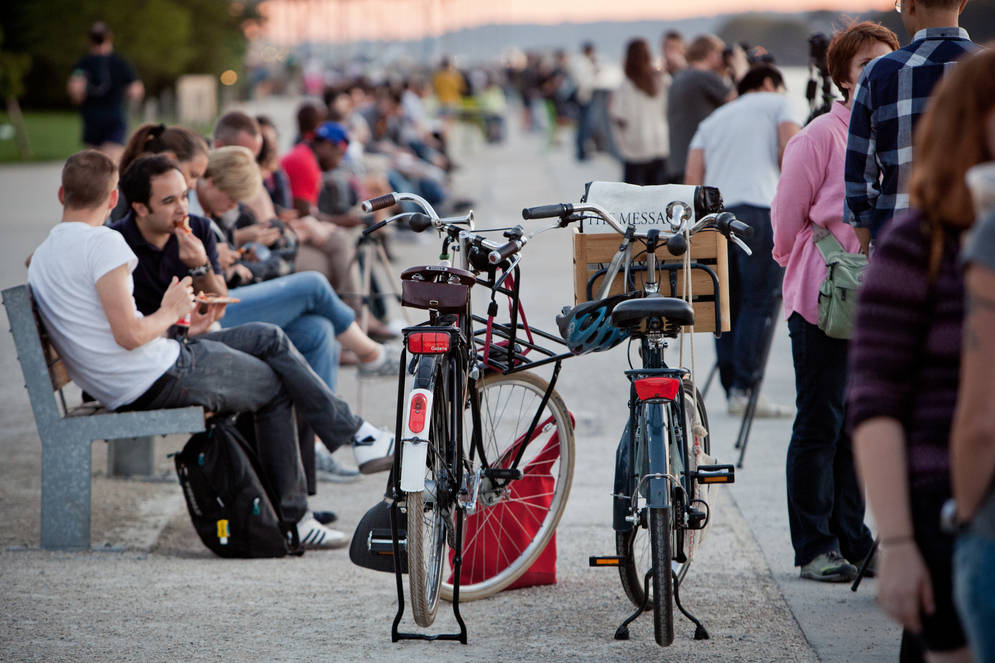 Fifteen years ago, air-conditioner repair shops and auto-body garages lined these streets. They’re now a hub for tech companies and Wall Street workers as well as artists. New York magazine says people in the arts constitute roughly 20 percent of the area’s workforce. The median income has climbed to $168,000.

Many older artists rue the changes, however, and  the new prosperity immediately falls off as the waterfront becomes more distant. The nearby Farragut Houses, part of New York’s public housing projects, are poorly maintained. The median income here is $17,000.

But for travelers, Dumbo is stimulating. An energetic visitor might want to reach the area by walking across the 1.1-mile-long Brooklyn Bridge. Then take the first exit off the bridge and the stairs to the left.

You can also take the F subway train to York Street and emerge almost in the midst of York and Jay streets. Two other lines (2/3 and A and C) get you nearby.