“The Tall Girls,” a world premiere, runs March 7-30, closing out the Hertz Stage season at the Alliance Theatre.

For playwright Meg Miroshnik, The Tall Girls begins with a photograph.

Said photograph features her grandfather and the girls’ high school basketball team he coached in 1934 in their home state of Minnesota. The girls are in starched white uniforms; Granddad, then 26, stands tall in a suit.

The photograph was a jumping-off point; The Tall Girls is fiction set in Kansas during the Dust Bowl, not in rural Minnesota and not about her grandfather. That she wants to make clear.

Miroshnik’s basketball-play itch gained momentum when she was at the Yale School of Drama, studying with award-winning playwright Paula Vogel (How I Learned to Drive, The Long Christmas Ride Home). In Miroshnik’s last year of grad school, Vogel designed “custom bakeoffs” — in which students were challenged to write a play in 48 hours based on specific elements. Miroshnik got Title IX sports and Don Juan.

“I WANTED TO CAPTURE what was exciting and alive about a sporting event, the unpredictability, the thrill of not knowing how the game will turn out,” she says. “No matter how much you rehearse, you can’t guarantee, or fake, making a basket. There’s a real adrenaline rush in taking that risk in front of an audience. I knew from the get-go that I would write a scene in which a character had to make a basket before [the play] could go on.”

After Yale, The Tall Girls found development homes at the O’Neill National Playwrights Conference in 2012 and the 2013 DNA series at La Jolla Playhouse in San Diego. Those opportunities, Miroshnik says, helped ready the play for this world premiere tip-off.

Alliance audiences met her in the 2012-13 season, when her darkly fanciful Fairytale Lives of Russian Girls won the Alliance/Kendeda National Graduate Playwriting Competition. She’s the last of four Kendeda-winning playwrights to return to the Hertz Stage with a new play this season, celebrating the contest’s 10th anniversary.

Although the worlds of Fairytale Lives (the enchanted streets and forests of post-Soviet Russia) and The Tall Girls (the American Dust Bowl) are very different, they have common elements. Both are coming-of-age stories with a lot of female actors, the 30ish playwright says. Both feature characters who find comfort in math and numbers. And both have the word “girls” in their title, which leads to another story. 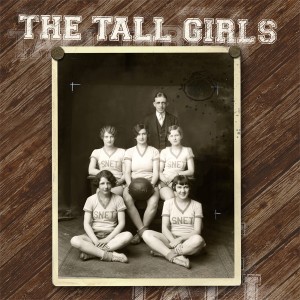 Out in that world of playwriting, Miroshnik has a specific game plan.

“I WANT TO TELL STORIES that can only be told live in a theater, stories that demand distinctly theatrical gestures,” she says. “I try to challenge myself as much as possible to create a way of speaking in each ‘playworld’ that is very different than the last. And I love writing for ensembles of actors. I enjoy creating opportunities for lots of performers to shine. Over the course of a career, I’m interested in making a body of work that will feature a lot of meaty, central roles for women.”

Fairytale Lives had a cast of six, The Tall Girls also has six. Expect similar numbers in two of her current projects: Old Actress, about two friends who went to drama school together 30 years earlier and then made radically different life choices; and Lady Tattoo, inspired by the early 20th-century tattoo fad that began with carnival workers and made its way to upper-class women. One is about regrets and destiny and second chances, the other about women’s rights to their own bodies, says the Minneapolis-raised, Los Angeles-based playwright.

As for her own basketball career? It began and ended quickly. “My high school basketball coach actually suggested that it seemed like this ‘theater stuff’ was working out pretty well for me and that I might want to focus on that instead.”