WITH ITS RICH HISTORY of French, Spanish and Afro-Caribbean cultural influences, New Orleans has always been a foodie-friendly town. That hasn’t changed, even when Hurricane Katrina rained on the parade in 2005. The broken levee flooded many of the city’s most beloved restaurants, severely cut into tourism numbers, and sent chefs and servers elsewhere in search of steady work. 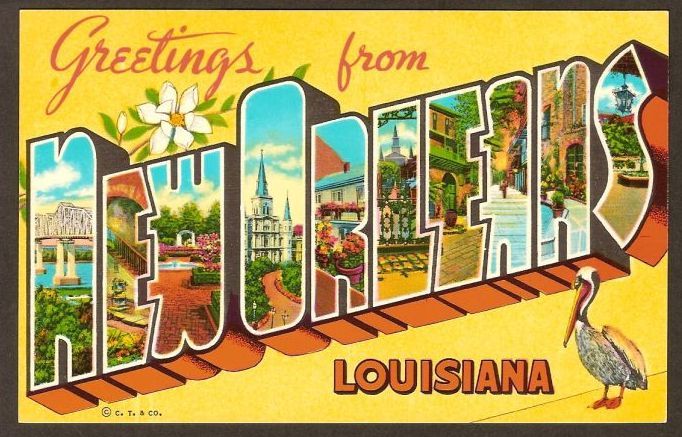 More than a decade later, NOLA’s restaurant scene has rebounded, and then some. The 2015 U.S. Census Bureau reported an 11 percent growth in New Orleans restaurants, even though the city’s population remains smaller than before Katrina. Beloved favorites such as Commander’s Palace and Dooky Chase’s rebuilt and came back stronger than before. Entrepreneurial chefs such as Donald Link, John Besh and Alon Shaya found success by combining classic traditions with modern flair.

With an estimated 1,400 restaurants in the Big Easy, you could write an entire book about the city’s thriving food scene. Instead, use this as a guide to some of the city’s culinary highlights when you visit, then explore on your own. Ours are listed in alphabetical order.

You’ll find Arnaud’s in the French Quarter at the intersection with Bourbon Street. This elegant spot serves classic Creole cuisine in lovingly restored turn-of-the-century dining rooms. A NOLA staple since 1918, its main dining room offers a romantic experience, while the more casual Jazz Bistro features a live Dixieland jazz trio that goes table-to-table. The menu’s a bit old-fashioned, but service and quality are top-notch. Try the Café Brûlot for dessert: With coffee, lemon and orange rind, clove, cinnamon sticks and orange curaçao flamed with brandy, it’ll warm you in more ways than one.

Most New Orleans cuisine is rooted in Creole tradition, but Cochon CEO/executive chef Donald Link pays homage to his Cajun roots. He and chef/co-owner Stephen Stryjewski use locally sourced pork, produce and seafood to craft a meaty menu rich with sumptuous Southern flavors. Entrees such as smoked ham hock (with pinto beans, apples, sage and jalapeño buttermilk) and braised beef short rib will please any red-blooded carnivore. For a taste you won’t find anywhere else, start with the fried boudin balls, an inventive twist on a Cajun classic.

The grande dame of New Orleans’ culinary scene. Commander’s Palace was established in the Garden District in 1890 and is best known, perhaps, for producing such iconic chefs as Paul Prudhomme and Emeril Lagasse. It’s widely considered among the best upscale restaurants in the country. Executive chef Tory McPhail won the prestigious James Beard Award for best chef in the South in 2013. Its refined jazz brunch is legendary, with such delectable dishes as Shrimp & Tasso Henican, Cochon de Lait Eggs Benedict and to-die-for Creole Bread Pudding Soufflé with whiskey cream sauce.

Part of the Royal Sonesta Hotel. This upscale raw bar’s 2015 redesign makes the most of its location at the happening intersection of Bourbon and Bienville. Oversized windows provide prime people-watching, while the antique mirror and granite counter draw attention to the fully stocked bar. The real action at Desire is on the side, where a nimble-fingered team shucks fresh oysters at lightning speed. Whether you like ’em raw or char-grilled, they’re the stars here. But the shrimp and grits, fried green tomato Benedict with crawfish hollandaise, and Creole Trio (jambalaya, red beans and rice, gumbo) are all solid.

Opened in 1941, this landmark in the Treme neighborhood is home to Leah Chase, the “Queen of Creole Cuisine,” and the inspiration for the character Tiana in Disney’s The Princess and the Frog. Dooky Chase’s was integrated early and became a civil rights movement meeting place in the 1960s. It also houses one of the finest private collections of African-American art in Louisiana. Open just four days for lunch and Friday night for dinner, it draws rabid crowds for Miss Leah’s famed fried chicken, gumbo and Shrimp Clemenceau, and her peach cobbler is divine.

Serving down-home Southern style fare since 1938. This iconic joint almost always has a line out the door, a line at the counter, a wait for food to come to the table … you get the picture. What Mother’s lacks in style it makes up for in comfort food substance, with its self-proclaimed “World’s Best Baked Ham,” succulent fried chicken, and such NOLA classics as Mac’s filé gumbo, Jerry’s jambalaya and crawfish etouffée. If you don’t mind it messy, try the famous Ferdi special po’boy, piled high with ham, roast beef and au jus gravy. Do not leave without sampling the bread pudding with brandy sauce.