Marked by innovative Atlanta premieres and ambitious mainstage productions, the announcement of The Atlanta Opera’s 2019-20 season brings much excitement.

“Dangerous liaisons” is the overarching theme of The Atlanta Opera’s landmark 40th anniversary season. From Puccini’s Cio-Cio San to Rodríguez’s Frida Kahlo, most of the featured protagonists share a propensity for self-destructive relationships that threaten to bring about their downfall.

MAINSTAGE SERIES:  Four ambitious mainstage productions anchor the season, with the company premieres of acclaimed takes on La Cenerentola and Porgy and Bess, the return of Atlanta’s original staging of Madama Butterfly, and the world premiere presentation of a new production of Salome by Tomer Zvulun, the company’s Carl W. Knobloch, Jr. General & Artistic Director.

DISCOVERY SERIES: The Atlanta premieres of two recent American operas – Frida (1991) and Glory Denied (2007) – round out the season in the Discoveries series, which breaks down barriers between artists and their audience by providing authentic, intimate, and immersive experiences in nontraditional spaces.

Zvulun describes how the season represents one of the many innovations behind the company’s current wave of extraordinary creative and economic resurgence:

“We are keeping our commitments to our audiences this season. First, we’re staging classic works by Puccini, Rossini, and Strauss, but in new and different ways, as part of our commitment to classic opera. Second, we have chosen to stage the Gershwin’s larger-than-life operatic musical, Porgy and Bess, as part of our commitment to bringing new and different audiences into the world of The Atlanta Opera. Third, we’re producing our largest Discoveries season yet, with the story of the Mexican icon Frida Kahlo. Finally, we’re deepening our commitment to our veterans and active duty service members by closing our Discoveries season with Glory Denied, the story of the longest-held prisoner of war in American history.” 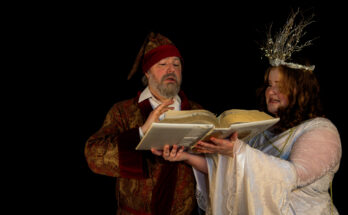 Elm Street presents A CHRISTMAS CAROL ON THE GREEN 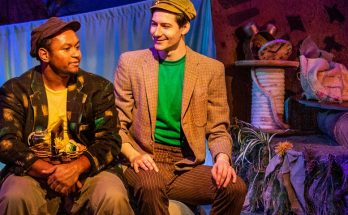