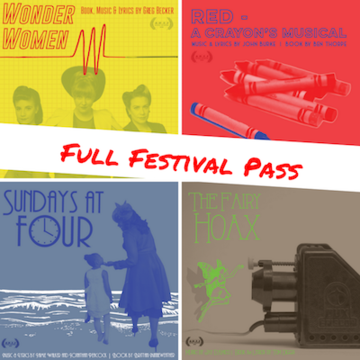 The Atlanta Musical Theatre Festival turns 3 this summer, showcasing four brand-new musicals on Aug. 6-7 and Aug. 13-14. What you’ll see: Wonder Women, which explores the the origin story of the comic-book heroine and the unorthodox lifestyle of her creator; Red — A Crayon’s Musical, which is based on the 2015 children’s picture book and follows the identity crisis of a blue crayon mistakenly labeled “red”; Sundays at Four, a generational story in which family and faith collide; and The Fairy Hoax, loosely based on a true story, which tells a coming-of-age story about a 13-year-old girl in World War I-era England who fakes photos of fairies to try to reach her emotionally distant mother.

The Full Festival Pass ($45) includes one ticket to each 8 p.m. performance at Out Front Theatre in West Midtown. Where else can you see four new musicals for $11.25 each? The schedule: