A BLUE RIDGE ADDRESS, REVITALIZED DOWNTOWN AND CONTEMPORARY COOL HAVE TURNED THIS SMALL S.C. CITY INTO A GO-TO DESTINATION.

IT HASN’T ALWAYS BEEN EASY being green for Greenville, a city of 67,000 in northwestern South Carolina. But that began changing — and changing in a big way — in the past five years. 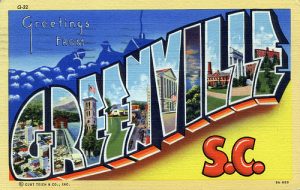 What had been a small, inconspicuous Southern town has burst onto the national scene with Palmetto State panache. Its four-season economy continues to attract foodies, shoppers, nature lovers, cyclists and arts enthusiasts. First they came in dribs and drabs, and then in droves. And it’s all less than three hours from Atlanta.

Greenville, which sits in an area known as “upstate,” was a hunting ground for the Cherokee long ago and then became a textile center where five railroads converged. It now has a varied economy, a mostly under-40 workforce and a sizable population of retirees content with the cost of living and quality of life at the foothills of the Blue Ridge Mountains.

[WHERE TO EAT, PLAY, SHOP IN GREENVILLE]

This pretty city is walkable, dense with conveniences and delivers natural beauty — like the view of Reedy River Falls from Liberty Bridge, a jewel in the downtown landscape.

Small wonder it was once known as Pleasantburg.

In 2016, the U.S. Census Bureau ranked Greenville — nicknamed G-Vegas by some — as the fourth fastest-growing city in the United States. Forbes magazine named it the 13th best in the nation for young professionals.

Other accolades have come from Southern Living (one of the Best Girlfriend Getaways in the South); Matador Travel Network (among the Top 24 Coolest Towns in America); “The Today Show” (one of the Top 5 Places to Retire); and The New York Times (one of 52 places to go in 2017.)

With 600 restaurants (and counting), you’ll likely need more than one visit to taste your way around the city’s 29 square miles. And you may want to pack your stretchy pants.

Grill Marks is pretty much handcrafted-burger heaven, from the rotating BOW (Burger of the Week) to bowwow (bring your pup for patio seating and Grill Barks, a bag of treats for $4.99).

UP on the Roof, which opened in January in the Embassy Suites RiverPlace, comes from Nancy and Mark Oswald (of Ruth’s Chris fame) and provides views of the Reedy River and Blue Ridge Mountains from on high. The rooftop setting includes an interior with floor-to-ceiling windows.

The menu is divided among Graze (Carolina pimento cheese straws); From the Farm (salads, risotto); From the Ranch (a burger, chicken, steak, Duck’N Waffles); From the Sea; Share (or Not); and Sunset Sweets (Funnel Fries, a cream puff-like concoction called Coco Puff). Wash it all down with handcrafted bottled cocktails and a range of local/regional craft beers.

The owners of Kitchen Sync wanted to avoid a “restaurant row” feel and opted instead to open in a neighborhood not far from Haywood Mall. This recent addition to the gastro-scene is creating buzz with its community vibe, cozy ambience, comfort cuisine (cheeseburger salad, Carolina catfish with Asian BBQ glaze) and shareable plates.

For breakfast, lunch, supper or Sunday brunch, consider Roost, which takes farm-to-table a step further with a “soil-to-city” culinary mission that embraces everything organic and seasonal. Call it cuisine with a conscience: No high-fructose corn syrup in the sweet potato pound cake (or any other dish, for that matter) and all ingredients sourced domestically.

Smoke on the Water calls itself a “saucy Southern tavern,” and serves barbecue, sauces and sides that include cornbread stuffing, casseroles and deviled eggs. Finish your feast with Jack Daniels Chocolate Chip Pecan Pie or Fried Bourbon Bread Pudding.

Did we mention packing your stretchy pants?

Go outside and play

Greenville’s hot summers and mostly mild winters are bookmarked by pleasant spring and fall seasons. Greenville County has 55 park sites, with three water parks, a skating rink and other amenities.

If golf is your thing, there are a dozen courses within 20 miles of the city limits. If you’d rather watch others hit, head to Fluor Field for a Greenville Drive game. The Drive, a Class A minor-league affiliate of the Boston Red Sox, play in a recently renovated replica of Boston’s famed Fenway Park. The team is popular, so plan ahead. A nice perk: free parking.

Greenville likes bikes. The city’s Bikeville community initiative encourages ridership and offers maps and protected lanes for cyclists. The move has brought yet another accolade: Greenville’s Swamp Rabbit Trail rated third when the New York Post named its list of the 15 Most Scenic Bike Trails Across America.

Tote your own bike or call Bike the Rabbit for a rental. It has everything from cruisers and kids’ bikes to bike trailers and tag-alongs. Employees will even deliver your ride to your hotel or meet you at the trailhead. Pedal Chic, meanwhile, caters to women riders. In fact, Greenville is so bike-friendly that professional world cyclist George Hincapie has made the city his home.

If Shakespeare were alive today, he might just pen “get thee to Greenville.” Creativity is built into the landscape, as noted by Southern Living magazine which dubbed Greenville South Carolina’s City of the Arts (although Charleston might beg to differ).

Professional theater, and local and visiting creative artists have converged at Centre Stage for three decades. The Art Crossing at RiverPlace has 20 artist studios that are open to the public. The Greenville County Museum of Art, Furman’s Upcounty History Museum and the Children’s Museum of the Upstate rotate exhibits and offerings, including music.

Mast General Store, part of Greenville since the 1800s, is now an old-time variety shop that carries everything from travel gear to things you didn’t know you needed. Beija-Flor (Portuguese for “hummingbird”) is a by-women, for-women jeans design group with its flagship here. Vogue and O magazines have both praised its “jeans for real woman” ethos.

Whether your travel style is laid-back or go-go-go, Greenville has you covered. For help with your itinerary, go to VistGreenvilleSC.com. 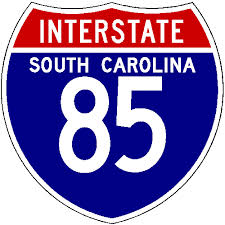 GETTING THERE: Take I-85 north from Atlanta to Exit 42 in South Carolina toward Greenville.

WHERE TO STAY: Greenville County has more than 8,000 hotel rooms, with almost 1,000 in Greenville itself. For a sophisticated stay downtown try the AAA four-diamond Westin Poinsett. Aloft Greenville Downtown offers modern and urban-inspired rooms. With Airbnb, you can rent a garage apartment near town or a luxury apartment in the city.

2 Comments on “YEAH, THAT GREENVILLE”