A GUIDE TO THE GALLERIES & STUDIOS OF THE RIVER ARTS DISTRICT

IT’S NEVER TOO EARLY to start holiday shopping, and why not treat yourself in the process? To that end, may we suggest Asheville, N.C.?

Asheville, about three hours from metro Atlanta, has emerged as a progressive haven of arts and culture in the middle of the Blue Ridge Mountains. The town is known for its fiercely independent spirit and the myriad “green” restaurants, brewpubs and art studios that have popped up in the past decade.

It has been a remarkable transformation. The city was a ghost town in the 1980s, with many of its historic downtown buildings boarded up and more than 10 percent of its residents moving elsewhere. But where locals saw a city in serious decline, outsiders drawn by the immense natural beauty saw opportunity.

Pattiy Torno, a New York-bred clothing designer and rock-climbing enthusiast, is a perfect example. Torno, formerly chair of the Asheville Area Riverfront Redevelopment Commission, scored a 3,000-square-foot loft for $300 a month when she moved here in 1984, ultimately becoming part of a tight-knit group of transplants known as “the Asheville 1000.” By 1990 she’d opened CURVE Studios, one of the first art spots in what eventually became known as the River Arts District. Now, some 25 years later, the area is the creative home to more than 200 artists working in nearly every medium imaginable.

“In the River Arts District, you see UNC students who are just out of college, transplants coming here to launch a second career and people in their 40s,” says Torno, planted in CURVE’s vibrant garden. “There’s a whole range of what is possible in Asheville due to our creative independent commerce.”

Atlanta travelers looking for a weekend getaway of arts and culture — and perhaps that one-of-a-kind Christmas gift for a special someone — will find excellent holiday shopping in the River Arts District. RAD, as it’s known, comprises 22 former industrial buildings along a one-mile stretch of the French Broad River. Here’s a guide to a few of the eclectic area’s key studios and galleries.

CURVE, one of RAD’s oldest studios, consists of three buildings that house nine artists and a garden of colorful flowers and dramatic sculptures. Torno’s work takes center stage here. From fashionable clothing and intricately designed quilts to fleece throws and quilt-style “Photopiecings,” her intensely colorful textiles are as vivid as the city itself. Other impressive artists with studios here include Kyle Carpenter, who specializes in nature-themed ceramics; Mary McCall Timmer, a metalsmith whose sterling silver, gold and precious stone jewelry is a play on classic elegance; and the Silver River Center for Chair Caning, where Brandy Clements and Dave Klingler share four generations of knowledge. CURVE occasionally hosts seasonal open houses, parties and other community-focused events, so you may want to check ahead.

THE ODYSSEY CENTER FOR CERAMIC ARTS

The Odyssey Center, Asheville’s premier ceramics studio, gallery and pottery school was founded on the idea that everyone has creative potential that can be enhanced by a strong community and challenging instruction. The ClayWorks Gallery here is among the city’s largest, featuring pottery and ceramic sculptures by instructors, resident artists, studio assistants and students. Resident artists include Anja Bartels, who specializes in porcelain pieces that incorporate nautical themes inspired by her childhood in a port town on the North Sea; transgender artist/activist Mac McCusker, who incorporates humor and social commentary into “Trans-Action Figures”; and Nick Moen, whose dinnerware collections blend fashion and function. Friday-night workshops are open to students of all experience levels.

Pink Dog, one of the newer studios in the district, was once a textile manufacturing and warehouse building. Founders Randy Shull and Hedy Fischer turned it into an intensely colorful space featuring some 25 artists. Shull, the creative director, has a background in architecture, landscape design, furniture design and painting. His work appears in national museum collections, including Atlanta’s High Museum of Art and New York’s Museum of Art and Design. He curates an eclectic mix of artists including ethereal landscape painter Karen Keil Brown; “antiques of the future” craftsman Mark Goldthwaite; handcrafted jewelry artist Christie Calaycay; mosaic tile master Leene Hermann; and Jack-of-all-trades Andrea Mulish, whose work ranges from handmade lamps and Ukrainian pysanky eggs to silkscreens and woodblock prints.

Another reclamation project. This building, constructed in 1902 to house the Hans Rees Tannery, was in disrepair by 1990 when sisters Helaine Greene and Trudy Gould moved the manufacturing side of their Candle Station business here. Windows were boarded up, barbed-wire fencing surrounded the lot and the innards of the red-brick facade were mostly vacant. In 2004 the sisters sold the candle company, renovated the facility and renamed it Riverview Station in honor of its picturesque location. Today the 110,000-sq. ft. space is home to more than 60 artists and crafters — painters, potters, photographers, jewelry designers, textile artists, woodworkers and mixed-media artists work here, and the site has three art galleries. Visitors can see live demonstrations and participate in classes taught by more than a half-dozen artists in a range of media. 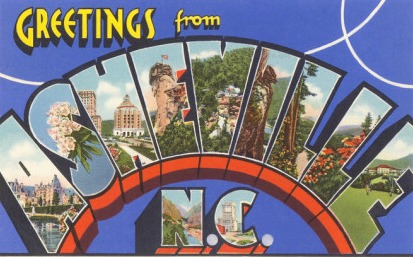