She was Ruth before she was Mammy to Katie Scarlett O’Hara, or so goes Ruth’s Journey, the novel authorized by the Margaret Mitchell estate that tells the back story of one of Gone With the Wind‘s most captivating characters.

Virginia novelist Donald McCaig (Canaan, Jacob’s Ladder) begins Mammy’s story on a revolution-rocked Caribbean island, moves it to Savannah and then to Tara with Ellen Robillard O’Hara, and ends with the last barbecue at Twelve Oaks before the Civil War erupts.

McCaig talks about his novel as part of the Atlanta History Center’s fall lecture series (details below), which includes several other authors speaking on GWTW or Civil War-era topics along with Jews in America, the U.S.-Mexican border culture and American politics from Lyndon B. Johnson to Ronald Reagan. The series begins Sept. 2.

Authors appear either at the Atlanta History Center in Buckhead or the Margaret Mitchell Center in Midtown. Unless otherwise noted, lectures are $5 for museum members, $10 nonmembers and free to AHC Insiders. Guests get a 25 percent discount on the author’s book.

David Laskin, The Family: A Journey Into the Heart of the Twentieth Century (8 p.m. Sept. 2, Buckhead). Laskin’s novel covers three watershed events for 20th-century Jews: immigration, two world wars and the founding of Israel. Presented in partnership with The Temple.

Susan Vreeland, Lisette’s List (2 p.m. Sept. 7, Midtown). Vreeland’s novel tells a personal story of hiding art from the Nazis in WWII France and becomes a whodunit when a cache of Pisarro paintings turns up missing. Presented in partnership with Alliance Francaise d’Atlanta. 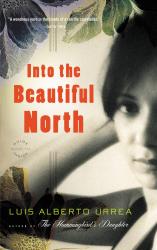 The Big Read Keynote Lecture: An Evening with Luis Alberto Urrea, Into the Beautiful North (7 p.m. Sept. 17, Buckhead, free). Presented as part of The Big Read (National Endowment for the Arts/Arts Midwest; details HERE) to encourage Americans to read more for pleasure and enlightenment.

Anne Sarah Rubin, Through the Heart of Dixie: Sherman’s March and American Memory (8 p.m. Sept. 23, Buckhead). Rubin takes a Rashomon-like approach in recounting Sherman’s march to the sea. She shares stories from many points of view including soldiers from both armies, African-American and female witnesses and even the general himself.

Lynden B. Miller, Parks, Plants, and People: Beautifying the Urban Landscape (7 p.m. Oct. 15, Buckhead; $25). Miller will argue for the transformative effect of civic parks and gardens in an urban environment.

Donald McCaig, Ruth’s Journey (7 p.m. Oct. 17, Midtown). McCraig’s novel presents Gone With the Wind’s beloved Mammy in her own words, as a survivor of war, revolution, a marriage that ends tragically and two generations of O’Hara women.

An Evening With Jodi Picoult, Leaving Time (7 p.m. Oct. 22, Buckhead). Picoult’s new novel, her 22nd, explores the enduring love between mothers and daughters as a grieving teen enlists two adults in her search for her mother, missing for 10 years.

Ann Short Chirhart and Kathleen Clark, Georgia Women: Their Lives and Times —Volume 2 (7 p.m. Nov. 12, Midtown). The authors focus on 18 Georgia women from 1900 to the 1980s who were vital actors in the history of the state, the nation and the world.

Douglas R. Egerton, The Wars of Reconstruction: The Brief, Violent History of America’s Most Progressive Era (8 p.m. Nov. 13; Buckhead). Egerton, descended from North Carolina slaveholders, tells the story of Reconstruction through state and local politics and demonstrates how the racially progressive post-Civil War period ended not by failure but by force.

Been in the Storm So Long: Remembering 1864 and 1964 in 2014 (8 p.m. Nov. 15; Midtown). Georgia Public Radio’s Rickey Bevington leads a discussion with historians, poets, artists and musicians that looks at lessons to be learned from the 1864 Battle of Atlanta and the 1964 Civil Rights Act.

John Wiley Jr., The Scarlett Letters: The Making of the Film ‘Gone With the Wind’ (7 p.m. Dec. 15; Midtown). Wiley, who owns one of the world’s largest collection of GWTW and Margaret Mitchell memorabilia, uses Mitchell’s correspondence with Hollywood bigwigs to put audience members behind the cameras during the filming of the movie.