The Atlanta Opera has released three “Love Letters to Atlanta,” the first in a new video series featuring the company’s ensemble of international and world-class singers singing their favorite songs in places woven into the fabric of Atlanta’s musical history.

The Atlanta Opera is planning additional Love Letter recordings in 2021 featuring other members of Company Players and other interesting locations. Future videos will be available on Spotlight Media, as well. Each video runs between 11 minutes to 15 minutes, including a short interview and the performance.

“Each Love Letter, featuring an iconic singer and iconic location, is designed to stand on its own, telling an authentic story about our connection to Atlanta,” said Carl W. Knobloch General & Artistic Director Tomer Zvulun, who curated the project and conducted the interviews. “Once all the letters are finished, we will compile them into a single film that creates a mosaic and tells a greater story about our appreciation toward our home.”

“One of the most exciting things about our Company Players is their connection to Atlanta, Georgia and the southeast. These Love Letters are an important way for us to give back and say thank you to this city and its people,” Mirakian said. “If we can celebrate our own iconic cultural heritage during this tough time, that’s our goal.”

Barton, a Georgia native and Atlanta resident, selected Georgia On My Mind because it reminds her of the importance of home, and particularly the years she spent away, learning her craft at Indiana University in Bloomington, Ind., the hometown of songwriter Hoagy Carmichael.

“It was the first time I had ever moved away from home,” Barton said in the interview included in the video. “I think it was on my playlist at that point for probably the entire time I was at IU. I loved that song because it did remind me of that little call I that always feel when I’m too far away from where I came from.”

She explained that she picked the Fox Theatre in Atlanta because it’s the place of some of her fondest childhood memories. Growing up outside of Rome, Ga., the rare trip to Atlanta usually included taking in a performance at the Fox.

Barton, a superstar mezzo-soprano whose honors include the Beverly Sills Artist Award, Richard Tucker Award, first prize at the BBC Cardiff Singer of the World Competition and 2020 Personality of the Year at the BBC Music Magazine Awards, is “an artist whose time truly has come” (Opera magazine). In 2019, she made her role debut as Sister Helen Prejean in The Atlanta Opera’s celebrated Southeast premiere of Dead Man Walking.

Kevin Burdette, If Ever I Would Leave You (Lerner & Loewe)

Burdette, who moved to Atlanta several years ago, makes a connection with the city’s past by performing at the Atlanta Civic Center Auditorium.  Though it has been closed for several years, the Civic Center was the final home to the wildly successful Metropolitan Opera summer opera tour that lasted for 75 years, bringing operatic legends to the city.

“If we’re going to tell our story right, we have to know what came before, we have to know the truths that predate us so we can find our own voice and our own truth,” Burdette said in his interview. “To be in a space, where you know all the great singers of generations before you have sung, you want to touch the walls they touched, and stand on the stage and feel their vibrations that are someway still in the floor. It’s a moving experience.”

His song, selected from the Tony Award-winning musical and movie Camelot, is a straight up love song, lyrically expressing a love that endures in every season.

Burdette, a bass, has performed for Atlanta audiences in Dead Man Walking, The Pirates of Penzance, and The Abduction from the Seraglio. Dubbed “the Robin Williams of opera” (The New York Times), he serves on the faculty of The Atlanta Opera Studio, the company’s first young artist program, and may be heard on the Metropolitan Opera’s Grammy- and Diapason d’Or-winning Deutsche Grammophon recording of The Tempest.

In this entry, Robinson, a lifelong Atlanta-area resident, reminisces about seeing jazz performances at the Fox with his father and the importance his mother had on his career.

In his interview, Morris explained that he chose the show-stopping “The Impossible Dream” from the Broadway hit Man of La Mancha because it was the song he sung in his chorus audition at North Atlanta High School, an audition his mother insisted he do.

“It makes me think about my mom. Maybe she saw something I didn’t see. Maybe she knew what it was going to be,” Robinson said. “As soon as I started singing opera professionally, she died. She never got to see all this stuff. And I’ve sung all over the world.  That audition, that moment, formulated who I am.”

Robinson boasts a bass “so deep and assured it’s as if a vibration goes through the audience every time he opens his mouth” (Globe and Mail, Canada). In The Atlanta Opera’s staging of Porgy and Bess, he sang the male lead, which was previously the vehicle for his acclaimed debut at La Scala. He also recently starred at the Metropolitan Opera in The Magic Flute. Robinson made his Atlanta Opera debut in 2010’s Aida, and has also been seen in 2015’s Rigoletto.

Barton, Burdette and Robinson, along with Michael Mayes, form The Atlanta Opera’s Artistic Advisory Council, counseling the company on a range of artistic matters. 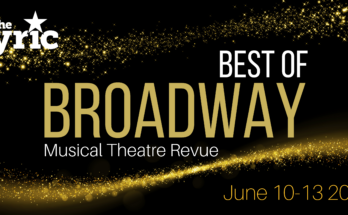 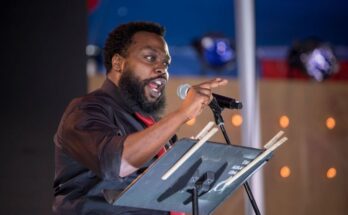 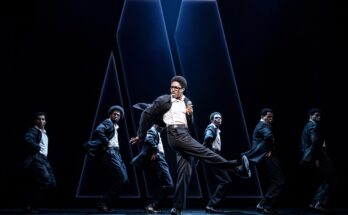