COACH, the New York City luxury accessories company, has unveiled an irreverent “Lights, Camera, Holiday” campaign for the 2018 season. It features actor-singer Selena Gomez, who promotes Coach women’s products worldwide, and a cast of animated friends — including a frog, owl, fox and penguin.

The campaign launched with a series of short animated films written and directed by the duo of Henry and Rel of Supermarché. The films reveal the audition tapes of Selena and friends as they compete to become part of Coach’s holiday-window displays, a tradition at big retailers in New York and elsewhere. Gomez, at one point, enthusiastically says: “I can stand still so well.”

The playful campaign is designed to put gifts and the tradition of holiday-window displays at the center of the story.

Coach is also doing a print advertising campaign for its 2018 holiday collection. The photos, set against the New York skyline, show Gomez emerging from a vintage car holding the Parker bag in metallic leather.

Coach has stores at Lenox Square in Buckhead, the Mall of Georgia in Buford and in Calhoun, Commerce, Dawsonville, Locust Grove and Woodstock. Some of its holiday handbags are available only online. Go HERE.

The outer and under for winter’s well-dressed man 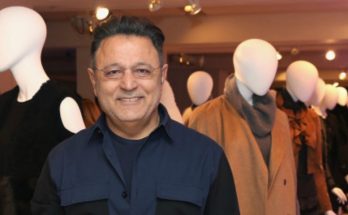 A CONVERSATION WITH ELIE TAHARI