The PAC’s 2018/19 season includes a Performing Arts Series, a Speaker Series, a National Geographic Live! Series and performances from four affiliate groups — Atlanta Ballet, Atlanta Opera, the new City Springs Theatre Company and Roswell Dance Theatre. As such, it is its own blend of what audiences might see at the Fox Theatre, the Rialto Center for the Arts, Atlanta Lyric Theatre and Cobb Energy Performing Arts Centre. The Sandy Springs center will light up with events of one sort or another more than 70 times in its first 15 months.

The venue is part of the still-in-the-making City Springs District, conceived as a hub for community activity and identity in Sandy Springs. The 14-acre district, bordered by Allen Road on the south and Sandy Springs Circle on the north, is envisioned as a live-work-play community, home to restaurants, coffee shops, retail, apartments and condos, a green space called City Green, City Hall and more.

In addition to meeting and banquet space, the performing arts center has a 1,100-seat mainstage, named the Byers Theatre, and a 400-seat flexible Studio Theatre.

The opening celebration begins at 6 p.m. Aug. 7 with a National Night Out on the City Green and ends Aug. 19 with a screening from the Atlanta Jewish Film Festival. The rest of that lineup:

AUG. 11. City Springs Day. Activities all day on the City Green and in both theaters. An 8 p.m. concert by the Branford Marsalis Quintet in the Byers Theatre caps the day. The New Orleans-born Marsalis is a National Endowment for the Arts Jazz Master, a Grammy Award-winning saxophonist and a Tony Award nominee (for 2010’s Fences).

AUG. 18. Broadway great Sutton Foster in concert (touring behind her newest CD, Take Me to the World). Foster, who performed in concert at Atlanta Symphony Hall in April, has done 11 Broadway shows, is a two-time Tony Award winner with an additional four nominations, and one of the leading actors on the TV Land series “Younger.” Take Me to the World dropped June 1 and includes songs by theater composers Jason Robert Brown, Kander & Ebb, Cole Porter and Stephen Sondheim, pop songwriters Paul Simon and James Taylor, and the shows Guys and Dolls, Purlie, Thoroughly Modern Millie, Singin’ in the Rain and Violet. This is a new set list, not the one she did at Symphony Hall.

AUG. 19. A screening of Heading Home: A Tale of Team Israel. Time TBA. Byers Theatre. Heading Home, a 2017 documentary (85 mins), had its world premiere at this year’s Atlanta Jewish Film Festival. It charts the underdog journey of Israel’s national baseball team competing for the first time in the World Baseball Classic.

All performances are in the Byers Theatre, except where noted. In addition to the Branford Marsalis Quintet on Aug. 11 and Sutton Foster on Aug. 18, it lines up like this:

PRAGUE PHILHARMONIC CHILDREN’S CHOIR. 8 p.m. Oct. 25. The choir, which dates to 1932, performs as part of a 12-day U.S. concert tour. It has more than 50 albums of Czech and international music to its credit and will sing works by such leading Czech composers as Smetana and Arvo Pärt.

KIBBUTZ CONTEMPORARY DANCE COMPANY. 8 p.m. Nov. 1. The company, known as KCDC and based in the International Dance Village in Western Galilee in northern Israel, is considered one of the leading dance companies in the world.

BOSTON BRASS: Christmas Bells Are Swingin’. 8 p.m. Dec. 22. This ensemble of trumpets, French horns, trombones and tubas has its way with big-band arrangements of classics like the Stan Kenton-arranged Christmas carol “Greensleeves” and a Motown “Jingle Bells.”

BROADWAY’S NEXT HIT MUSICAL. 8 p.m. Feb. 1-2, 2019. Studio Theatre. Yes, that’s the title. Every night is different in this improvised and unscripted theatrical awards show. Audiences suggest songs, and the cast creates a spontaneous evening of music and laughs.

All programs are in the Studio Theatre.

COL. JILL W. CHAMBERS. 3 p.m. Sept. 22. The retired Army officer talks about her career path as a military woman and how she survived the 9/11 attack at the Pentagon, which left her with post-traumatic stress disorder. She also talks about how her own disability led her to create a PTSD program for soldiers.

DEA NARCOS. 8 p.m. Oct. 16. With ex-DEA agents Steve Murphy and Javier Peña. The special agents give a firsthand lesson in history as they talk about their efforts to bring down Colombian drug lord Pablo Escobar, considered the world’s first narco-terrorist.

ISAAC BEN-ISRAEL. 8 p.m. April 3, 2019. Ben-Israel discusses his work in cybersecurity and the fight against cyber threats. His credits are considerable: The onetime Israeli Defense Forces general and Knesset member chairs the Israeli Space Agency and the National Council for Research and Development and leads the security studies program at Tel Aviv University.

All programs are in the Byers Theatre.

PINK BOOTS AND A MACHETE. 8 p.m. May 6, 2019. American primatologist Mireya Mayor has been compared to Indiana Jones for her work on the Nat Geo WILD series “Wild Nights With Mireya Mayor.” She shares stories, images and film clips of her adventures.

All performances in this five-show series are in the Byers Theatre. Season subscriptions ($150-$265 plus fees) are on sale now and available only by phone at 404.477.4365. Single tickets are on sale as of June 1. Details HERE. The lineup: 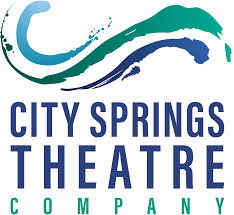 ELF THE MUSICAL. Dec. 7-16. Based on the 2003 Will Ferrell movie about a man who’s been raised as an elf at the North Pole and goes to America to search for his true identity.

BILLY ELLIOT. May 3-12, 2019. Set in an English town during the miners’ strike of 1984/85. It follows young Billy’s journey from boxing ring to ballet class and beyond.

HAIRSPRAY. July 12-21, 2019. The 2003 Tony-winning best musical features 1960s-style music and is based on the 1988 John Waters movie about a plump, big-haired teenager named Tracy Turnblad.

[CITY SPRINGS THEATRE COMPANY: ALL MUSICALS ALL THE TIME]

All performances are in the Byers Theatre.