The professional, nonprofit company will produce musicals and arts education initiatives featuring regional and national artists, according to a statement. Look for its first production — 42nd Street — in September.

The City Springs district, bordered by Allen Road on the south and Johnson Ferry Road on the north, gives Sandy Springs its first true “downtown.” Its 14 acres include multi-family housing; parkland; restaurants and coffee shops; retail; and city offices.

42nd Street. SEPT. 14-23. Winner of the 1981 Tony Award for best musical. It follows Broadway director Julian Marsh, who’s trying to stage a successful musical during the Great Depression. The score, by Al Dubin, Johnny Mercer and Harry Warren, includes “You’re Getting to Be a Habit With Me,” “We’re in the Money,” “Lullaby of Broadway” and “Shuffle Off to Buffalo.” A 2001 revival won Tonys for best musical revival and leading lady Christine Ebersole. 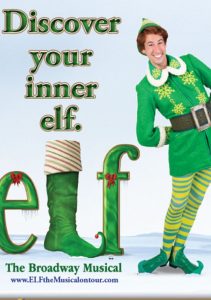 Elf the Musical. DEC. 7-16. Based on the 2003 Will Ferrell movie about a man who’s been raised as an elf at the North Pole and goes to America to search for his true identity. The musical had limited Broadway runs in 2011 and 2013 and national tours in 2014, 2015 and 2017, including one that stopped at the Fox Theatre. 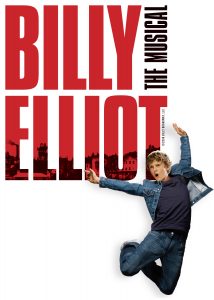 Billy Elliot the Musical. MAY 3-12, 2019. Set in an English town during the miners’ strike of 1984/85. It follows young Billy’s journey from boxing ring to ballet class where he discovers a passion that unites his family, inspires his community and changes his life. It won 12 Tony awards in 2009, including best musical. Some audiences may have seen its stop at the Fox Theatre.

Hairspray. JULY 12-21, 2019. The 2003 Tony-winning best musical features 1960s-style music and is based on the 1988 John Waters movie about a plump, big-haired teenager named Tracy Turnblad and her dreams of dancing on the local teenage TV dance show. The bright show also delves into issues of body-shaming and racism.

Season tickets for 2018/19 City Springs lineup will go on sale soon. Prices are not yet available, but season tickets can be reserved through the box office HERE or by calling 404.477.4365. Single-seat tickets go on sale May 1.