THE STAGES OF WINTER — Encore Atlanta
Skip to content
ShareTweetShare

5 WORLD AND 3 REGIONAL PREMIERES, CHRIS COLEMAN’S RETURN, AND EVENINGS WITH TONY KUSHNER AND AUGUST WILSON TOP OUR LIST OF WHAT TO SEE IN ATLANTA THEATER.

Arriving in May, in fact. But don’t look too far ahead just yet. From now through the end of April, Atlanta’s home-grown professional theaters will stage an intriguing, ambitious mix of comedy, topical drama, world and regional premieres and, in several cases, a welcome look back at some of America’s smartest plays.

We’ll encounter Euripides, Roy Cohn, Ethel Rosenberg, gods and people who think they’re gods. We get a full immersion in Tony Kushner’s storied Angels in America at Actor’s Express (prepare your backsides for heavy duty) and a double dip with Pearl Cleage in Hospice + Pointing at the Moon, two one-acts that are now a single piece, at the Alliance Theatre.

This rich list of 13 was culled from conversations, research, press releases, season brochures, a lifetime of theatergoing and 40 years as a theater artist and/or arts journalist. (We’re counting Angels at two shows because it requires separate tickets.) And, yes, the list is subjective. We welcome, encourage even, your thoughts, comments and debate. 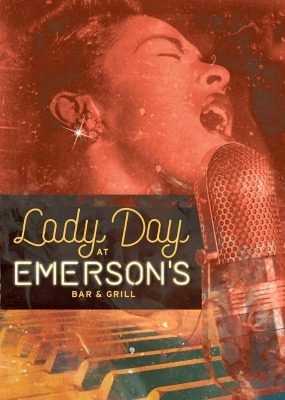 JAN. 11-FEB. 5 | Theatrical Outfit. The 2014 Broadway revival brought Audra McDonald her sixth Tony Award. Here, Terry Burrell (Broadway’s Thoroughly Modern Millie, Dreamgirls, Into the Woods; the Alliance’s Ethel) plays legendary jazz/blues singer Billie Holiday, a role she previously played off-Broadway. This drama with music is set at Emerson’s Bar & Grill in South Philly in 1959, four months before Holiday died at age 44. The evening, both intimate and epic, includes sad and ribald stories about Holiday’s difficult life and a song list that features “God Bless the Child,” “Strange Fruit,” “What a Little Moonlight Can Do,” “Crazy He Calls Me,” “T’ain’t Nobody’s Business If I Do” and 11 others. Eric J. Little directs, with musical direction by the great S. Renee Clark. $18-$51. Balzer Theater at Herren’s, 84 Luckie St. NW. Details, tickets HERE or at 678.528.1500. Discount tickets at PoshDealz.com. 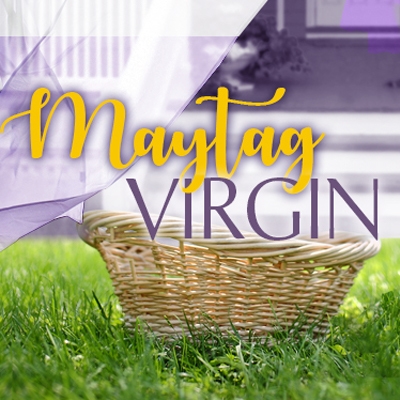 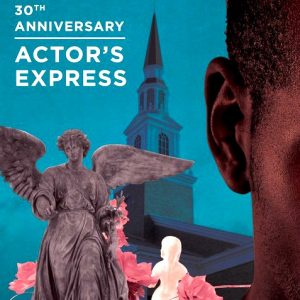 The Followers; A Retelling of the Bacchae 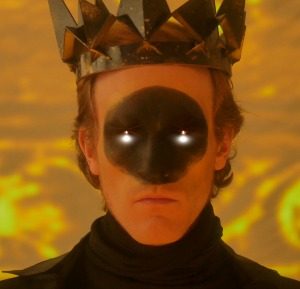 FEB. 1-25 | 7 Stages. Speaking of audacious. The 38-year-old L5P company looks to ancient Greece — 405 B.C., give or take — for its first production of 2018. Euripides’ The Bacchae delves into opposite sides of human nature: the rational, civilized side represented by the king of Thebes (Lowrey Brown) and the instinctive side represented by Dionysus, the god of wine and ecstasy (Ofir Nahari, a guest artist from Israel). 7 Stages’ telling, which qualifies as a world premiere, comes from Margaret Baldwin, an Atlanta playwright of note. It uses opera, dance, puppetry and physical theater to tell its story of blind faith, abuse of power and vengeance. Michael Haverty, the company’s co-artistic director, directs. Klimchak, who builds and plays unusual instruments, provides original music, with musical direction by Bryan Mercer and Naharin choreographing. In the Back Stage Black Box. $15-$25. 1105 Euclid Ave. NE. Details, tickets HERE or at 404.523.7647.

The Mystery of Love and Sex 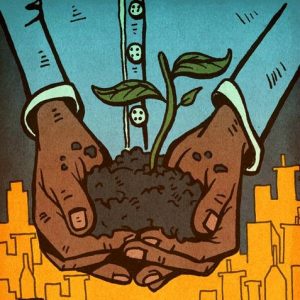 FEB. 13-MARCH 11 | True Colors Theatre Company. August Wilson (1945-2005) is one of the great American playwrights of any century, and remains a personal favorite. King Hedley II is part of his 10-play Century, or Pittsburgh, Cycle, all reflecting the black experience in 20th-century America. King (Neal A. Ghant) is an ex-con peddling stolen refrigerators in inner-city Pittsburgh in the 1980s. His goal: Buy a new business and thus, a new life. Surrounding him for better or worse in his quest are his wife, his mother, his mother’s ex-lover, his best friend and a neighbor named Stool Pigeon (Eddie Bradley), a wise, Greek chorus-kind of character. Also in the cast: Tiffany Denise Hobbs, Tonia Jackson, E. Roger Mitchell and Eugene H. Russell IV). Some consider King Hedley II a tragedy of Shakespearean proportions. It seemed so in a mesmerizing production at the Alliance in 2003/04. Recommended for age 16 and up (language, content). $20-$35. Southwest Arts Center, 915 New Hope Road SW. Details HERE, tickets at Ticket Alternative HERE or 877.725.8849. 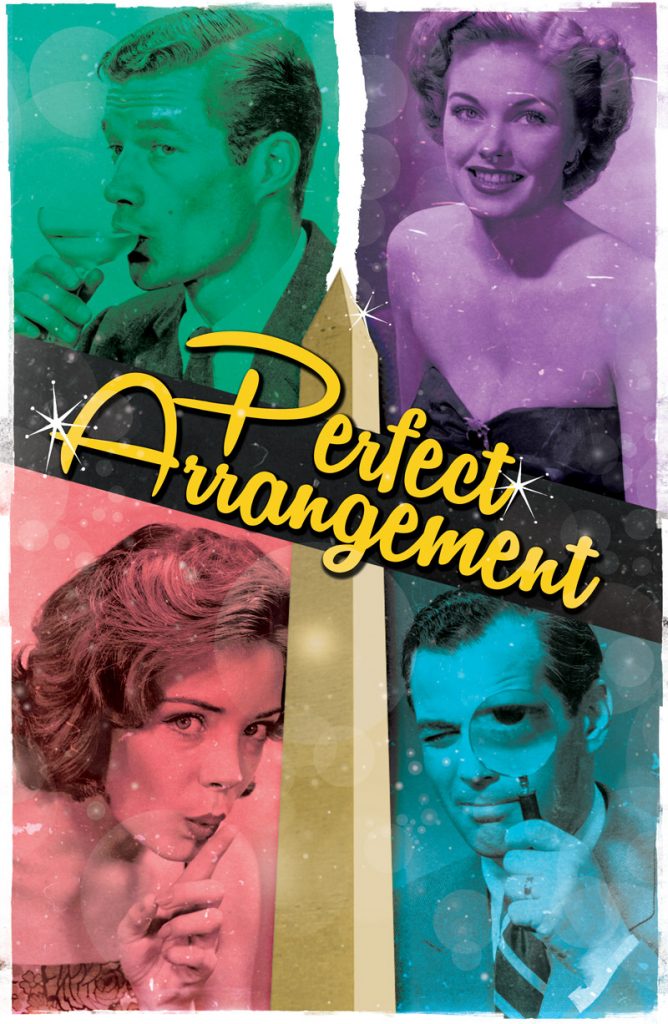 FEB. 22-MARCH 18 | Theatrical Outfit. Bob loves Jim, and Norma loves Millie. Both couples are masquerading as heterosexual during the Lavender Scare of the 1950s (when sexual “deviants” were targeted for dismissal from federal employment). Topher Payne, well-known to metro audiences (Angry Fags, The Only Light in Reno, Let Nothing You Dismay, Swell Party), won the 2014 American Theatre Critics Association Osborn Prize for his script, called “a clever canapé of a comedy” by The New York Times. It has played across the country and off-Broadway and although the Outfit run is its professional Atlanta premiere, it workshopped in its early days at the Process Theatre. The cast: Joe Knezevich (Bob), Clifton Guterman (Jim), Courtney Patterson (Norma), Ann Marie Gideon (Millie), plus Stacy Melich, Kevin Stillwell and Ann Wilson. Adam Koplan, of New York’s Flying Carpet Theatre Company, directs. Contains mature themes and content. $20.50-$49 (Feb. 22-23 previews a bit cheaper). Balzer Theater at Herren’s, 84 Luckie St. NW. Details, tickets HERE or at 678.528.1500. 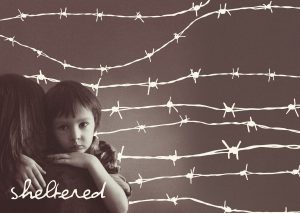 Hospice + Pointing at the Moon 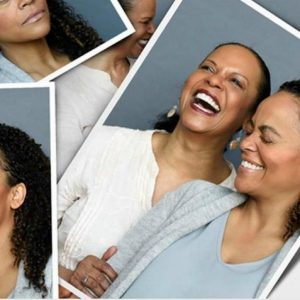 MARCH 23-APRIL 15. ALLIANCE THEATRE AT THE SOUTHWEST ARTS CENTER. A world premiere, of sorts. Pearl Cleage, the Alliance’s playwright-in-residence, gives us two one-acts that follow a woman named Jenny as she deals with unresolved questions from her past. In Hospice, she confronts the approaching death of her estranged mother. Her story continues some 30 years later in the brand-new Pointing at the Moon, which takes place immediately after the 2016 presidential election. Jenny, now a respected scholar and literary critic, is reluctantly drawn into the swirl of political and cultural changes and must choose between her comfortable life and her deeply held beliefs. Hospice, which premiered in 1983, won five AUDELCO awards for achievement off-Broadway; Pointing at the Moon is a world premiere. The cast adds to the excitement of a new piece: Atlanta-based actors Terry Burrell (Ethel, Cinderella and Fella, Lady Day at Emerson’s Bar & Grill) and Tinashe Kinjese (Disgraced, Blues for an Alabama Sky). Timothy Douglas, a New York-based director/actor/writer/educator, directs. $20-$45 (previews cheaper); $10 teens. The Southwest Arts Center is at 915 New Hope Road SW. Details, tickets HERE or at 404.733.5000. 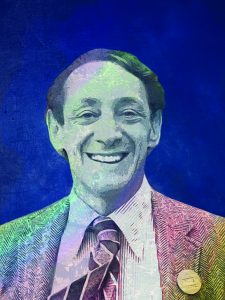 MARCH 9-10 | ACTOR’S EXPRESS AT ST. MARK UNITED METHODIST CHURCH. Welcome home, Chris Coleman. The return of Actor’s Express’ co-founder and longtime artistic director is, indeed, reason to rejoice. He’s back for a two-night-only concert version of The Harvey Milk Show (done at AE in 1992 with Coleman in the title role). Harvey Milk was the first openly gay elected official in San Francisco, serving on the board of supervisors for 11 months before his assassination on Nov. 27, 1978, at age 48. Coleman helped create the Express in 1988 and led the company until 2000, when he became artistic director at Portland Center Stage in Oregon. In May, he becomes artistic director at the Denver Center for the Performing Arts in May. This special concert is part of the Express’ 30th-anniversary-season celebration. $55. Post-show cocktail party with Coleman on Saturday is an additional $50. St. Mark is at 781 Peachtree St. NE. Details, tickets HERE or at 404.607.7469. 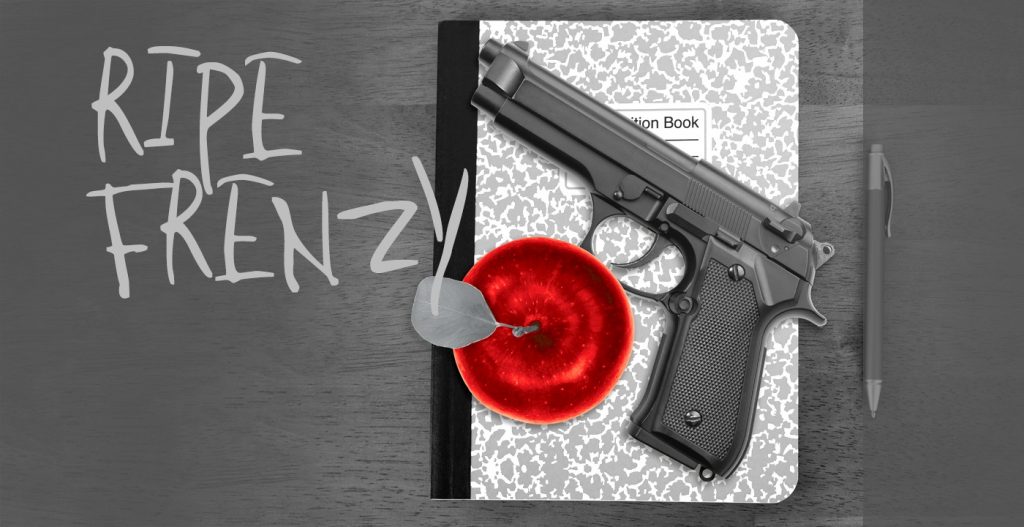 APRIL 13-MAY 6 | SYNCHRONICITY THEATRE. This world premiere by Jennifer Barclay won the National New Play Network’s 2016 Smith Prize for political theater. It brings us to Tavistown, N.Y., where a recent tragedy has shaken the small community. Zoe, our narrator and the town historian, recounts the days leading to the incident, as the high school prepares for its semiannual production of Thornton Wilder’s Our Town. Barclay, an actor-turned-playwright  formerly based in Chicago and California, is now on the faculty at the University of Maryland. Atlanta-based A-listers Megan Cramer (Georgia Shakespeare back in the day) and Taylor M. Dooley (Aurora’s Burnpile) lead the cast, with artistic director Rachel May directing. $27-$31 (previews cheaper; swanky seat upgrades available). Synchronicity in the One Peachtree Pointe building, 1545 Peachtree St. NE. Details, tickets HERE or at 404.484.8636. 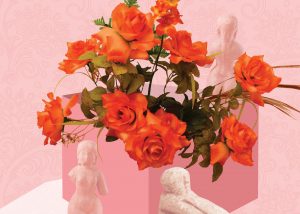 APRIL 21-MAY 13 | ACTOR’S EXPRESS. World premiere. Atlanta playwright Daryl Lisa Fazio’s comedy, part of AE’s 2016 Threshold Festival of New Plays, now gets a full staging. It follows Ingrid (Stacy Melich), an uptight academic who researches sexual behavior in primitive cultures while remaining completely closed off from her own sexual self. When she loses her university job, she writes erotica to pay the bills — unleashing her own journey of, well, discovery. Melissa Foulger directs a cast that includes Matthew Busch (The Thrush and the Woodpecker), Eliana Marianes and Joshua Quinn. $31-$44 (previews cheaper, opening night most expensive). King Plow Arts Center, 887 West Marietta St. NW. Details, tickets HERE or at 404.607.7469. Discount tickets at PoshDealz.com.