The world premiere musical The Prom, which opened the Alliance Theatre’s 2016/17 season, has set a Broadway opening.

According to The New York Times, the show will open Nov. 15, 2018, at an unspecified Shubert theater. The Prom is one of at least seven shows planning a 2018/19 opening even though this season is relatively new. 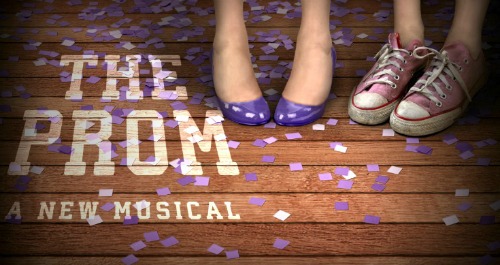 The Prom — now being called “Broadway’s musical comedy with issues” — was conceived by producer Jack Viertel. It tells the story of an Indiana high-school student named Emma, who becomes an outcast and makes national headlines when she wants to attend the prom with her girlfriend. The prom is canceled, and the well-meaning efforts of some fading celebrity do-gooders create chaos in Emma’s Indiana town.

In Atlanta, the cast was led by Broadway regulars Brooks Ashmanskas, Beth Leavel and Christopher Sieber, with Caitlin Kinnunen (The Bridges of Madison County) as Emma. There’s no word yet on casting for Broadway.

Critical response to The Prom was mixed to positive. The Atlanta Journal-Constitution called it “a crowd-pleasing spectacle with a well-intentioned message”; Variety said “think Fun Home meets The Drowsy Chaperone.”