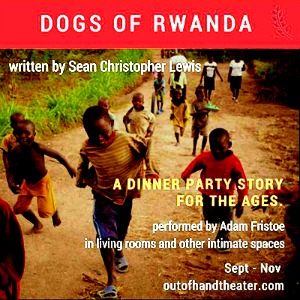 Out of Hand Theater’s Dogs of Rwanda begins in 1994 and ends in 2014. Its only character is a 16-year-old boy on a mission trip, who stumbles into the nation’s ongoing genocide. Twenty years later, a letter arrives from a boy he tried to save. Performed by Out of Hand’s Adam Fristoe in living rooms and other intimate spaces in metro Atlanta and beyond. Performances are mostly on Friday and Saturday nights. The National New Play Network rolling world premiere was written by Sean Christopher Lewis. Now, through Nov. 18 and PoshDealz, you can host this event for half-price.