THE PLAYS OF SUMMER — Encore Atlanta
Skip to content
ShareTweetShare

OUR SPRING/SUMMER SUMMARY OF ATLANTA THEATER’S BEST BEGINS  WITH A BANJO, ENDS WITH A SHAKESPEARE REUNION AND VISITS CIVIL WARS, CIVIL RIGHTS AND A SKID ROW FLOWER SHOP.

THE CITY’S STAGES no longer shut down in spring and summer as they once did. That’s all for the better — if you like to slip inside a cool, dark theater for a professional pop of mind-bending, brain-tickling or toe-tapping fun.

This spring/summer season we have a dancing granny and a dancing handkerchief. We travel from the Civil War to rural Mississippi in the age of desegregation. And we visit wartime Liberia, the mind of King Lear, Skid Row and Nazi-era Berlin. 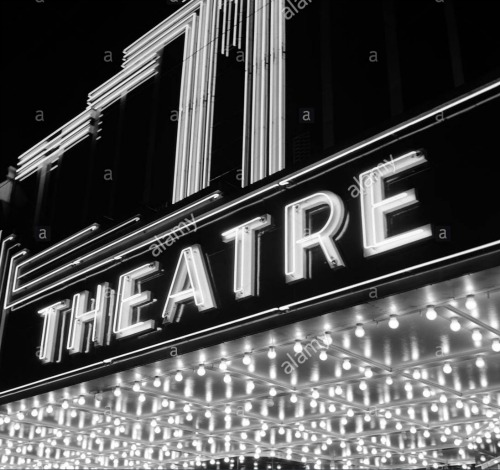 What has us most excited? Two plays by Lauren Gunderson, the prolific Decatur-born, San Francisco-based playwright (in May and July); and Richard Garner, returning to his onetime Georgia Shakespeare home at the Conant Performing Arts Center to direct — what else? — Shakespeare (in August). Gunderson this season is the most-produced living playwright in the country.

Keeping an eye on a national trend, we’re mostly happy to report that, on metro stages at least, female playwrights (5) very nearly gain parity with their male counterparts (6)

Our spring/summer best-of-Atlanta theater roundup features 11 titles at nine companies — all professional. We pull from the list of Suzi Bass Award-eligible companies and do not include any community or quasi-professional theaters. Please feel free to agree, argue and/or comment. Theater is much more fun with a bit of friendly dissent. Our favorites, in chronological order: 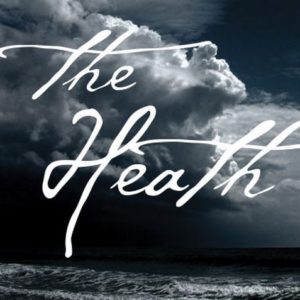 MAY 4-5  |  SYNCHRONICITY THEATRE. Decatur-born, San Francisco-based playwright Lauren Gunderson makes the first of two appearances on our list. She describes her deeply personal, one-woman show as “kinda like a Shakespeare hoedown that make make you cry.” The piece, a banjo memory musical, was inspired by the 2012 death of her grandfather. She interweaves family lore with Shakespeare’s King Lear and grapples with mortality, madness and regret while celebrating life, music and the power of a good story. This is a workshop production, which means Gunderson might not feel it’s ready for prime time. We’ll likely disagree. Two nights only. $24-$28. At One Peachtree Pointe, 1545 Peachtree St. NE in Midtown. Details, tickets HERE or at 404.484.8636.

MAY 13-JUNE 11  | ACTOR’S EXPRESS. Suzan-Lori Parks’ 2015 Pulitzer Prize finalist resets Homer’s epic Greek poem The Odyssey during the American Civil War. In this trilogy, a slave named Homer — in exchange for a promise of freedom — follows his master into battle for the Confederacy. Among the characters, his dog Odd-See, so named because his eyes “go this way and that.” Parks, who won the 2002 Pulitzer for Topdog/Underdog, examines what it means to be free and true. Father, which won off-Broadway’s 2015 Obie Award for playwriting, is one of the most celebrated pieces of the past decade. Martin Damien Wilkins directs. Evan Cleaver plays Hero. $22 and up. At the King Plow Arts Center in West Midtown, 887 West Marietta St. NW. Details, tickets HERE or at 404.607.7469. Discount tickets at PoshDealz.com. 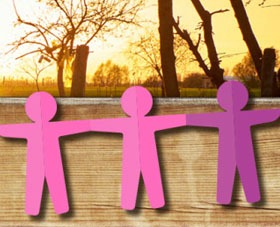 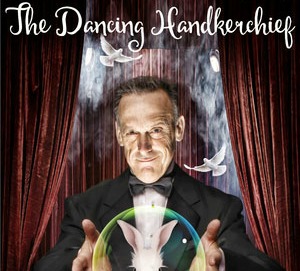 JUNE 1-18  |  THEATRICAL OUTFIT. Described as part magic act, part musical and part puppet show. The Dancing Handkerchief features early songs by the multi-award-winning composer-lyricist Robert Lopez (who went on to write Avenue Q, The Book of Mormon, and Frozen). It tells the story of Mysterioso the Magician (Tom Key) and his curious child, Bastienne (Devon Hales), who, through an epic separation and reunion, learn to see each other in a truer, hope-filled light. A Balladeer sings tunes that paint a comic and fantastical world inhabited by a beckoning handkerchief, an otherworldly suitcase, magical creatures and one rather large rabbit. A co-production with New York’s Flying Carpet Theatre Company. Flying Carpet artistic director Adam Koplan directs the show he co-wrote, with musical direction by S. Renee Clark. $20-$48 ($50 opening night). At the Balzer Theater at Herren’s, 84 Luckie St. NW. Details, tickets HERE or at 678.528.1500. Discount tickets at PoshDealz.com. 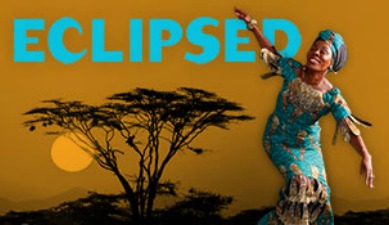 JUNE 2-25  |  SYNCHRONICITY THEATRE. Caught in the grip of the Second Liberian Civil War (2000-2003), five women struggle to negotiate power, protection and peace in this tale of hope and resilience. The script by Danai Gurira (Michonne on “The Walking Dead”) made history as the first Broadway show with an all-black, all-female creative team and cast. The drama was nominated for six Tony awards, including best play, and won for costume design. Tinashe Kajese directs. Her cast: Asha Duniani, Charity Jordan, Shayla Love, Parris Sarter and Isake Akanke. Eclipsed has been called “miraculous and savagely funny” (Deadline), “rare and powerful” (The New York Times) and “a moving, must-see” (New York Magazine). Synchronicity is one of the first regional companies in the country to get the rights to Eclipsed following its Broadway run. $23-$45. At One Peachtree Pointe, 1545 Peachtree St. NE. Details, tickets HERE or at 404.484.8636. 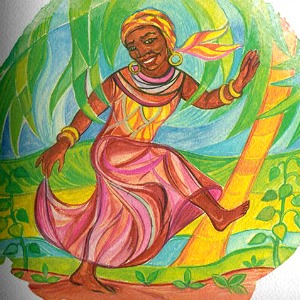 JUNE 10-JULY 16  |   ALLIANCE THEATRE ON THE ROAD. A family-friendly world premiere based on the children’s book by 2017 Newbery Honor recipient Ashley Bryan. In this play with music, Ananse, the clever spider from African folklore, tries to trick Granny into dancing away from her garden so he can take her vegetables. The script is by Alliance/Kendeda Competition alumnus Jiréh Breon Holder (Too Heavy for Your Pocket). Staged in conjunction with the High Museum of Art’s Painter and Poet: The Wonderful World of Ashley Bryan. The Alliance is in the midst of renovations, so Dancing Granny will visit three sites: the Conant Performing Arts Center at Oglethorpe University in Brookwood (June 10-18); The Galloway School in Buckhead (June 24-July 2); and Spelman College (July 8-16). Details, tickets HERE or at 404.733.5000.

Between Riverside and Crazy 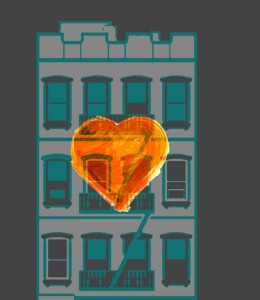 JULY 11-AUG. 6  |  TRUE COLORS THEATRE COMPANY. The New York Times called this 2015 Pulitzer Prize winner for best drama “a dizzying and exciting place to be,” and said playwright Stephen Adly Guirgis “has a splendid ear in blurring lines between the sacred and profane.” The story: Ex-cop “Pops” Washington is doing his best to hold onto his dignity and one of the last great rent-stabilized apartments in Manhattan, but he’s had enough. His wife recently passed away, the liquor store can’t keep up with his thirst, and his last living relative, a son, moves in with his girlfriend and a newly sober buddy. Pops holds onto old wounds — physical and emotional. Eric J. Little directs. Note: Contains adult language/situations. $20-$35. Southwest Arts Center, 915 New Hope Road. Details, tickets HERE.

Ada and the Memory Engine 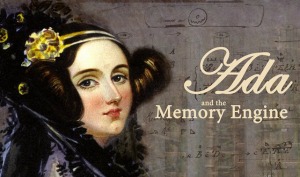 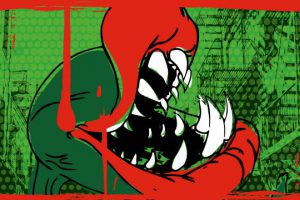 JULY 15-AUG. 20. ACTOR’S EXPRESS. Down on Skid Row, budding botanist Seymour Krelbourn is down on his luck and secretly in love with his co-worker Audrey. When he discovers a new species of plant that promises him unending fame and fortune, he thinks all his problems are solved — but there’s a rather bloody catch. The Howard Ashman-Alan Menken tuner debuted off-off-Broadway in 1982 before moving off-Broadway and running for five years. A 2004 Broadway version featured Hunter Foster (Tony Award nominated) as Seymour and Kelly Butler as Audrey. It all began, of course, with the 1960 Roger Corman-directed non-musical film and the 1986 movie musical with Rick Moranis. At AE, Juan Carlos Unzueta (In the Heights, Pais de Bicicleta at Aurora Theatre) is Seymour, Kylie Brown is Audrey and William S. Murphey is Mr. Mushnick, the flower shop owner. $21-$45. At the King Plow Arts Center in West Midtown, 887 West Marietta St. NW. Details, tickets HERE or at 404.607.7469. 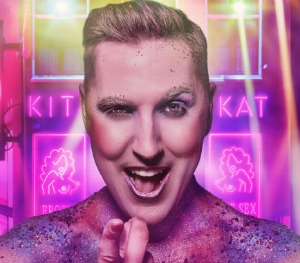 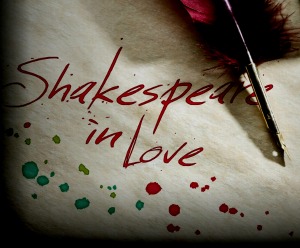 AUG. 30-SEPT. 24  |  ALLIANCE THEATRE ON THE ROAD. It’s hard to decide what’s more attractive here — the script or the fact that Richard Garner, formerly of Georgia Shakespeare, is directing. Garner comes home to the Conant Performing Arts Center at Oglethorpe University with this new play based on the 1998 Oscar-winning film. Young Will Shakespeare has writer’s block. The deadline for his new play is fast approaching, but he desperately needs inspiration. Then he finds his muse, Viola, a beautiful young woman who will stop at nothing to appear in his next play. Paddy Cunneen wrote the stage adaptation. No casting has been announced. Season tickets available; single tickets not on sale yet. The Conant is at 4484 Peachtree Road NE. Details, tickets HERE or at 404.733.5000.