SAY GOODBYE TO STALE BUNS AND SOGGY PIZZA. BIG-LEAGUE FOOD & DRINK ARE LINED UP AT THE ALL-NEW, YEAR-ROUND BATTERY ATLANTA AT THE BRAVES’ NEW HOME.

The Atlanta Braves officially open SunTrust Park — and the Battery — on April 14 against the San Diego Padres. 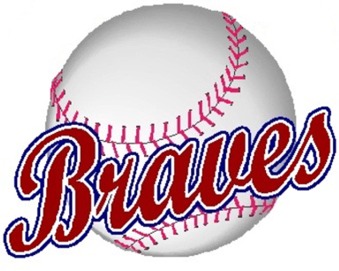 By leaving downtown, the Braves set out to start over, with a blank canvas that would include a state-of-the-art ballpark and a year-round experience that would bring fans — and others — to the area when grown men weren’t trying to hammer a hard white ball.

Thus, The Battery Atlanta was conceived: a 1.5 million-sq. ft. mixed-use development with a luxury hotel, a concert venue, boutique shopping, 550 residences, and world-class dining and entertainment. So, this month, after more than 1,100 days of cranes and hard hats, SunTrust Park and the Battery Atlanta are ready – or almost ready — for their close-ups.

Not every eatery will be open by Opening Day, but you can get your utensils ready for a Murderer’s Row from some of Atlanta’s most beloved chefs, plus outposts of some of the hottest concepts nationwide. Also, thanks to the Battery’s open-container policy, you’ll be able to roam a bit with your spirited beverages.

Not listed below but part of the Battery are a Haagen-Dazs ice cream spot and BURN, an upscale cocktail-and-cigar lounge. BURN debuts sometime this summer.

Here’s what else is on deck, who’s still warming up, and who’s ready to start on Day 1 (in alphabetical order). Remember, the lineup and opening dates are still a bit fluid.

Giovanni Di Palma’s Neapolitan pizza phenomenon fires up the brick ovens at a third location (the others are in West Midtown and Alpharetta’s Avalon), promising more than the floppy disappointment of traditional ballpark slices. A fourth Antico is planned for Mercedes-Benz Stadium downtown. Projected opening: To be determined.

A vino wonderland. Servers doubling as sommeliers direct your journey through more than 30 wines by the glass and more than 300 bottles on a wine list honored by Wine Spectator magazine. The grapes at Crú Food & Wine Bar come with a seasonal menu. Projected opening: Late spring.

James Beard Award-winning chef Linton Hopkins and his wife, Gina (Restaurant Eugene, Holeman and Finch, Longleaf and H&F Burger), get into the steakhouse game with this Southern twist on highbrow meatery. C. Ellet’s, named for Hopkins’ great-grandfather, is a 6,500-sq. ft. room seating up to 200, with a New Orleans flavor. Projected opening: May.

Forget the traditional ballpark nachos with canned cheese dip. Chef Ford Fry brings the smoky Tex-Mex grub that has made his Avalon location in Alpharetta famous. Tacos, nachos, carnitas and fajitas are made fresh with top-quality meats smoked over wood. Fry says to expect a vintage truck serving grab-and-go margaritas to be parked outside the restaurant. Projected opening: Opening Day.

The Battery location is the 10th outpost of this deli concept. You’ll find sandwiches, bagels and even matzo ball soup here. Projected opening: May.

Chef Marc Taft catapults from his success at Marietta’s Chicken and the Egg with this new spot, a 3,000-sq. ft. space making buckets of fried chicken, chicken tenders, Nashville hot chicken and more. FEED will offer counter service on game days; lunch and dinner patrons the rest of the year can avail themselves of a more relaxed, full-service dining area. Beverages from a fully stocked bar can be taken for a walkabout outside the restaurant. Projected opening: May.

Hugh Acheson is the chef behind this spot, promising a variety of flavors that are light years away from traditional ballpark franks. Expect flavors from andouille (spicy smoked pork sausage with garlic and Cajun seasonings) to merguez (spicy fresh mutton- or beef-based sausage from North Africa). Projected opening: TBD

A self-proclaimed “eatertainment” establishment. When it opens in a 27,000-sq. ft. restaurant-bar-entertainment area, the Punch Bowl will serve a menu designed by chef Hugh Acheson and offer a craft beverage program. Patrons can bowl, play bocce or belt it out in a private karaoke room. Topping it off: a 2,200-sq. ft. rooftop patio overlooking the Battery and the ballpark. Projected opening: October 2017 (in time for the playoffs?).

A union of brew and ‘que. Terrapin Taproom unites the signature craft beers from its Athens brewery with the Texas-style barbecue of Fox Bros. (first in Inman Park). Beer geeks will love the adjacent ATL Brew Lab, a microbrewery where Terrapin’s brewmasters will tinker with brewing methods, including baseball-themed brands. Fans get first dibs on sips of Terrapin that cannot be found elsewhere. Projected opening: Opening Day.

Celebrity chef Todd English is opening his eponymous tavern as part of the forthcoming Live! at the Battery project. Expect upscale bar food that showcases “Southern heritage with an international influence.” The roughly 40,000-sq. ft. Live! will include the PBR Cowboy Bar (Professional Bull Riders Association) as well as an entertainment venue called Sports and Social. It will sit outside the entrance to SunTrust Park. Projected opening:  Opening Day.

A fast-casual burger joint founded by executive chef Paul Wahlberg and his celebrity brothers, Mark and Donnie. Expect a variety of fresh burgers, crispy fish sandwiches and a few vegetarian options. A full-service bar will serve adult frappes, cocktails, and wine and beer, including the signature Wahlbrewski — an unfiltered pale ale custom-made by Harpoon Brewery that will be available to go. The restaurant’s attitude comes from the brothers’ hometown of Dorchester, Mass. Projected opening: May.

The ballpark version is the second Yard House (the original is in Atlantic Station). Expect suds served by the yard from 130 taps in a 12,000-sq. ft. space (capacity: 829). Nosh on revved-up bar food, and jam out on classic rock amid original abstract art from Jerome Gastaldi. Projected opening: Opening Day.