Those are some of the happy adjectives being tossed about by leaders and musicians at the Atlanta Symphony Orchestra. A recent $2.5 million gift from the Delta Air Lines Foundation has enabled the ASO to exceed its $25 million Musicians’ Endowment fundraising campaign two years ahead of schedule. 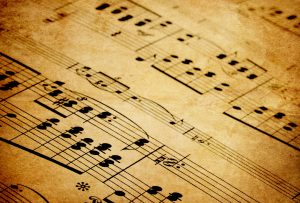 The fund permanently endows 11 musician positions, a commitment the ASO made to restore 11 positions and bring the orchestra to its full complement of 88 players. The two newest musicians are principal trombonist Samuel Schlosser and piccolo/flute player Gina Hughes. Auditions are being held for the remaining positions.

Details on Hughes’ previous stops and training are not yet available.

To recognize the Delta contribution, the principal tuba chair, held by Michael Moore, will be endowed and named the Delta Air Lines Chair.

In other ASO news, assistant conductor Joseph Young has earned a distinguished young alumni award for professional achievement from the University of South Carolina. Young, a native of Goose Creek, S.C., graduated in 2004 with a bachelor’s degree in music education. He received his graduate degree from the Peabody Conservatory at Johns Hopkins University in Baltimore in 2009.

Young, also music director of the Atlanta Symphony Youth Orchestra, joined the ASO in 2014 and conducts more than 50 concerts per season. He made his orchestral debut in 2008 with the Baltimore Symphony Orchestra and is a three-time recipient of the Solti Foundation U.S. Career Assistance Award for young conductors.