CATCH UP WITH 8 TIMS FROM ALLIANCE THEATRE STAGINGS. ONE HAS GROWN TO 6-FOOT-3. ONE IS ON BROADWAY. ALL AGREE THAT PLAYING THE ROLE WAS A VERY BIG DEAL.

“GOD BLESS US, EVERYONE.”

Tiny Tim, the sweet but sickly Cratchit boy, delivers perhaps the most memorable line in the Dickens holiday classic.

While the 1843 story centers on the redemption of nasty old Ebenezer Scrooge, Tiny Tim is its beating heart, representing the goodness that the miserly Scrooge so seriously lacks.

The role of 6-year-old Tim Tim isn’t huge. But it’s a big deal for the young actors who’ve carried his signature crutch and spoken his memorable lines on the Alliance Theatre stage.

When Nicholas Sanders won the part in 2011, “he absolutely thought it was the biggest role in the show,” his mom, Courtney Sanders, says with a laugh.

It’s a role that not just any kid shy of 4-foot-4 can play. Tim is emotionally mature for his age and size, which is why the boy cast is often a smidge older than 6.

When looking for Tim, director Rosemary Newcott says she seeks a certain “quality.” She wants a small person with “soulful” eyes, who is able to “understand the journey that is Tim’s journey.”

She questions potential Tiny Tims at auditions, so she can learn “about the heart standing in front of me, and the child’s understanding of giving.”

This year — the Alliance’s 27th A Christmas Carol and Newcott’s 17th —Marco Schittone, 9, plays Tiny Tim. He was in the Alliance’s world premiere of Tuck Everlasting in 2015, and went with the show to Broadway. He “has a radiance and intelligence about him that belie his years,” Newcott says.

Follow us now to Christmas Carols past and get reacquainted with a Tiny Tim or two you might remember. 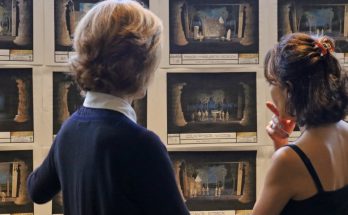 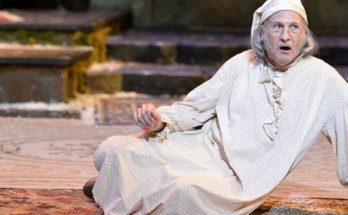