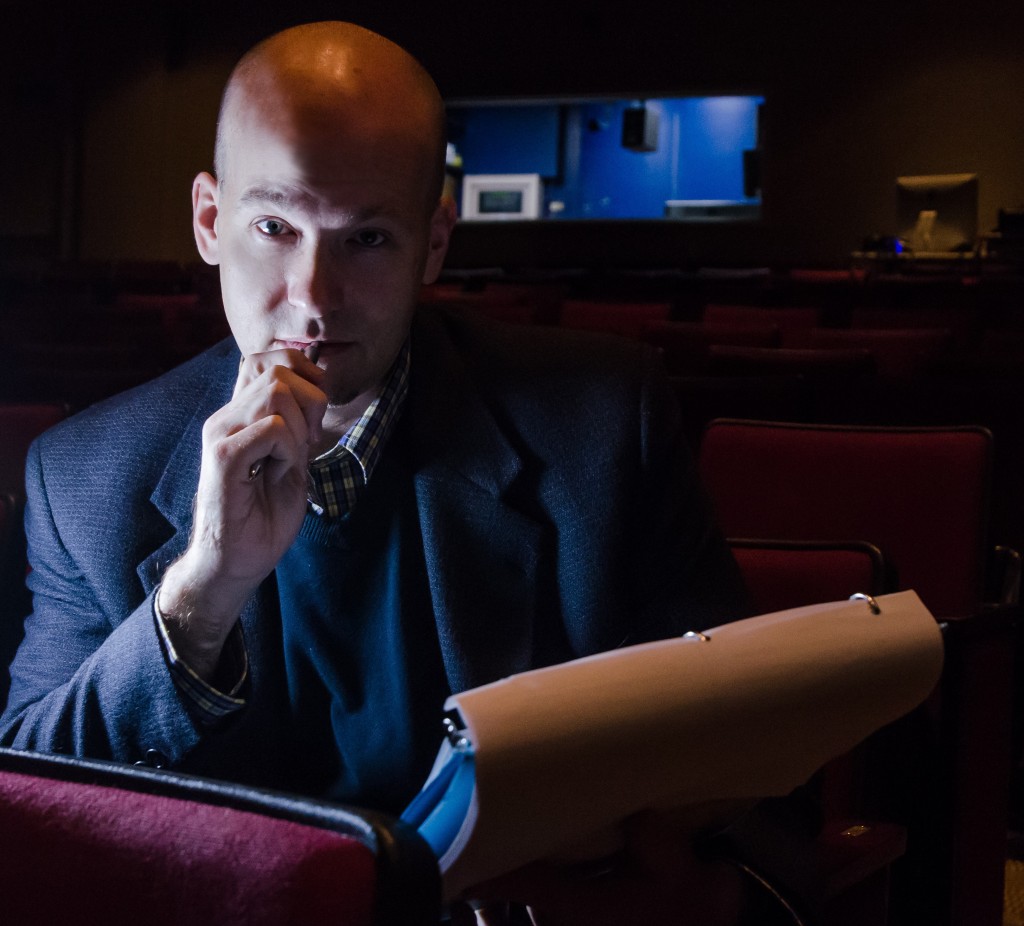 Silent Sky at Theatrical Outfit. Equus at Actor’s Express. The Elephant Man at Georgia Ensemble Theatre. If you’ve seen any of these, you’ve seen the work of director David Crowe. Up next: His vision of Romeo & Juliet, the first Shakespeare piece that GET has done in its 23-year history. It opens Thursday and runs through Nov. 22. (Details, tickets HERE.)

THE BASICS: A director, actor and teacher, David has been working in Atlanta theater for about 25 years.

HOMETOWN: Roopville, in southern Carroll County (population: about 200), where his parents had a convenience store on the county line.

EDUCATION: Bachelor’s degree in mass communications/theater from the University of West Georgia (1991). Studied directing at the University of Washington. Was the casting director and literary manager at Actor’s Express (1999-2000) and then education director (2000-03).

ARTIST AT HEART: Spent his first two years in college as a visual arts/painting major, before becoming involved in theater and directing as a junior.

ALWAYS A NOMINEE: Four Suzi Bass Award nominations for best director of a play — the Outfit’s Silent Sky (2015), Georgia Ensemble’s The Elephant Man (2014), and Equus and Venus in Fur (both 2013) at the Express.

HIS VISION OF R&J: “This is a very respectful adaptation, but it is an adaptation. In reading Romeo & Juliet, I was really surprised that I didn’t know all the little stories going on around the characters of Romeo and Juliet. Friar Laurence, the Nurse, Juliet’s parents. The tragedy of the play exists in these older characters who should know better.”

THE FREELANCE LIFESTYLE: “I worked more last year than I have in my entire life and made less money than I’ve made in my adult life.” He makes end meet by working as rentals coordinator for Roswell’s performing arts center.

DREAM GIG: “To do some Chekhov. I also love the idea of taking something in literature, or a play, and sitting with a group of collaborators and doing something that delights an audience. To take something stuffy or ultra-realistic and turn it on its ear.”

PLUGS: Directing the 1892 cross-dressing comic farce Charley’s Aunt (Jan. 7-24) at GET. He promises something “visually exciting.”