We’ve looked at the lineups and brochures, the directors and the casting and come up with a list of 10 don’t-miss productions. They’ll take you from 1880s America to modern-day China, from a mental institution to the Grand Canyon, from flights of fancy to out-and-out despair. And, you’ll have a good time getting there.

This list is arranged in chronological order. We don’t play favorites; we just like good work. As you read on, remember: Yockey, Chekhov and the Express. The Atlanta Journal-Constitution once said, “Experience at least one Yockey show in your lifetime.” For once, we agree with it.

ONE FLEW OVER THE CUCKOO’S NEST 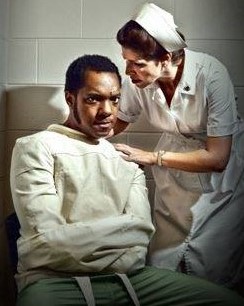 Sept. 2-20 | Alliance Theatre. Neal A. Ghant and Tess Malis Kincaid go iron will-to-iron will as the rule-flouting Randle P. McMurphy and the malevolent Nurse Ratched in this classic American story that has also been a novel and a film. McMurphy gets himself committed to an asylum to avoid a jail sentence, and, from there, his life spirals toward oblivion. This cast includes some of Atlanta’s very best talent – Richard Garner, Ann Marie Gideon, Chris Kayser, Joe Knezevich, Bethany Anne Lind and Eric Mendenhall among them. Details, tickets HERE or at 404.733.5000. (Pictured: Ghant and Kincaid. Photo by Greg Mooney)

Sept. 10-20 | Théâtre du Rêve & 7 Stages. See it in English or French. Inspirations for this co-pro include Dante’s Inferno, Thomas Mann’s The Magic Mountain and film stills from Cindy Sherman. Celles d’en haut, set in an “establishment” on an isolated mountaintop, celebrates women of all ages and their relationships. Wicked humor is promised. The four-person cast features Atlanta favorites Carolyn Cook and Park Krausen. Details, tickets HERE or at 404.523.7647. 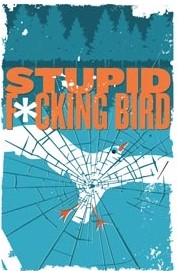 SEPT. 12-OCT. 11 | Actor’s Express. Here we have our first Chekhov sighting. Playwright Aaron Posner’s script smashes the classic The Seagull as the agendas of a passionate young director, a famous novelist, a beautiful young actress and an aging Hollywood star. It premiered in Washington, D.C., where the Post described it as “a funny, moving slugfest, a ripe mashup of mock and awe.” Who’d want to miss that? The Express cast: Lane Carlock, Evan Cleaver, Stephanie Friedman (Pluto), Matt Felton, Theo Harness, Robert Lee Hindman and Rhyn Saver. Details, tickets HERE or at 404.607.7469.

SEPT. 25-OCT. 19 | Synchronicity Theatre. Synchronicity staged Sarah Ruhl’s In the Next Room, or the Vibrator Play in 2011 and reintroduces it this season to audiences in its year-old Midtown space with a cast that is 5/7 new. Newcomers Daniel Thomas May, returning to the Atlanta stage after a four-year absence to work in film and TV, and Bryn Striepe (Lasso of Truth’s Amazon), play the physician so wrapped up in science that he ignores his young wife. Also new: Wendy Melkonian, Maria Rodriguez-Sager and Michelle Mills. Tony Larkin and Doyle Reynolds return. This sex comedy with a head on its shoulders and a heart on its sleeve takes place in the 1880s, when a new medical contraption has everyone abuzz. It was nominated for the Pulitzer Prize and three 2010 Tony awards, including best play. Details, tickets HERE or at 404.484.8636.

VANYA AND SONIA AND MASHA AND SPIKE

OCT. 1-25 | Aurora Theatre. Chekhov mashup No. 2. Melancholy turns into mayhem when Vanya (Bill Murphey) and his sister, Sonia (Lala Cochran) — along with their clairvoyant housekeeper (Denise Arribas) — are paid a surprise visit by their movie star sibling (Tess Malis Kincaid) and her boy toy. This co-pro with Horizon Theatre played in town over the summer. Playwright Christopher Durang borrows characters and themes from Chekhov, pours them into a blender and spins a hilarious and occasionally touching story of regret, sibling rivalry and growing older. The co-production with Horizon Theatre, where it played this past summer, is directed by Justin Anderson. Details, tickets HERE or at 678.226.6222. 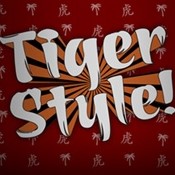 SEPT. 30-OCT. 18 | Alliance Theatre. Two years ago, playwright Mike Lew won the Alliance/Kendeda National Graduate Playwriting Competition with Bike America, a smart, sneakily funny-sad exploration of one young woman’s search for meaning in her life. The fact that the cast “rode bicycles” cross-country by jogging behind handle bars and front wheels just upped the fresh factor. Well, Lew is back, this time on the mainstage, where co-conspirator Moritz von Stuelpnagal (a Tony Award nominee for Hand to God) again directs. This time Lew unlooses his wit in a dark comedy about two young Asian-Americans who wonder what they might owe their immigrant heritage. Details, tickets HERE or at 404.733.5000. 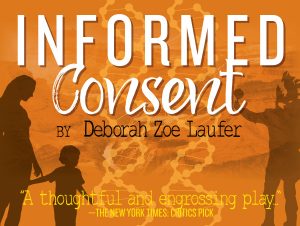 OCT. 9-NOV. 8 | Horizon Theatre. An “urgent, challenging and of-the-moment” (Cleveland Plain Dealer) drama about one woman’s quest to answer the mysteries of science and her own life, inspired by a landmark court case between one of the country’s largest universities and a Native American tribe based in the Grand Canyon. The playwright is Deborah Zoe Laufer (Horizon’s 2009 End Days). Originally a co-production between Geva Theatre Center in Rochester, N.Y., and the Cleveland Play House, directed by onetime Atlantan Sean Daniels (now artistic director at Merrimack Repertory Theatre in Lowell, Mass.). It closes soon off-Broadway, where it has been a New York Times Critics Pick. Details, tickets HERE or at 404.584.7450. 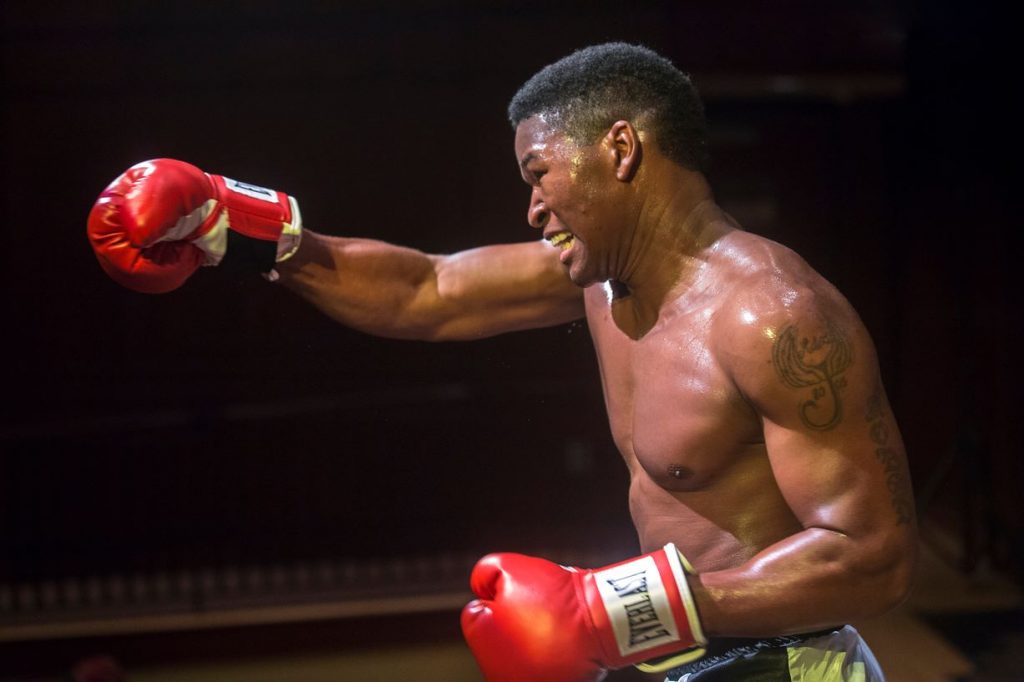 THE THRUSH AND THE WOODPECKER 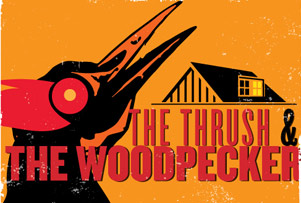 OCT. 31-NOV. 15 | Actor’s Express. Danger and vicious humor propel this revenge thriller by Steve Yockey, a former Atlantan and, for my money, one of the smartest and bravest playwrights working today. Express audiences have taken previous rides with his Pluto and Wolves. This time, a mother, her college-age son and a mysterious visitor from the mother’s past find themselves on a betrayal-fueled collision course. The cast include Express favorites Stacy Melich and Kathleen Wattis. Details, tickets HERE or at 404.607.7469.

NOV. 6-22 | Actor’s Express. A National New Play Network rolling world premiere. This piece, promised for several seasons, finally finds its stage. The story: Years of success, meticulous planning and an eye for detail have in no way prepared Vivienne Avery for her mother’s slide into dementia. Initially hiding behind insomnia-fueled baking and a polite smile, stories about her mother leave Vivienne’s inner turmoil quietly laid bare in a juxtaposition of stories, theatrical gestures, and a childlike Alzheimer’s “creation myth.” The Los Angeles-based Yockey wrote this script, too. Carolyn Cook, who plays Vivienne, has been developing the piece with Out of Hand Theater. Not incidentally, she has been caring for her own mother, who also has Alzheimer’s. Also in the cast: Maia Knispel and Joe Sykes. Details, tickets HERE or at 404.607.7469. 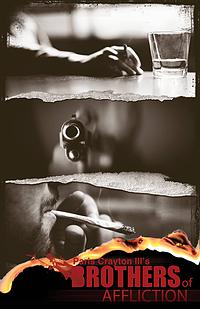 Brothers of Affliction by Atlanta playwright Paris Crayton III returns for a third time Nov. 5-22. This Rising Sage Theatre production is the story of three brothers and the secrets that bond them – and tear them apart. Details, tickets HERE.

Calendar Girls, the fastest-selling play in British history, makes its U.S. premiere at Georgia Ensemble Theatre in Roswell. Like the feature film and story on which it’s based, we get the story of an English women’s group who tastefully chuck their clothes to create a fund-raising calendar. Details, tickets HERE or at 770-614-1260.

Kathy Janich, Encore Atlanta’s managing editor, has been seeing, working in or writing about the performing arts for most of her life. She’s a member of the Theatre Communications Group and the Literary Managers and Dramaturgs of the Americas. Full disclosure: She’s affiliated with Synchronicity Theatre mentioned above.