WITH ALL THE BARBECUE, watermelon and flag waving that goes on in July, it’s hard to remember that America almost lost the Revolutionary War. When Colonists first rebelled against British governors in 1775, it wasn’t a popular movement. The establishment considered them zealots. Allegiances to one side or the other split families. On the British side stood well-trained and provisioned soldiers backed by paid mercenaries. The American militia comprised largely untrained, undisciplined volunteers who, especially near the end of the conflict, marched shoeless, inadequately clothed and fed.

Despite being outnumbered, suffering disease, desertions and critical military defeats, the Americans managed to do what unhappy colonists worldwide could not: They expelled the British Empire. It didn’t happen overnight. It took eight painful years. But when Gen. George Washington captured Gen. Charles Lord Cornwallis at the Battle of Yorktown on Oct. 19, 1781, the conflict turned. Sea skirmishes continued, but Yorktown ended land-based fighting and helped convince British Parliament to sue for peace, which finally came with the 1783 Treaty of Paris.

If your memory of this fascinating chapter in American history has dimmed, consider a trip to Historic Jamestown and Yorktown, Va., where the motto is “History Is Fun!” and nearby Colonial Williamsburg. You’ll find pioneer, Colonial and Revolutionary War museums, artisans demonstrating 17th– and 18th-century crafts, historic battlegrounds, archaeological parks and other family-friendly attractions. It’s an excellent way to celebrate America’s birthday month while learning more about its earliest inhabitants, rebels and pioneers. 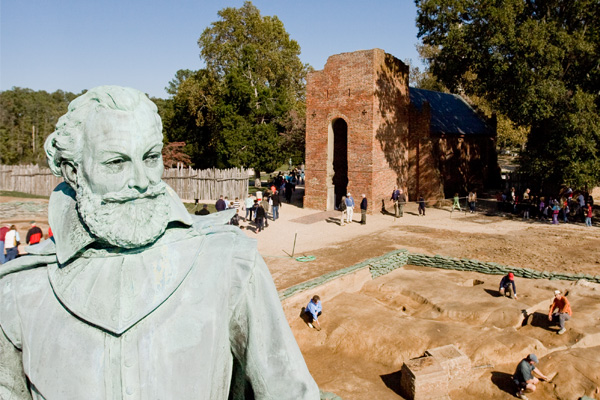 Gain insight into the life and legacy of the first American settlers at the Jamestown Settlement and Yorktown Victory Center. Inside the Victory Center, learn the real stories behind icons like Pocahontas, Chief Powhatan and John Smith as you visit chronologically arranged galleries that tell the story of America’s first permanent settlement. The Jamestown Settlement outside is an open-air living history museum that demonstrates how people lived in the 17th century. The reconstructed settlement, filled with historically accurate Native American and Colonial buildings and ships, features costumed tourism professionals, amateur historians and artisan craftspeople.

Afterward, visit the real 1607 James Fort at Historic Jamestowne. Archaeologists have unearthed more than 2 million artifacts since discovering it 20 years ago. Choose a tour led by an archaeologist, park ranger or educator. Then dine at the Dale House Cafe (historicjamestowne.org/visit/plan-your-visit/cafe/) overlooking the James River. 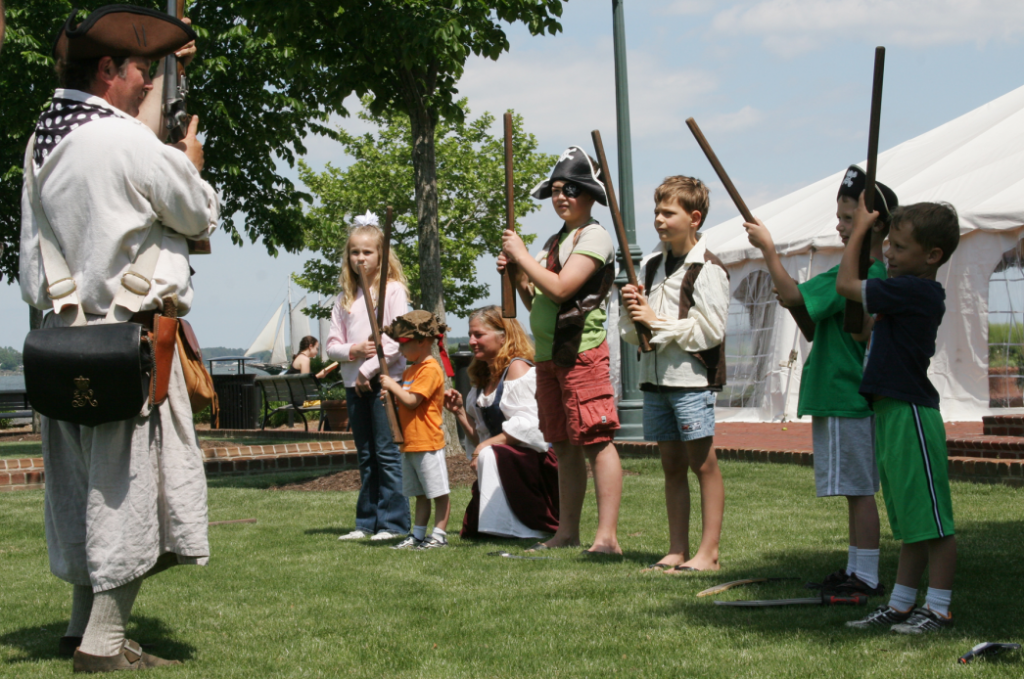 Active travelers might enjoy hiking, biking or jogging through nearby Yorktown Battlefield,  which is lined with historic markers. Self-guided driving tours are another way to see the pivotal battle sites, 300-year-old trenches and other wartime mementos. The battlefield is part of the Colonial National Historical Park, which includes the Yorktown National Cemetery and historic homes.

Most visitors opt to stay in Williamsburg, which offers traditional hotels and bed-and-breakfast inns as well as historic guest homes in its Colonial district. Now known as “The Revolutionary City,” the 1920s restoration of Colonial Williamsburg (est. 1633) began as a personal project of John D. Rockefeller Jr. What began with the renovation of one historic building became an obsession to restore the entire district to its pre-Revolutionary-era appearance. 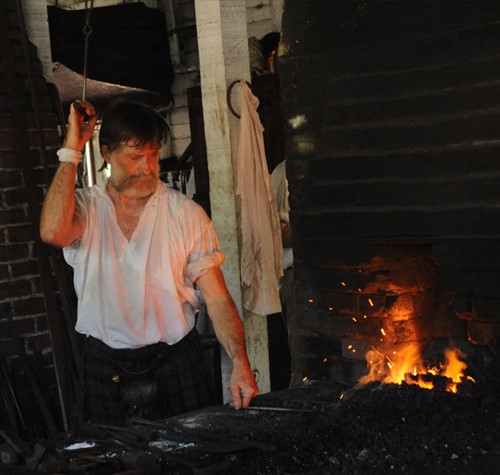 To do so, Rockefeller purchased every parcel of land and every structure in the city’s historic district, save one home, which remained a private residence for many years. Modern structures were replaced with historical replicas. He was able to restore 88 original structures, including Trinity Church, where George Washington worshiped, and install 500 historic-looking buildings.

Attractions include Merchant Square, with its concentration of shops and restaurants, and more than 20 daily and self-guided tours. At the courthouse, visitors become participants in the re-enactment of historic court cases. Costumed “residents” explain how industries were affected by the Revolutionary War, talk about life in that era and teach kids how to garden in the Colonial Nursery. There’s also an art museum featuring American and British decorative arts and a full calendar of evening activities.