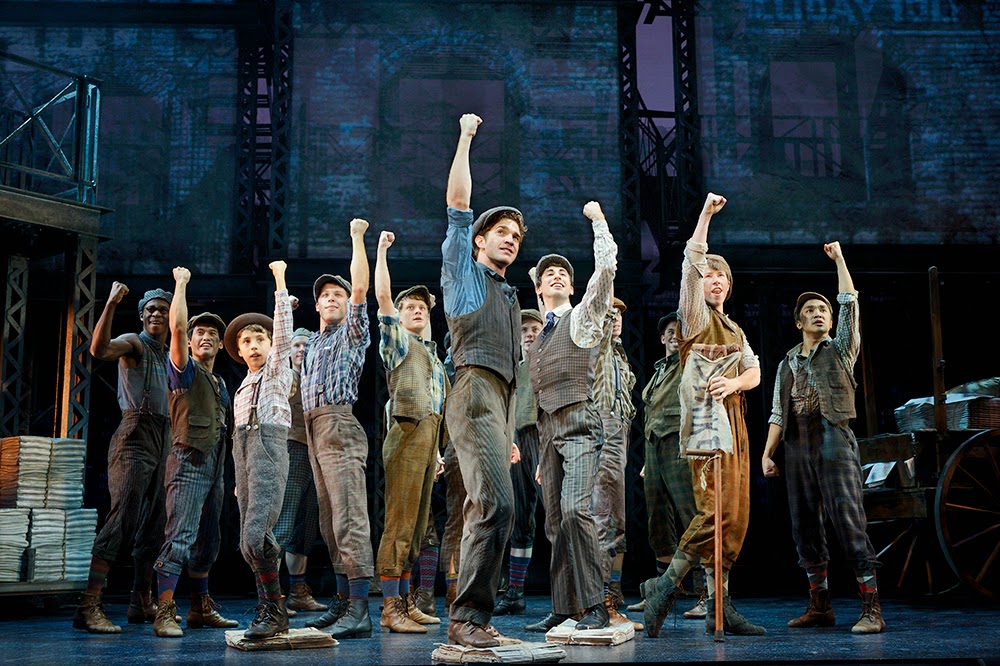 Newsies and “Fansies” are one of those great intertwined pop cultural phenomena, in which a movie/book/TV series and a devoted, even obsessive fan base, help elevate each other to giddy new heights.

Based on a failed 1992 film, the musical Newsies opened on Broadway in 2012 with a planned run of just 12 weeks. Instead it played 2.5 years, won two Tony Awards and inspired a devoted following, overwhelmingly young and female, who call themselves “Fansies.”

“Typically in theater you don’t get that kind of reaction from the fans, where they line up to give you presents and handmade art and cookies they baked,” says Zachary Sayle, who plays the newsboy Crutchie in the national touring company at the Fox Theatre.

“It’s all because of them that the show became such a hit,” he says. “The relationship is definitely intense.”

Jordan Wilkes, a senior at Mableton’s Pebblebrook High School for the Performing Arts, agrees. “I’m a huge Fansie,” she says. “Newsies is a classic that everyone falls in love with the moment they see it.”

Well, not everyone. Released in 1992, the movie Newsies was a box-office dud, despite songs by Disney hitmaker Alan Menken (The Little Mermaid, Beauty and the Beast). It starred a then-unknown teenager named Christian Bale in a loose film adaptation of a real 1889 strike in New York City by newsboys (those lovable urchins seen mainly in old movies holding newspapers on sidewalks and yelling “Extra! Extra!”) against publisher Joseph Pulitzer. 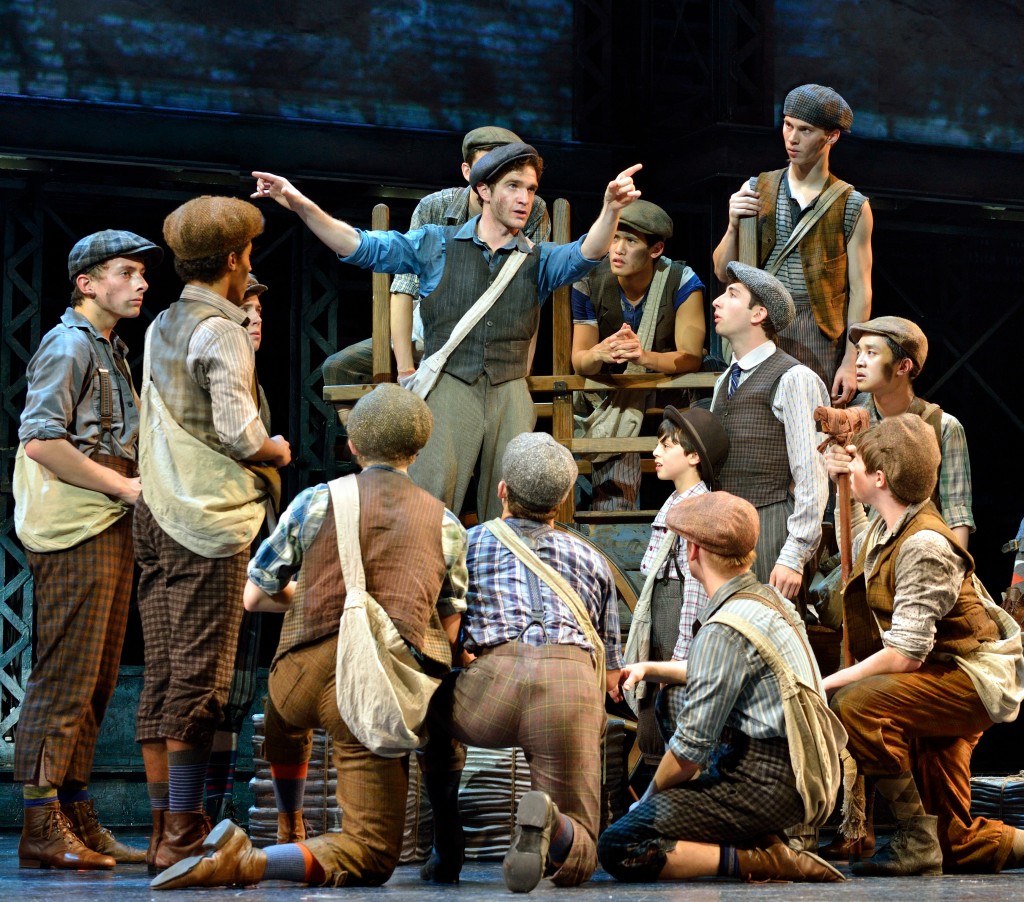 But as some movies do, it caught on in video and DVD, and started to attract a growing audience by word of mouth: the power of the slumber party to shape pop culture.

“The first time I saw Newsies I was 7 years old and it was the movie. I saw the musical on Broadway much later,” says Alyssa Payne, a Pebblebrook freshman. She and her friends sometimes sing the songs in the hallways at school. Could part of its appeal be that the show features a cast of good-looking young men? “That’s definitely a part of it!” she says, laughing.

The movie came out in pre-Internet days, but “Fansies” are definitely a digital phenomenon. There are blogs written for and by Fansies; “fan fiction” that imagines the characters in entirely new stories; Twitter hashtags; Facebook fan pages; and so on.

“When I got cast, Disney representatives warned us they were going to put the press release out,” Sayle says. “They said we might want to start a Twitter account so we could communicate with the fans. But be prepared to be bombarded. In less than 24 hours I went from zero followers to 200. And we had not performed yet.”

Ten years ago, an actor at the Fox might have been met at the stage door with requests for autographs. For the cast of Newsies, Sayle says, “the typical combination is ‘Will you sign my playbill, and can we take a selfie?’” A page on his website is devoted to selfies he took on tour with Fansies.

It’s ironic that all these modern accouterments of social media are used to talk about a story that takes place only 25 years after the Civil War and that revolves around a job that hasn’t existed for decades – newsboy – and a medium that barely registers among young people – actual newspapers.

But those details are not what Fansies latch on to.

“It’s more the idea that Jack Kelly, the lead character, has a dream of escaping the oppression that he’s under and being his own person and not having to answer to anyone,” says Jordan Wilkes. That, she says, is a dream that will always resonate with young people. “We feel like we’re a part of that, we just have this connection. I understand why they are going on strike; let me take part with you.”

Or as Teddy Roosevelt, then governor of New York, says in the finale: “Each generation must, at the height of its power, step aside and invite the young to share the day.”

‘Cause they will share it whether they’re invited or not.

Phil Kloer has written about the arts in Atlanta for 29 years, for The Atlanta Journal-Constitution, the website ArtsATL.com and Encore Atlanta in print and on its website.