Dahlonega’s Holly Theatre has won a $10,000 grant from the Fox Theatre Institute (FTI) dedicated to restoring and preserving the community’s popular downtown theater. 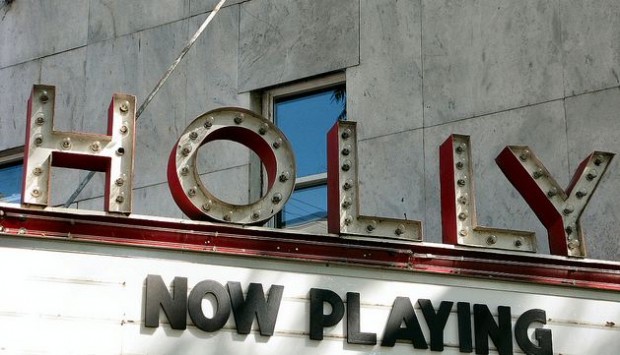 Grant funds will be used on masonry for three sides of the building and an eco-friendly retrofit of its original marquee. The sign will be fixed, painted and given LED bulbs. The project should be finished by June 30, according to FTI spokesmen.

The Holly Theatre has a history of being an economic engine in Dahlonega (population: 6,000), especially in the downtown area, says Molly Fortune, the Fox’s director of restoration and operations.

The FTI is, in a way, a pay-it-forward program. The Fox, saved from demolition itself 40 years ago, uses the FTI to help other historic Georgia theaters stay relevant and thrive.

The FTI began in 2008 as a nonprofit arm of the Fox Theatre, offering preservation and operations advice to arts venues across the state. To date, it has collaborated on 10 projects in places like Americus, Athens, Augusta, Brunswick, Calhoun, Fitzgerald, Macon, Manchester, Marietta, Rome, Statesboro and Thomaston as well as Atlanta, investing more than $332,000 in those communities. The Fox has been collaborating with the Holly Theatre for more than five years.

The Holly opened July 12, 1948, with a screening of MGM’s The Bride Goes Wild with Van Johnson and June Allyson, although movies had been filmed and shown in the town as early as 1915. The Holly was as it is now: a brick building with a Georgia marble façade that held 500. Today it hosts community theater and a concert series.

In addition to the Fox grant, the Holly Theatre received a $20,000 grant from Georgia Tourism and the Georgia Council for the Arts. For more details on the Fox Theatre Institute, go HERE.