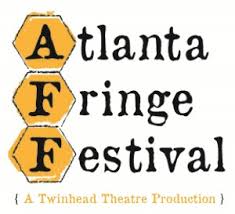 The Atlanta Fringe Festival has two messages for metro artists and performers.

First, you have until Jan. 5 to submit your performance proposal for a chance to win a slot in the June 2015 schedule lottery (submission fees and directions below.)

Second, the payout is rising for fest artists who perform, from 75 percent of the box-office take this year to 85 percent in 2015.

“We love that we’re now in a position to give back even more to our artists,” says executive director Diana Brown. “With a full 85 percent of the box office going right into their pockets, they have a real opportunity to create rad art in a safe space and make money from it.”

This summer’s Fringe fest will again include Audio Fringe, an Internet podcast of radio plays and recorded stories. Details on that will come later.

An unjuried lottery will determine which applicants get slots for the fourth annual festival in June. The lineup will be announced at a February reveal party (to include preview performances from some 2015 artists), a family-friendly Easter-themed Art Hunt in March and opening-night/closing-night parties at the festival itself. A few more details:

May the Fringe be with you.