ATLANTA HOPS TO IT — Encore Atlanta
Skip to content
ShareTweetShare 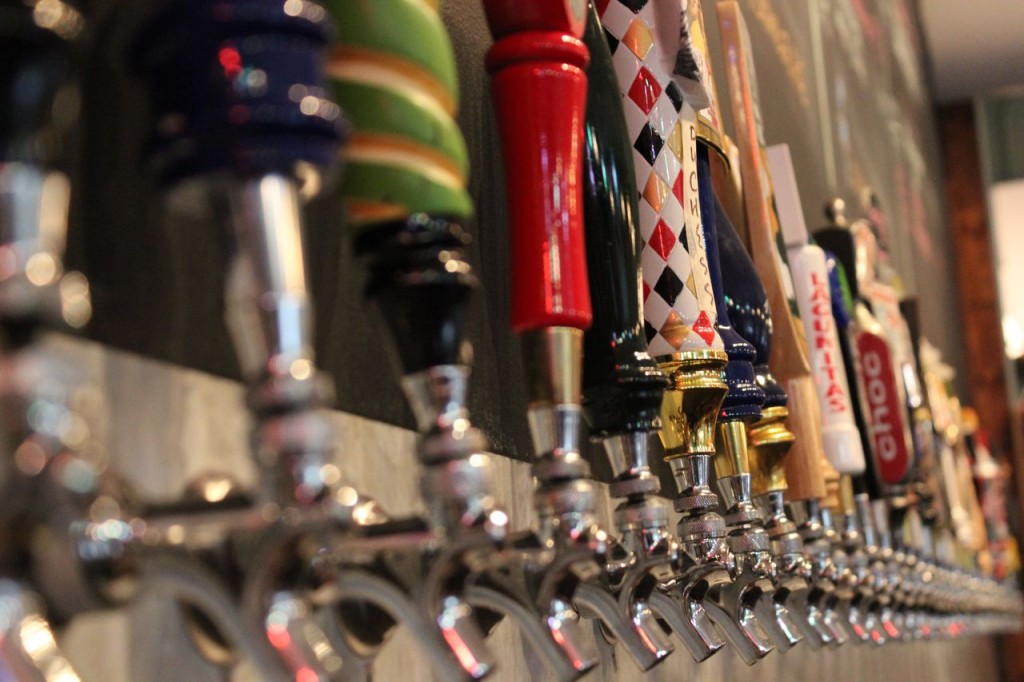 In the past 10 years, Atlanta’s beer scene has exploded with the flowering of Georgia breweries, seasonal beer festivals and buy-beer-by-the-ounce growler stores. This year alone, 26 beer festivals will bring enthusiasts and their designated drivers to the metro area. The Georgia Craft Brewers Guild lists 23 unique Georgia breweries, including old favorites like Sweetwater and Terrapin, and cool new ventures like Monday Night Brewing and Three Taverns. The list is forever growing and mutating.

This beer boom didn’t happen overnight. Bob Townsend, food and drink writer for The Atlanta Journal-Constitution, can map the city’s beer growth better than almost anyone. “The Southeast was kind of the redheaded stepchild,” he says. “The South was behind and there was pent-up demand. Breweries are growing here to meet that demand.”

Now, he says, the city’s beer culture is booming like everywhere else in the United States. We just had some catching up to do to go pilsner-to-ale with leading craft beer markets in Colorado and on the West Coast.

When the newspaper first approached Townsend to write a column called “Beer Town” more than a decade ago, he was flattered but thought he’d run out of content. “Now I have too much to write about,” he says. “There’s no way to get to it all.”

To become a contender in the national beer scene, Atlanta, still a notch on the Bible Belt, went up against social and legal Southern traditions. The century-old law to ban alcohol sales on Sundays ended in 2011, though some rural Georgia counties still have it. 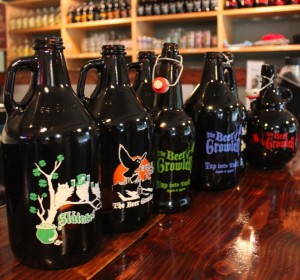 Companies like the Beer Growler ran into legal issues. Atlanta natives Dennis Young, Paul Saunders and Sean Galvin sought to create a store where draft beer could be bought on-site in half-gallon jugs called growlers, allowing the sale of craft beer to-go. Georgia law forbids this because growlers are not considered an “original package.”

Their attorney told them it was impossible to get growlers legalized, but the partners found a loophole: A growler could be considered an original package if it was filled, then capped with a tamper-proof seal. With the Department of Revenue’s approval, the first Beer Growler store opened in Avondale Estates in late 2010, doling out craft beer, cider and soda in 32-ounce or 64-ounce glass bottles.

“Atlanta’s local craft brewery scene has exploded because people want to support local,” says Saunders. “Why would I support a macro brewery when I can get a better product in my backyard?”

At least 10 growler companies have opened in the past decade, running multiple stores throughout the metro area and quickly filling a market that the Beer Growler made possible. Now Atlantans can have their beer, and take it home, too.

Amid the merry mayhem of a beer culture explosion, the pioneer of Atlanta’s beer scene rests in Decatur, peacefully serving perfect pints as it has since 1997. The Brick Store Pub, the beer bar and restaurant that maintains its reputation as the city’s brew frontier, has earned its place among national beer bars like Chicago’s Hopleaf and Brooklyn’s Spuyten Duyvil. Opened by Athens locals David Blanchard, Mike Gallagher and Tom Moore, this historic former hardware store follows the essential pub ideals: knowledgeable staff, appropriate glassware and conversation placed at a premium.

“When you walk into the pub, the first thing folks likely notice is that there are no televisions,” says manager Todd Dimatteo. The volume never makes guests compete to be heard and any staff member can get whatever you need.

Exposed brick and knotted wood connects the downstairs dining room with 22 draft lines focused on American beers, while the Belgian Bar upstairs features eight draft taps and more than 100 bottles of, what else, Belgian beer. Brick Store’s best seller, at this writing, is a tribute to new, new, new in Atlanta’s beer scene: Night in Brussels, from the new Decatur brewery Three Taverns.

When it comes to being the beer pioneers of the city, Dimatteo says, “We feel honored to have been a part of that history, and that beginning roots us in the present and aids us as we look toward and plan for the future. There’s a balance between remaining true to who you are as a business and being able to adapt.”

Where does Atlanta’s beer scene go from here? “I think of it in terms of larger food and drink culture,” says Townsend. “Craft beer follows that. We’re opening more Whole Foods and shopping at farmers markets. Yes, people will always get McDonald’s and eat white bread. But from ice cream to whatever, food and drink are leaning toward becoming premium brands and artisan stuff. Craft beer follows that trend.”

Atlanta’s beer economy will find its natural plateau and it seems craft beer is here to stay. Cheers to that.

Coming soon: A roundup of brewpubs, brewery tours and festivals.

Hally Joseph is a freelance writer living in Atlanta. She’s working toward her MFA in writing at SCAD Atlanta.