Synchronicity Theatre, in the business of doing smart, gutsy, bold work that lifts up the voices of women and girls, will feature two world premieres in its four-show 2013-14 season.

The nomadic company, one of a number in Atlanta that doesn’t have its own facility, will be in residence at the 14th Street Playhouse. It has previously performed at 7 Stages and Horizon Theatre in Little Five Points and Theatrical Outfit downtown.

This season, Synchronicity’s 16th “is a great example of who we are,” says Producing Artistic Director Rachel May, who helped found the company in the late 1990s. “A theater focused on refreshing your soul through authentic artistic experiences.” The lineup, in chronological order: 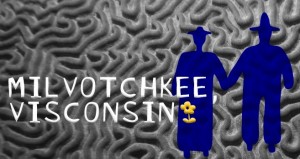 MILVOTCHKEE, VISCONSIN. Sept. 27-Oct. 20. A joint world premiere with Mo’olelo Theatre in San Diego. See the world through Molly’s eyes in this comedy about a tragedy. She guides us through Wisconsin’s Concrete Park (think Howard Finster in the north woods) and the vagaries of getting older, handling both with humor, bewilderment and a can-do spirit. This hilarious script will open your eyes and heart to lives lived with dignity and dreams fulfilled. The script, by Chicago-based playwright Laura Jacqmin, was discovered in Synchronicity’s 2011-12 SheWRITES new play festival. Patricia Henritze directs. 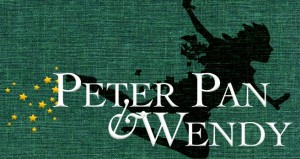 PETER PAN & WENDY.  Dec. 6-29. Peter’s not the only one who won’t grow up in this family musical. Wendy’s having trouble coming to terms with leaving her childhood room and putting on adult clothes. This swashbuckling adventure by Alyn Cardarelli and Steve Goers includes pixie dust, Neverland, Tinkerbell, the Lost Boys, Tiger Lily, mermaids, that crocodile, Captain Hook and opportunities for audience participation. Best for ages 4 and up. A co-production with Aurora Theatre. Justin Anderson (The Best Christmas Pageant Ever, Petite Rouge) directs, with music direction by Ann-Carol Pence and choreography by Becca Potter. 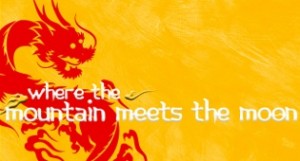 WHERE THE MOUNTAIN MEETS THE MOON. Feb. 7-March 2, 2014. Young Minli lives with her struggling parents near Fruitless Mountain in this fantasy crossed with Chinese folklore. Inspired by the rich tales her father tells her (and by a magical goldfish), Minli sets out to find the Old Man of the Moon who, it is said, knows the secret of good fortune. Based on the 2010 Newbery Honor Book by Grace Lin. The script, by Jeannine Coulombe is a Wizard of Oz riff with a huge heart. Best for ages 5 and up. Justin Anderson directs. 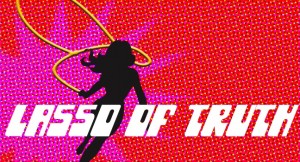 LASSO OF TRUTH. March 30-April 13, 2014. A rolling world premiere with Marin Theatre Company in California (the home of former Actor’s Express Artistic Director Jasson Minadakis). Playwright Carson Kreitzer (2009’s 1:23) returns to Synchronicity with this wild adventure. Put Wonder Woman, film noir, Gloria Steinem, Gen X comic-book lovers and The Philadelphia Story in the blender that is Kreitzer’s imagination and what do you get? A smart, seductive and wild romp through generations of sexual politics. Will you ever look at gender roles the same way again?

The Synchronicity season will include the 12th annual Women in the Arts Panel Luncheon in spring, bringing together artists and business people who brainstorm on a chosen topic, and the signature Playmaking for Girls performance in June, which showcases at-risk young woman learning to express themselves through theater.

Season passes are on sale at two levels: $30 for a Family Series pass (one ticket each to Peter Pan & Wendy and Where the Mountain Meets the Moon); and $115 for the Kitchen Sink — six tickets to use how you see fit throughout the season. Single-show tickets will go on sale at a later date. Details at 404.484.8636. For more on Synchronicity, go HERE.