Neo-Noir THE WOLF AT THE END OF THE BLOCK Plays Theatrical Outfit, 3/30-4/24 — Encore Atlanta
Skip to content
ShareTweetShare

The Balzer Theater at Herren’s will bring a mystery thriller from a modern playwright to Atlanta this spring.

Theatrical Outfit continues its return to the stage with an explosive work by acclaimed playwright Ike Holter – The Wolf at the End of the Block. Filled with grit and suspense, this new thriller will run at Balzer Theater at Herren’s in the heart of Downtown Atlanta from March 30 – April 24, 2022.

In the Words of Theatrical Outfit’s Matt Torney

“Ike describes the play as a ‘neo-noir,’ and he masterfully captures the feeling of threat and imminent violence as the events in the play spiral out of control,” says Torney. “As he unpacks the complex politics that surround the attack, he also places the characters in a shifting moral landscape where the difference between right and wrong becomes unclear. To me, this ambiguity is both startling and exhilarating, and offers a powerful counterpoint to the certainty we see in much of our politics today.”

About The Wolf at the End of the Block

Have you ever entered a world where nothing is as it seems? Abe, a resident of the Rightlynd neighborhood of Chicago, seeks justice after a mysterious, late-night attack at a boarded-up bar. In the next 48 hours, the neighborhood digs deep into escalating mystery, working against time to separate fact from fiction. But as the clock ticks down, the media gets involved, and what began as a simple mystery quickly twists into a personal, pointed and political thriller. A modern-day neo-noir, The Wolf at the End of the Block is “A Modern Masterpiece” (New City).

About The Wolf at the End of the Block Cast

It will star some of the best of ATL theatre – Anthony S. Goolsby (East Texas Hotlinks at True Colors Theatre), Mark Kincaid (Dividing the Estate at TO), Matt Mercurio (The Elaborate Entrance of Chad Deity at Theater Emory), Erika Miranda (The Wickhams: Christmas at Pemberley at TO), and Maria Rodriguez-Sager (Our Town & The Laramie Project at TO).

About The Wolf at the End of the Block Creative Team

Tickets to The Wolf at the End of the Block 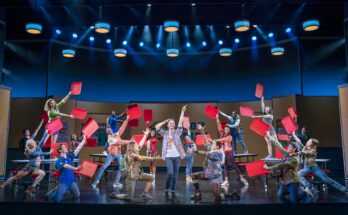 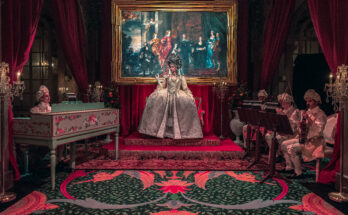