Synchronicity Theatre has just announced their newest season, featuring Mac | Beth, Wayfinding, The Bluest Eye, Ella Enchanted, The Hobbit, Unbound, What the Woolf Wore, The Gun Show, and I’m a Motherf@@@@@@ SuperStar: So Where are my Babies? With a mission statement centered around spotlighting women’s voices, the team behind the theatre says the chosen plays do just that.

Encore Atlanta has the full season’s listings below!

Mac | Beth
October 4 – 27, 2019
By William Shakespeare, Adapted by Erica Schmidt
Directed by Jennifer Alice Acker
On an autumn afternoon, in an empty lot outside the city, seven girls meet up to do a play. The girls are witches, ghosts, and kings. They hurl headlong into the unchecked passions of Macbeth—in Shakespeare’s original text—as the line between real life and blood fantasy quickly blurs. Through prophecies and smartphones, unexpected circumstances emerge from Shakespeare’s dark nightmare of ambition gone awry.

Wayfinding
March 6 – 29, 2020
A New Play by Whitney Rowland
Directed by Rachel MayEveryone in Jane’s life dies, and she’s starting to think it’s because of her. Harrison is flaky, indecisive, and unable to make the biggest commitment of his life. When Jane and Harrison’s paths intertwine, they embark on a journey that seals their fates. Wayfinding, a stunning new play by Whitney Rowland, is an unexpected, magical experience that explores what it means to love, lose, and find your place in the universe.

The Bluest Eye
June 5 – 28, 2020
By Toni Morrison, adapted by Lydia R. Diamond
Directed by Tinashe Kajese
Adapted for the stage by Lydia R. Diamond from Nobel Prize-winner Toni Morrison’s book, this is the powerful story of Pecola Breedlove, an African-American girl who believes that all the obstacles in her life could be overcome if she just had blue eyes. Gripping, thoughtful, and stunning, The Bluest Eye offers a poignant experience for audience members familiar and unfamiliar with this classic novel.

Every Friday is “PJs & Play” in which Children wear pajamas, have milk and cookies, and watch the show!

Ella Enchanted
December 13, 2019 – January 5, 2020
Book and lyrics by Karen Zacarias, music by Deborah Wicks La Puma, lyrics by Karen Zacarias, adapted from the book by Gail Carson Levine Directed by Jenna Tamisiea
Musical Direction by Amanda Wansa-Morgan
As a baby, Ella was given the “gift” to obey every command. Forced to do whatever is asked, including rubbing her stepsister’s stinky feet, Ella fights for independence.  She sets out on an extraordinary journey to battle ogres, befriend a prince, and crash a giant’s wedding to find her fairy Godmother, Lucinda, to undo the spell. A mythical musical based on the book by Gail Carson Levine, Ella Enchanted explores what it means to find your voice and decide your own fate.

The Hobbit
January 31 – February 23, 2020
Adapted from the original book by J.R.R. Tolkien by Greg Banks
Lyrics by Greg Banks & Tom Johnson
Directed by Jake Guinn
Produced in Association with Havoc Movement Company
When Bilbo Baggins ventures out of his hobbit hole, an epic adventure awaits. Join Bilbo, the wizard Gandalf, and a dozen determined dwarves as they set out to take back their home from the evil dragon, Smaug. In partnership with Havoc Movement Company, Synchronicity Theatre’s production re-imagines J.R.R. Tolkien’s classic masterpiece with five actors, acrobatics, and exciting fight scenes – all with a decidedly steampunk twist. Perfect for young and old adventurers alike, The Hobbitspins a tale of how with a little courage, even the smallest creatures can become heroes.

About Synchronicity Theatre
Synchronicity Theatre produces smart, gutsy, bold theatre that sparks community connections, uplifts the voices of women and girls, forges long-term and effective community partnerships, and develops new work. Synchronicity reaches nearly 14,000 patrons a year through its season of plays for adults (Bold Voices) and families (Family Series); community outreach; and educational programming, including Playmaking for Kids (PFK) and the award-winning Playmaking for Girls (PFG). An intimate theatre in the heart of midtown at Peachtree Pointe became Synchronicity’s home for its main stage productions in the summer of 2014. The theatre also serves as a rental venue for independent film, dance, theatre and other projects. The Company recently opened the Synchronicity Annex, a new office, classes, events and rehearsal space in Piedmont Heights, Atlanta. 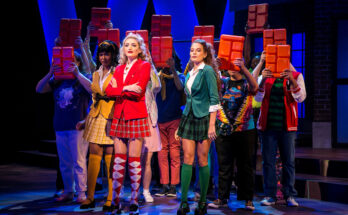 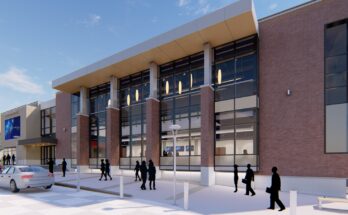 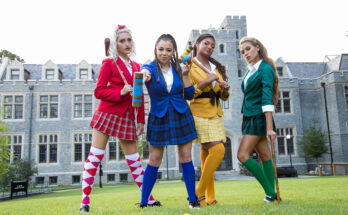