Bizet’s popular opera remains as tantalizing and provocative as the deadly love triangle it features, first staged almost a century and a half ago.

YOU COULD SPEND several hours trying to create a better playlist than Carmen and not top its hit parade. For 140 years, it has sent opera-goers whistling their way out of the theater. It also has provoked many an argument on the ride home.

What has the audience just experienced? Who is the villain in the story? Composer Georges Bizet gets a free pass on this because he doesn’t tell us what to think. He just tells the tale. The answers must come from us, the audience. What are our cultural biases, Bizet seems to ask.

Famed psychoanalyst Sigmund Freud saw Carmen in 1883 and described it as a study in what can happen when a gentleman fails to repress his natural drives. For Freud, Carmen offered a contrast between refined middle-class people and the spontaneous, freewheeling lower class. Others commenting over the years have said similar things, all of which can be distilled down to something Don José’s mother might have said: He’s a fine, young man who gets mixed up with the wrong girl.

Of course we now live in different times. For many of us, Don José likely sends up all sorts of red flags. He lets his mother supplement his pay. He’s a deserter. He promises to love two women within 10 minutes, and gets insanely possessive over the one who clearly espouses free love.

The original Paris audience would have known Don José from Prosper Mérimée’s novella. In it, Don José kills a man and joins the army to avoid prosecution. Bizet’s opera picks up the story after this, and gives only the slightest hint of it.

At no point does Carmen lie to Don José. Why, then, do so many people consider him a hapless victim? Well, when Mérimée crafted his story, he ratcheted up the drama by giving Carmen two essential qualities: She’s uncommonly alluring and an untouchable, a Gypsy (Roma or Romani is the preferred term). Carmen is a force of nature and toys with men, which makes her threatening. Think of it as blaming the money instead of the bank robber.

In 1872, Paris had a number of rival opera companies. Bizet was commissioned to write Carmen for Opéra-Comique, which specialized in productions that featured singing and dialogue. Henri Melhac and Ludovic Halévy were commissioned to write the libretto. The decision excited some and worried others (particularly French theater director/librettist Adolphe de Leuven). Halévy offered this account of Leuven’s response:

“ ‘Carmen! Merimee’s Carmen! Isn’t she killed by her lover? And these bandits, gypsies, and girls working in a cigar factory! At the Opera-Comique! The family theater, the theater of wedding parties …  you’ll frighten our audience away. That’s impossible.’

“I explained to Mr. Leuven that ours was a toned-down, softened Carmen, and that we had introduced some characters perfectly in keeping with the style of the opera comique, especially a young girl of great chastity and innocence. … And Carmen’s death … would be sneaked in somehow at the conclusion of a lively and brilliant act, in broad daylight, on a holiday filled with processions, dances and gay fanfares.

“Leuven acquiesced, but after a prolonged struggle. And when I left his office, he said: ‘Please try not to let her die. Death at the Opera-Comique? That’s never happened before, do you hear, never. Don’t let her die, I implore you, my dear child.’ ”

Leuven nevertheless resigned in protest over the production. The chorus, which usually stood and sang in place, grumbled at having to smoke cigarettes and misbehave. But the principals who sang the roles of Carmen and Don José threatened to quit if the company didn’t produce Carmen without changes.

And so, Carmen opened March 3, 1875. Some giants in French music attended, including Camille Saint-Saëns, Charles Gounod, Jules Massenet and Léo Delibes. Much of what alarmed Leuven alarmed the public and the press as well. It took the French years to warm up to the piece. A Vienna production later the same year was far more successful, and Carmen went global. Tchaikovsky saw an 1876 revival in Paris and called it a “masterpiece.”

Bizet, however, didn’t live to see its success. He died at age 36, three months after Carmen premiered. 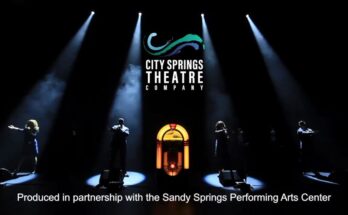 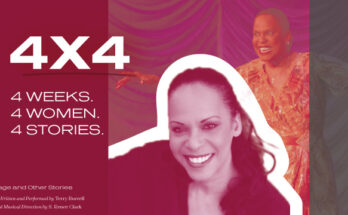