AURORA THEATRE PLANS two musicals and three comedies in its  2018/19 mainstage season — the most notable being the 2017 Broadway hit A Doll’s House, Part II.

Playwright Lucas Hnath’s comedy is a co-production with Actor’s Express, which did Hnath’s drama The Christians in September/October. Part II is based on characters from Henrik Ibsen’s 1879 classic, A Doll’s House, considered a cornerstone of modern theater. In the original, Nora Helmer leaves her husband and family with the slam of a door. Now, 15 years later, she returns, a successful author knocking on the same door.

The play’s significance lies largely in how it deals with the fate of a married woman, who lacked reasonable opportunities for self-fulfillment in the male-dominated Norway of the time. It prompted outraged controversy that spilled from theater to world newspapers and society in general. Hnath’s (the “h” is silent) follow-up continues probing, comedically, the rules of society and gender.

Aurora, Gwinnett County’s only professional theater, is led by producing artistic director Anthony P. Rodriguez and associate producer Ann-Carol Pence, who co-founded the company. The Signature Season, as this lineup is called, takes place on the 240-seat mainstage and includes the 23rd edition of the original musical revue known as Christmas Canteen.

The Harvel Lab season — usually five shows, including two at Christmas and one done in Spanish — will be announced later.

Aurora patrons next season also will see the first steps toward the company’s 2020 expansion — an additional $26 million arts complex with a new 500-seat theater, educational facilities and a cabaret space.

In the meantime, the 18/19 Signature Season lines up like this: 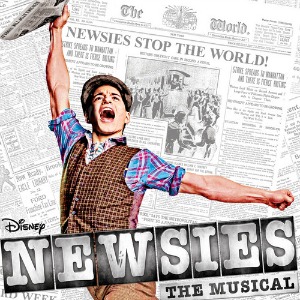 NEWSIES THE MUSICAL. July 19-Sept. 2. This 2012 musical is inspired by New York City’s real-life Newsboy Strike of 1899, in which underpaid newsboys took on publishing titans Joseph Pulitzer and William Randolph Hearst. The score comes from Alan Menken (Aladdin, Beauty and the Beast, The Little Mermaid) and Jack Feldman, the book from Harvey Fierstein, and is based on the 1992  Disney movie. The Broadway version ran for more than 2.5 years and earned eight Tony nominations, winning for the Menken-Feldman score and Christopher Gatelli’s choreography. The 2014/16 national tour played the Fox Theatre in January 2015.

BE HERE NOW. Sept. 20-Oct. 14. Described as a “wonderfully weird comedy” by Deborah Zoe Laufer.  In Be Here Now, which received its world premiere in February at Cincinnati Playhouse in the Park, two lost souls come together under unusual circumstances. Bari, who’s deeply cynical and woefully underemployed, is surrounded by painfully cheerful co-workers. She eventually finds herself on a new path, with the chance to pull someone else out of the darkness. Laufer’s name should be familiar to metro audiences. Horizon Theatre staged her End Days in 2009 and her Informed Consent in 2015.

CHRISTMAS CANTEEN 2018. Nov. 15-Dec. 23. This annual musical revue celebrates the most wonderful time of the year with songs, comic sketches, trips down memory lane and a sprinkling of holiday magic.

MEN WITH MONEY. March 7-April 7, 2019. A new musical set in a fantasy version of a gleaming 1952 Manhattan. It’s OK to be gay here, a conceit that frames a subversive, romantic romp about three young men (two gay, one straight), who set out to  find, woo and win lovers who have money. New York-based artist Bill Nelson wrote the book and lyrics, with music and additional lyrics by Joseph Trefler. 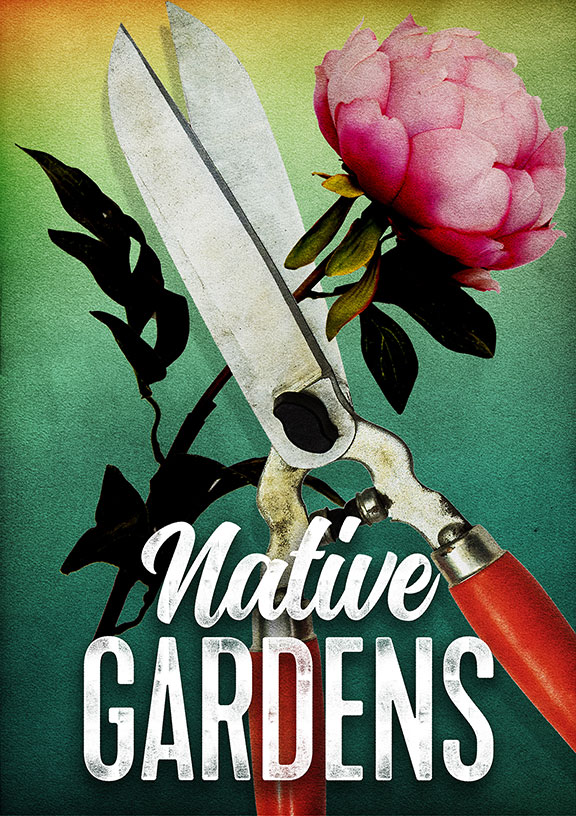 NATIVE GARDENS. May 2-June 2, 2019. Playwright Karen Zacarías, who has had work staged at Horizon Theatre, returns to metro Atlanta with this comedic battle for a backyard. In one yard: a well-established D.C. couple that keeps a prize-worthy garden pristine. In the other: an ambitious attorney and his very pregnant wife, a doctoral candidate with a weakness for native flora. An escalating property-line disagreement pushes all of them over the hedge. The Old Globe in San Diego, the Guthrie Theater in Minneapolis, Victory Gardens in Chicago and Arena Stage in Washington, D.C., have staged Native Gardens. Horizon audiences saw Zacarías’ Legacy of Light in 2011 and her Book Club Play twice, in 2013 and 2014.