ATTENTION MUST BE PAID — Encore Atlanta
Skip to content
ShareTweetShare

WELCOME TO THE CIVIL WAR.

Few events in American history and the country’s cultural landscape evoke reactions as strong as the War Between the States (1861-65). The war might have fired the first cannon in the battle for civil rights, but its legacy is a tangle of fighters, families and the freedom of 4 million slaves. Attention must be paid.

This larger, shared history is a mosaic of real people, disparate philosophies and personal stories like those drawn in Native Guard, the play based on former U.S. Poet Laureate Natasha Trethewey’s Pulitzer Prize-winning poetry collection.

This intimate and lyrical lament of love, loss and duty weaves two stories — the author’s history as the child of a black mother and white father in 1960s Mississippi, and voices, often forgotten, of African-American Union soldiers, the Native Guard, from which the piece takes its name.

Now history and herstory meet again, at the Atlanta History Center, as the Alliance spends a season at alternate venues while renovating its Midtown home.

Native Guard now plays alongside a gallery of Civil War photos, dioramas and 1,500 Union and Confederate artifacts. The production features actors from the original staging — Neal A. Ghant as the Native Guard and January LaVoy as the Poet. Vocalist Nicole Banks Long and composer/music director Tyrone Jackson also return.

“Natasha Trethewey wove a new narrative that brought the past alive in the present,” says Sheffield Hale, History Center president and CEO. “We strive to do that every day. We hope the experience of combining Natasha’s work and stories in our Turning Point: The American Civil War exhibition will connect audiences with history in a vital new way.”

Booth, who again directs, spoke recently about the play and the partnership.

QUESTION: Why was the History Center chosen as the venue for this remount? What about the meeting of place and production contributes to the staging?

ANSWER: While this piece is about so many things, it has an undeniable resonance with our history of the American Civil War. Who we commemorate and how we do that are enormous and impactful questions that Natasha wrestles with in a deeply catalytic fashion. The notion that we could stage a work about nothing less than the architecture of history itself in Atlanta’s History Center was beyond perfection.

Q: Will there be any noticeable differences between this staging and the one in 2014?

A: This is largely a faithful revival of the original work, although a great deal has happened in our country in the intervening few years around questions of race and identity. I think not only what the actors bring to the piece is informed by that reality, but I anticipate that what the audience brings to the conversation will feel hyper-relevant. 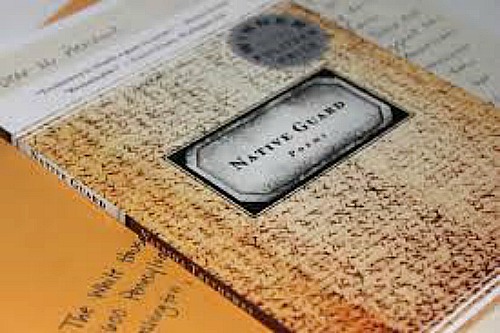 This piece is about how we define ourselves and how we remember moments of our own lives as well as the lives of the family that got us here. While the author locates the source of her story in her own biography, it is so richly available to every child, every parent, every person who has defined themselves or been defined by their place of origin. This is such a remarkably universal work.

Q: Can you talk a bit about Natasha Trethewey and her work?

A: She’s astonishing. She has this rare capacity to render what moves her deeply into a kind of verbal music that feels — to the reader, to the audience member — as if it were composed just for them. I have watched people of seemingly radically diverse backgrounds sit side by side in audience to those words and have a common experience of truly personal connection. There aren’t many writers with that gift. She has it.