The Shakespeare Tavern Playhouse begins its 2017/18 season this week with The Taming of the Shrew and ends it in June with The Life and Death of King John.

The 11-show season features the usual mix of comedies, tragedies, history plays and, at the holidays, a bit of Dickens. The Midtown playhouse offers a pub menu and full bar. Tickets run $22-$45, with discounts for previews. Performances are at 7:30 p.m. Thursday-Saturday and 6:30 p.m. Sunday. Details HERE or at 404.874.5299, Ext. 0. Discount gift cards available at PoshDealz.com.

The Taming of the Shrew. AUG. 26-SEPT. 17. The untamed, unwed Katherine is wooed for convenience by the charismatic but bawdy bachelor Petruchio in one of Shakespeare’s best-known comedies and fiercest battle of the sexes. Playhouse regulars Dani Herd and Matt Nitchie play the warring couple. Artistic director Jeff Watkins directs. 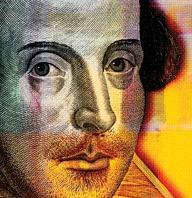 The Reign of King Edward III. SEPT. 23-OCT. 1. This two-part history play runs just two weeks. Edward claims the French throne and the Hundred Years War begins. In Part 1, Edward woos the Countess of Salisbury. Both married, they strike a deal to kill the other’s spouses. In Part 2, a young Edward, known as the Black Prince, takes to the battlefield to win his father’s respect and the right to rule England. Mary Ruth Ralston directs.

Macbeth. OCT. 6-29. Fair is foul, and foul is fair in this murderous Scottish tragedy about a power-mad would-be king and his evil wife. Beware the pull of political ambition. Watkins directs. 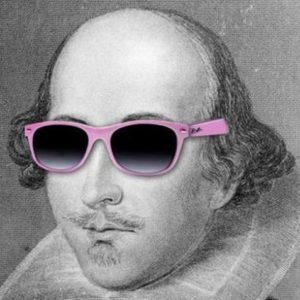 The Comedy of Errors. JAN. 6-28. Two sets of twins, one huge case of mistaken identity and lots of fun. This tale of the merchant twins Antipholus and the servant twins Dromio is directed by Jaclyn Hofmann, Aurora Theatre’s director of education and casting director.

Barrymore. MARCH 9-25. Tentative (rights pending). This two-person bio-play by William Luce depicts American stage, screen and radio actor John Barrymore a few months before his 1942 death, as he rehearses a revival Richard III, his 1920 Broadway triumph. The drama debuted in 1996 at the Stratford Festival of Canada. Christopher Plummer played Barrymore in a 1997 Broadway production, winning a Tony Award for best actor. Andrew Houchins, the playhouse’s associate director of training, is scheduled to direct.

Love’s Labour’s Lost. MARCH 31-APRIL 22. This comedy, written earlier in Shakespeare’s career, t follows the King of Navarre and his three companions as they attempt to forswear the company of women for three years of study and fasting. Good luck. Hofmann directs.

The Life and Death of Richard II. APRIL 28-MAY 13. A history play based on the last two yars in the life of England’s King Richard II, who ruled from 1377 to 1399. Before Richard is sent to his death, he “un-kings” himself by giving away his crown, scepter and the balm used to anoint a king to the throne. No director has been announced.

The Life and Death of King John. MAY 19-JUNE 3. A history play that dramatizes the reign of John, the son of Henry II of England and Eleanor of Aquitaine, and the father of Henry III of. No director has been announced.