THE RIDDLE OF 'TURANDOT' — Encore Atlanta
Skip to content
ShareTweetShare

WITH TURANDOT, Puccini gave us “Nessun dorma,” the tune that drove thousands to their feet at a Three Tenors concert on the eve of 1990’s World Cup Final in Italy. 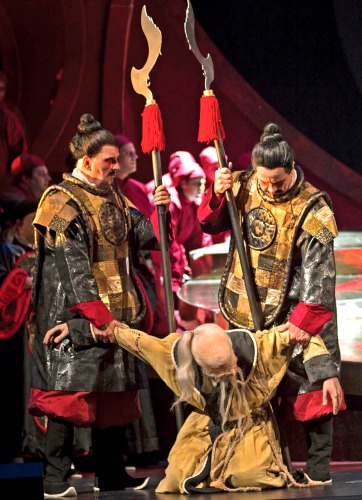 Turandot itself is filled with magical moments: The choruses are multihued and magnificent, the setting at Beijing’s Imperial Palace is epic and the arias are stunning. Turandot also causes great agitation among hard-core opera lovers: The adoration Puccini inspired has been unreserved and uninterrupted since he walked the Earth, but Turandot is complicated.

In early 1920, the 61-year-old Giacomo Puccini expressed an interest in using an exotic fairy tale for his next opera. Settling upon the 18th-century play Turandot by Carlo Gozzi (actually an Italian translation of a Schiller version of the play), Puccini wrote, “I would advise that … above all, [we] intensify the amorous passion of Turandot, that for so long has smoldered beneath the ashes of her great pride.” He envisioned an imperious woman with repressed emotions who is redeemed by love.

To create the flavor of his mythical, imagined China, Puccini added foreign accents to his orchestra: tuned Chinese gongs, saxophones and a bass xylophone, among them. For authentic Chinese folk songs, he looked to a couple of sources, including a collection compiled by a Shanghai-based Belgian customs official. “Mo Li Hua” (“Jasmine Flower”) became the children’s chorus in Act 1, and other Chinese folk tunes became the music of the comic characters Ping, Pang and Pong. Puccini makes liberal use of the pentatonic scale, the basis of traditional Chinese music. 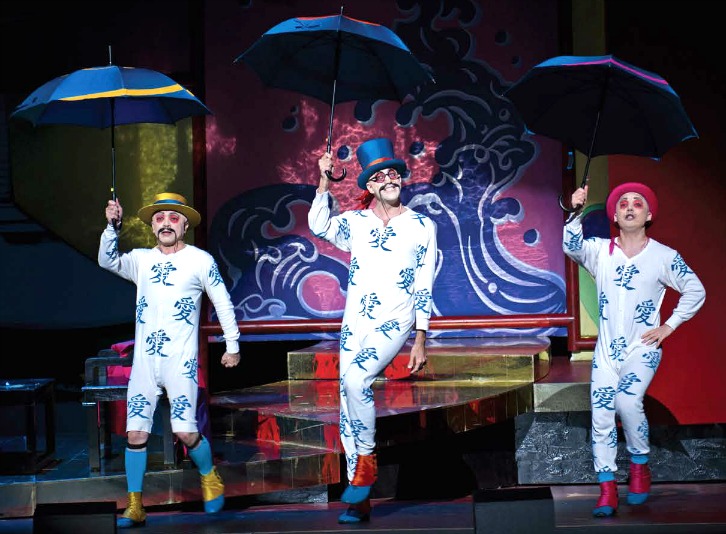 By early 1924, he’d finished the first two acts and written much of the third and final acts, through the death of Liù. There, he stopped. By his letters, it seems he sensed he had so successfully established the central conflict —Turandot’s hatred of men — that quite a lot was riding on the final love duet in which we see her transformation. This brings us to the dilemma that so deeply troubles some of Puccini’s most ardent fans.

In the story, the princess Turandot rejects and executes 26 suitors for failing to correctly answer three riddles.

At the beginning of the opera, Prince Caláf witnesses one of these executions, catches a glimpse of the heartless arbiter and is utterly bewitched by her. Against all reason, he sets his mind to winning her heart. As the plot thickens, Liù, who is in love with Caláf, refuses to betray him, all the while singing some of the most heartrending music in opera. Under Turandot’s command, Liù is tortured. She refuses to divulge Caláf’s secret, and dies. Caláf looks on and does nothing. Liù’s gesture is what clears his path to the icy princess, and perhaps paints the composer into a corner. 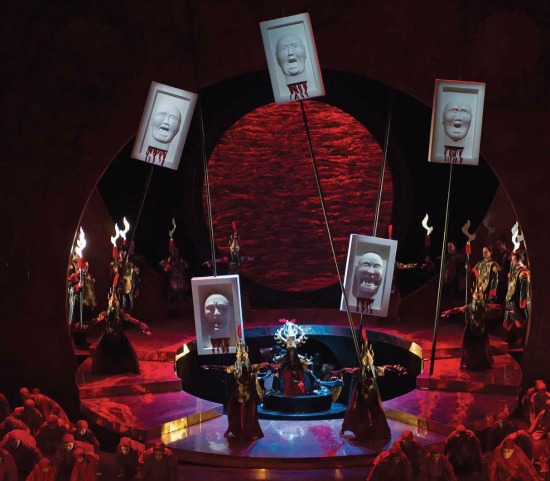 Puccini wrestled with Turandot throughout 1924. Can one duet persuade an audience to cheer for a murderer and her heedless lover? Meanwhile, he complained of a sore throat. On Nov. 4, 1924, with no finale in sight, he packed his manuscript and headed to Belgium for treatment of throat cancer. He died Nov. 29, leaving the greatest riddle of Turandot — the ending — unsolved.

Remember that Turandot is based on a fairy tale. Fairy tales, by nature, can leave audiences with an unsettling reality. No one asks “why” in a fairy tale. Why, for instance, would Cinderella’s father allow her to be treated like a kitchen slave? Why would a parent throw a red cape and a basket of goodies on a little girl and send her into a wolf habitat? Why would Turandot order the execution of men who’ve asked for her hand?

Fairy-tale characters are archetypal: Turandot is a wicked queen. Prince Caláf is a hero. Following in the tradition of Tom Thumb or Puss in Boots, Caláf prevails over an overwhelming power, not by his own strength but by guile. The singular purpose of these heroes blinds them to the suffering they cause.

That’s the conundrum of Puccini’s last opera. Because he died before he could finish it to his satisfaction, he (perhaps unintentionally) created antiheroes in both Turandot and Caláf.

It fell upon composer Franco Alfano to finish Turandot. He did so well enough that the beguiling piece is among the best-loved operas of all time. Without having the master’s final word though, the Turandot debate may continue as long as the opera is performed. In other words, a very long time.