A 'DON' FOR ALL AGES — Encore Atlanta
Skip to content
ShareTweetShare 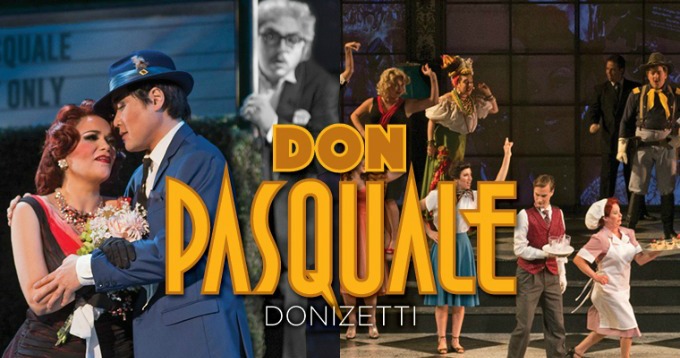 “He must surely be demented who would marry when he’s old. Soon his folly is repented and his passion soon goes cold.”

PEOPLE LOVE IT when a cad gets his comeuppance. They want details. They want to know who, where and how it happened. Whether it’s a neighbor or a national politician, nothing commands the stunned silence of a population quite like a man caught misbehaving. Gaetano Donizetti’s Don Pasquale is just such a story, minus the humiliated wife.

In truth, Don Pasquale is about us. At about two hours long, this tight little package teems with familiar foibles: the misbehaving man, meanness, obstinacy, people who share a joke at another’s expense, family squabbles, and the urge to meddle in someone else’s love life.

A picture of domestic discord, the scene opens with the Don, a lifelong bachelor who has raised his nephew, Ernesto. Now that the youth is of age, the Don names for him a wife: She’s “rich and beautiful.” The hapless Ernesto despairs: “My faith is pledged eternally” to the youthful widow Norina. Unyielding, Don Pasquale forces Ernesto to choose between his inheritance and his vow of love. Ernesto also proves unyielding and is thrown out of the house. The 70-year-old Don then decides to find a young wife for himself and father a new heir.

What’s more commonplace than this kind of tug-of-war? We all know people who hate their child’s significant other or a grown child who laments, “He gets these crazy ideas in his head!”

Typical of 19th-century noblemen (or a Hollywood rich kid, as is the case in this production), Ernesto has no idea how to support himself, let alone a wife, and feels obliged to break up with Norina. As he croons about his reversal of fortune, Donizetti brews a conspiracy between Doctor Malatesta and Norina. Posing as the Doctor’s sister Sofronia, she signs a fake marriage contract with the Don and springs the trap.

Remember, this is the story of a bumbling, insensitive old crank who takes a fresh-faced bride. We’re supposed to feel sorry for the girl, except that “Sofronia” brings such chaos to the Don’s staid existence that he’s almost sympathetic. Thus is the genius of Don Pasquale. Donizetti plays both sides and breathes complexity into traditional character types. Kicking the comedy into overdrive in nearly every scene, someone is always arguing, conspiring or lobbing insults.

“He must surely be demented who would marry when he’s old. Soon his folly is repented and his passion soon goes cold.”

If the room-shuddering subwoofers of Michael Giacchino (Rogue One: A Star Wars Story, Tomorrowland) are more familiar than Donizetti, it may take you a minute to find comfort in this sound world. Characters may argue, but they are melodious. When Ernesto sings his heartbreaking aria “Sweet holy dreams … adieu,” the old Don provides a sneering counterpoint: You’re “an obstinate blockhead.”

Like a hero sandwich, Donizetti lets the emotional polarities pile up. 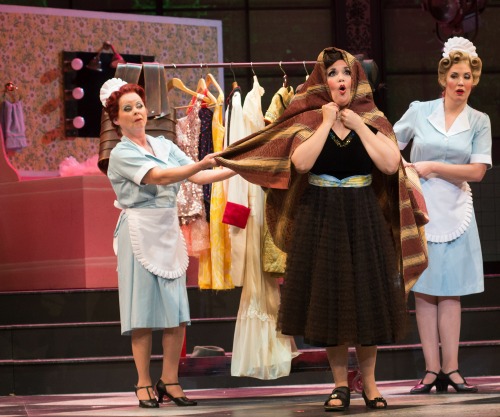 The four principal roles are fiendishly difficult. Comedic timing is essential and the ability to navigate Donizetti’s vocal acrobatics is paramount. When the Don gets especially agitated, for instance, the composer uses a technique called “parlando,” or “patter singing.” It requires the singer to fire off mouthfuls of words at lightning speed. It sounds slightly ridiculous, and plays into the ire and eccentricity of the old curmudgeon. In Act 3, the swaggering Malatesta joins the Don in a showstopping patter duet.

Don Pasquale’s libretto was repurposed from an earlier opera called Ser Marc’Antonio by Stefano Pavesi (not uncommon then). Donizetti engaged the poet Giovanni Ruffini to rework the original libretto. After presenting a draft of the new book, Ruffini quarreled so much with Donizetti that his name was removed from the project. Ultimately, Donizetti brought his unrivaled experience to the show. Don Pasquale was his 64th opera; Donizetti was 45.

The bel canto comedy debuted in January 1843 in Paris, immediately went international and has been popular ever since.

Donizetti wrote the piece at the height of his creativity. A Google search, interestingly, yields more than a million results for “masterpiece Pasquale.” The composer wrote only four more operas and was dead within five years.

An 1837 cholera epidemic claimed his beloved wife, Virginia. By the time Don Pasquale premiered, Donizetti showed symptoms of syphilis. A nephew placed him in a sanatorium near Paris three years later. Some 18 months after that — despite much resistance from local authorities — family and friends moved Donizetti home to Bergamo, Italy. He died there in their care at age 50. 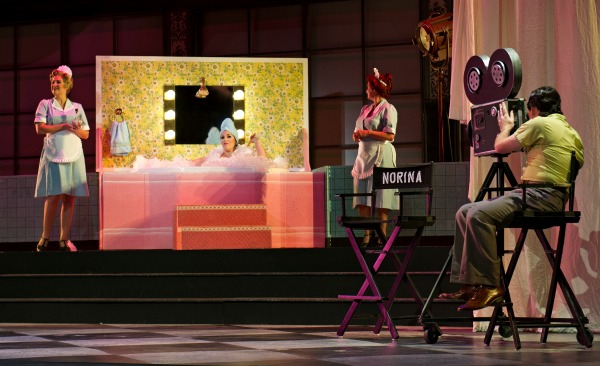