At the Express, one of America's great plays — Encore Atlanta
Skip to content
ShareTweetShare 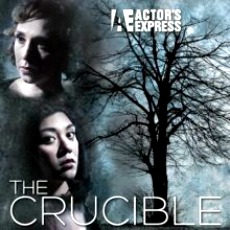 The witching hour is at hand in the tight-knit community of Salem, where personal vendettas collide with lust and superstition, fueling widespread hysteria. Actor’s Express promises “a visceral new production” of this Arthur Miller masterpiece about the 1690s witch trials (and McCarthyism in 1950s America). The 1953 play by one of America’s greatest dramatists (Death of a Salesman, All My Sons, After the Fall, A View From the Bridge) won the Tony Award for best play and has been revived on Broadway five times. Director Freddie Ashley’s large multicultural cast features Jonathan Horne as John Proctor, Courtney Patterson as Elizabeth Proctor and Shelli Delgado as Abigail Williams. Highly recommended.