ON THE EDGE — Encore Atlanta
Skip to content
ShareTweetShare

CABARET, THE CLASSIC MUSICAL SET IN PRE-HITLER GERMANY, SEEMS UNCOMFORTABLY TOPICAL FOR MANY OF TODAY’S AUDIENCES

“LEAVE YOUR TROUBLES OUTSIDE! So, life is disappointing? Forget it! In here, life is beautiful.” So coos Cabaret’s iconic Emcee early in the show. 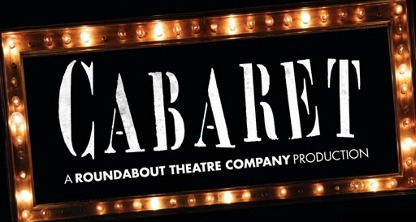 Nothing, however, could be further from the truth. The troubles outside the theater — whether it’s the Kit Kat Club in 1930s Berlin or the Fox in 2016 Atlanta — are exactly what make Cabaret so resonant, and for some theatergoers, so uncomfortable.

“I think the show is extremely relevant right now,” says Randy Harrison (Showtime’s “Queer as Folk”), who plays the Emcee in this national touring production.

It helps to know your history. The musical, loosely based on the memoirs of writer Christopher Isherwood, takes place in Berlin in the early 1930s as Hitler is coming to power. Sexual freedom flourishes, tipping, in some cases, into decadence and debauchery. But the Nazis would soon put an end to that.

No matter how much staged frivolity the Kit Kat Club musters inside, it can’t keep the darkness outside at bay.

“Any time discrimination and hate speech and scapegoating of minorities — religious minorities, sexual minorities — is used to motivate political action, this show is relevant,” says Harrison, 39. “It’s very much a part of the American discourse.”

Harrison, who is gay, grew up in Alpharetta and graduated from Pace Academy before earning a B.F.A. in musical theater from the University of Cincinnati’s College-Conservatory of Music (CCM) and starting his professional career.

Atlanta is the 27th city on his tour, which began in January in Providence, R.I., and is scheduled to run through next July.

The show, which was written by John Kander and Fred Ebb (Chicago, Kiss of the Spider Woman, Steel Pier, The Scottsboro Boys) and based heavily on ideas from producer-director Hal Prince, opened on Broadway in 1967. It was a response to the backlash stirred up by the civil rights movement and the Vietnam War.

“At the first rehearsal,” Harrison says, “Hal Prince showed the actors a picture of a bunch of white people screaming in hate and asked the cast what they thought it was.” Their response: Hitler Youth. It actually had been taken the week before at a civil rights rally.

Leave your troubles outside, indeed.

Back in the day, Cabaret made a star of Joel Grey, the original Emcee on Broadway and in Bob Fosse’s 1972 film. Grey won a Tony Award and an Oscar for the role. The show was named the best musical of 1967 and won Tonys for composer Kander, lyricist Ebb and Prince’s direction. (Fosse won the directing Oscar, with Liza Minnelli, who played nightclub singer Sally Bowles, named best actress.)

Harrison, who’s been acting since age 8, began with simpler fare, settling on his career path after seeing a production of Peter Pan and realizing that’s what he was meant to do. He acted in Pace Academy and CCM productions but probably is best known for his five seasons on “Queer as Folk.” He also appeared in two 2015 episodes of the USA Network cult favorite “Mr. Robot.”

Joel Grey’s somewhat fey and puckish Emcee, and the new, scarier version, are almost two different characters, Harrison says. “They serve a similar function, as a subversive middle man between the story and the audience, but they come from a different place.

“It was all there from what Alan did, that debased aspect,” he says. “Sadly, the character is a drug addict. He’s very intelligent. He sees what’s going on politically more than anyone else. He understands what that hate could lead to. But he’s too self-destructive to make a healthy decision about how to handle it. So you’re watching this person self-destruct while the world around him becomes more hateful.”

What’s in a name?

The Emcee doesn’t have a name, but Harrison has given him one privately. He’s not sharing it, though. It’s part of the backstory he created for the character, something actors often do.

“I think you learn a little bit more about him in this production,” Harrison says, “but he’s still pretty mysterious. As the show and the politics of Weimar Berlin start to unravel, you start to see underneath the cracks of who the character is.”

As his colleague Sally Bowles sings, “What good is permitting some prophet of doom to wipe every smile away?”

Our permission, however, is not the point.

Cabaret makes us smile, but more importantly, wipes it away.