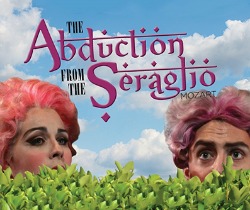 The Atlanta Opera opens is 2016/17 season with Mozart’s farcical The Abduction From the Seraglio. The action-packed caper, written in 1782 when the composer was just 26, begins when a young Spanish nobleman and his sidekick set off to Turkey to rescue his betrothed. The comedy plays out as the heroes and heroines try to outwit their captors, particularly the fiendish overseer of a high Turkish official’s harem. At the time, Mozart was believed to be in love with a woman named Constanze. Is it just coincidence that one of Seraglio’s heroines is named Konstanze? Atlanta Opera performs at the Cobb Energy Performing Arts Centre. All seats will be in the B Mezzanine.