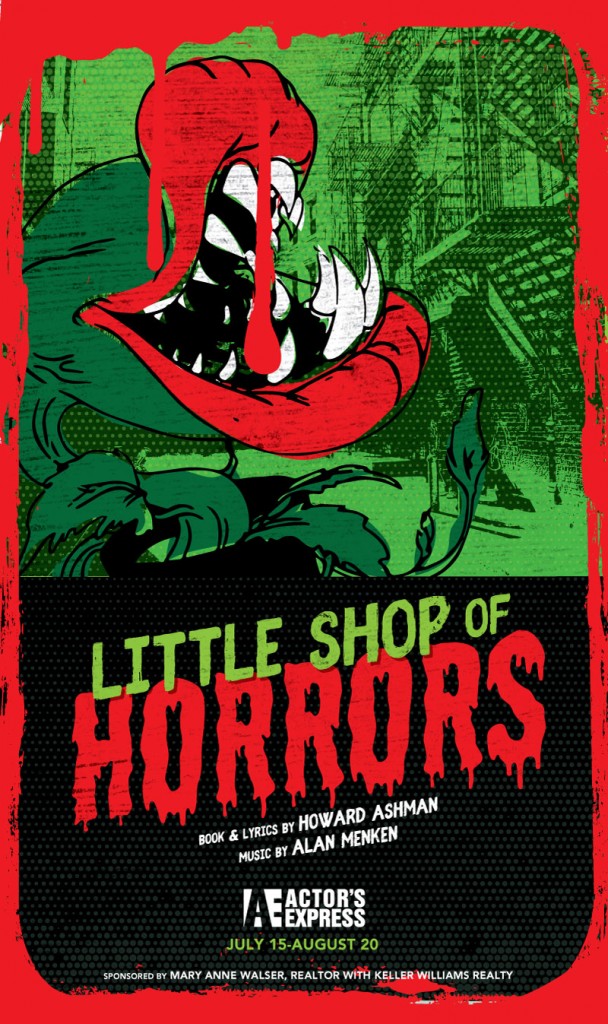 In recent summers Actor’s Express has given us Rent, The Rocky Horror Show and its current staging of Stephen Sondheim’s Company. In the summer of 2017, it goes downtown to Skid Row with the cult favorite Little Shop of Horrors.

The musical about a nerdish hero named Seymour and his insatiable people-eating plant debuted off-Broadway in 1982, ran for five years and led to the 1986 movie musical with Ellen Greene repeating her stage turn as love interest, Audrey. The show was revived on Broadway in 2003 with with Tony Award nominee Hunter Foster as Seymour and Kerry Butler as Audrey.

Alan Menken (music) and Howard Ashman (book and lyrics) based their piece on the 1960 non-musical comedy horror movie by Roger Corman. Their score includes “Somewhere That’s Green” and “Suddenly Seymour.”