In comes 'Company,' at Actor's Express
Skip to content
ShareTweetShare 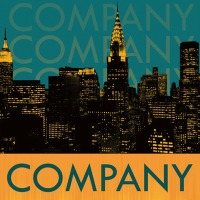 Company is a musical firmly rooted in the 1970s, but Actor’s Express promises a “modern makeover.” At the core of this Stephen Sondheim masterwork is an unmarried New Yorker named Robert, whose friends — all married couples — are eager to celebrate his 35th birthday — and fix him up. The show, a six-time 1971 Tony Award winner, includes such songs as “Another Hundred People,” “The Ladies Who Lunch” and “Being Alive.” If you’re an Atlanta theatergoer, you should recognize some of its cast — Lowrey Brown (as Robert), Jimmica Collins, Jill Hames, Steve Hudson, Jessical Miesel, Craig Waldrip and Libby Whittemore, among them.

* BUY HERE. ALL TICKETS WILL BE HELD AT WILL CALL