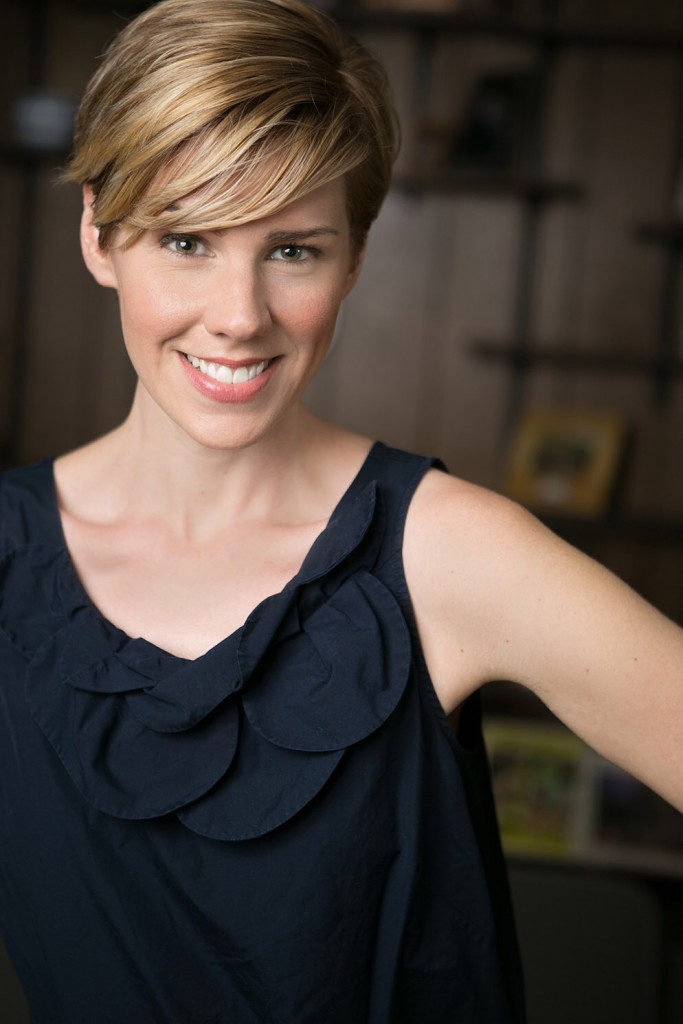 In brief: Rachel, 34, makes her Horizon Theatre debut going toe-to-toe with the estimable Tess Malis Kincaid in the dramatic comedy The City of Conversation. She plays Anna Fitzgerald, an ambitious D.C. newcomer who’ll do just about anything to promote herself and her political agenda. Through June 26. Details, tickets HERE.

On Anna: “She approaches her politics the way most people approach their religion. She lives and dies with it. She’s also, without a doubt, the smartest person in the room. And there is not a time in the play where she’s deceitful.”

Favorite Anna moment: “I genuinely get excited every night in the post-dinner party scene [Act 1], when I am about to launch my thesis … ‘These are my political beliefs and this is what I fight for.’ I love the absolute zeal and passion she has for what she believes in.”

First time onstage: As early as age 3, when the self-professed introvert found sneaky ways to get onstage and show off. In a family photo from a preschool pageant, she’s the only person standing, atop bleachers and center stage.

The flip side: “But then my parents would have to bribe me to talk to people one-on-one,” promising a hamburger or other treat in return.

An Atlanta baby: Rachel grew up in Atlanta, graduated from Druid Hills High School and has a B.A. in theater studies from Emory University (2003).

Lives now: In a Doraville apartment. Not sexy, she admits, but easily accessible to I-85 and the many jobs she has.

Where you’ve seen her: At Georgia Ensemble Theatre in Charley’s Aunt, The Elephant Man and The Great Gatsby; at Stage Door Players in Private Lives and Letters to Sala; at Aurora Theatre in Lark Eden; at Actor’s Express in Fair Use; and, quite notably, at Synchronicity Theatre in 1:23, playing convicted killer Susan Smith, the South Carolina mother who drove her car into a lake in 1994 and drowned her two young sons.

Core project: She’s been working for more than a year on a series titled “Chemistry Matters” that Georgia Public Broadcasting plans to release in Georgia classrooms next fall.

Commercially speaking: She’s done TV spots for Delta Air Lines, Jo-Ann Fabrics and Zaxby’s. Next is a Georgia Power spot she did with “a bird named Happy, who wasn’t, at all.”

Favorite plays/playwrights: “I was educated on the classics, and I have such a deep interest in those, but also I am so interested in new work,” she says. Her list includes Sarah Ruhl, Henrik Ibsen and Atlanta-based playwright Patricia Henritze (the Florence Nightingale epic, The Nightingale Rose or the Bitch of Balaclava). Rachel played the title role in several of its developmental readings.

Why theater: “There is always something easy and freeing to me about being onstage. It’s a different muscle. It’s not like being yourself in person. Auditions make me a little crazy, but I love them. Rehearsals, I love. Opening night, I love. Closing night, I love. Sunday matinees with quirky audiences, I love. How often can you say that about something?”

Day job: Managing producer for Serenbe Film, which, like Serenbe Playhouse, is part of the Serenbe Institute for Art, Culture and the Environment in the Chattahoochee Hills/Palmetto area. Serenbe Film, according to its mission statement, “brings together people who enjoy and appreciate films by providing special screenings, filmmaker discussions and one-of-a-kind film events.”

Last word: “Please edit the nutcase out of me.”