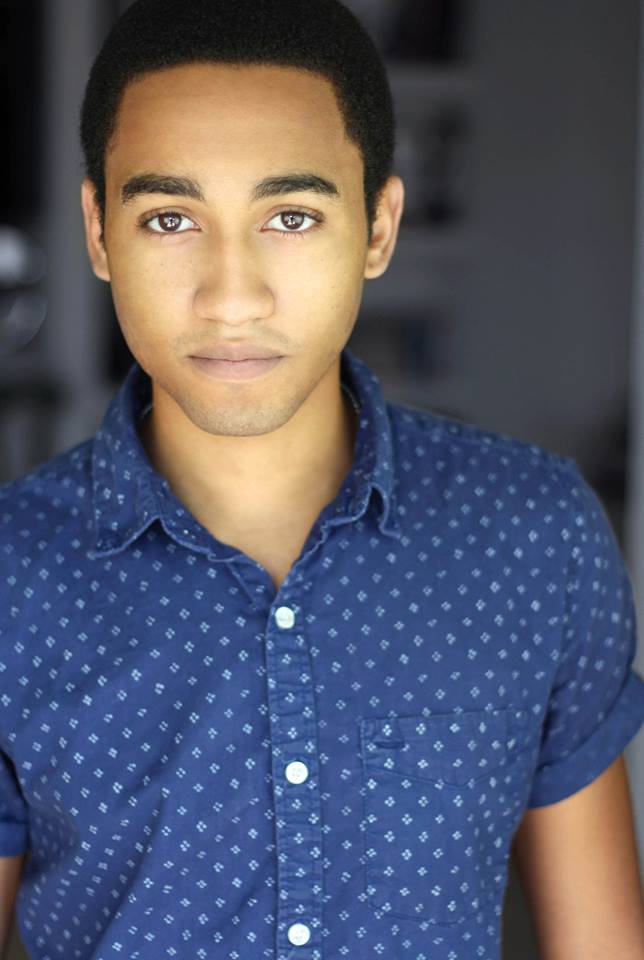 In brief: Stephen, 23, plays Valentine, one of two men vying for the same woman in Two Gentlemen of Verona at the Shakespeare Tavern Playhouse through May 29. Before that he played Curtis, a Morehouse dropout who sides with the police, in the world premiere of Beyond Reasonable Doubt: The Troy Davis Project at Synchronicity Theatre. Two Gents tickets HERE or at 404.874.5299.

First time onstage: At Chamblee High School as Cinderella’s Prince in Stephen Sondheim’s Into the Woods.

So he sings? “If necessary I can hold a tune all right, but singing in front of people makes me very nervous.” He hasn’t played a lead in a musical since.

Hometown: Palo Alto, Calif. His family moved to Decatur when he was 14 months old.

Education: B.F.A. in acting from the University of Florida.

The back story: He wanted to go out of state to study psychology, had heard good things about Florida and got a full ride in the honors program. A theater appreciation class changed his trajectory as did a piece titled Note to Self, monologues and scenes about being human. “I made the decision that I wasn’t going to be satisfied if I didn’t do that thing.” He beame a theater major at the end of his first semester.

Lives now: In Midtown, near Piedmont Park, with his “radiant fiancee” Brooke Heffernan, a musical theater performer he met at Florida, and his 5-month-old super mutt named Rhea. The wedding is Oct. 9.

Where you’ve seen him: At the Shakespeare Tavern in Macbeth (Angus and others), Pericles, Coriolanus, Cymbeline, Romeo & Juliet (Romeo); at the Alliance Theatre in Pearl Cleage’s Tell Me My Dream (Wallace). He also has credits at the Hippodrome State Theatre in Gainesville, Fla., and the Ritz Theatre in Jacksonville, Fla. (George Gibbs in Our Town).

On TV: Last season’s “Sleepy Hollow,” as a troublemaking drunk teenager who uncovers zombies in a mausoleum.

Why theater: It began in high school, where he did a lot of political and constitutional debating and, over time, his passion for communication led him to the stage “I do theater now because storytellers are so important. There’s definitely a selfish part of me, too, that just loves to play. It makes me feel great, experience creativity and purge things that are bothering me.”

Dream role(s): Superheroes, Othello and John Proctor in The Crucible, in that order. His dream as a boy — he wasn’t a theater kid, remember — was to play Spider-Man and “I still have’t given up that hope.”

Next: Tuesday and Wednesday nights (May 24-25) he takes part in the Alliance Theatre’s Taste of the Season preview event. Then he’s back at the Shakespeare Tavern to play Lysander in A Midsummer Night’s Dream (July 16-Aug. 7). He’s also in the midst of shooting a SunTrust commerical.

Day job? “I’ve been extremely blessed and lucky not to have a day job since August 2015.”