Blue Man Group is at the Fox Theatre from April 7 to 12.

“I can’t help it,” he says. “I feel bad for audience members who see just one show because I’m the one who gets so much spontaneous joy night after night after night. Even I can’t believe how lucky I am to get to go to work and have all this fun.”

As resident music director for the North American tour and one of two drummers in the live band, Nolan has tallied more than 700 performances of the show that blends comedy, improvisation, innovation, slapstick comedy, “stupid human tricks,” technology and original music – but no words.

Nolan, who grew up outside Chicago, was 12, when the aunt who bought him his first drum set took him to see Blue Man Group in New York. “That was the beginning of my fascination with this crazy, wacky show,” he says.

Being part of it never gets old, says this former music teacher, whereas “130 performances of West Side Story was enough.”

Can one show really be so different from the next?

Absolutely, Nolan says. “There’s an order to things, but you never know what might happen in-between those things.” 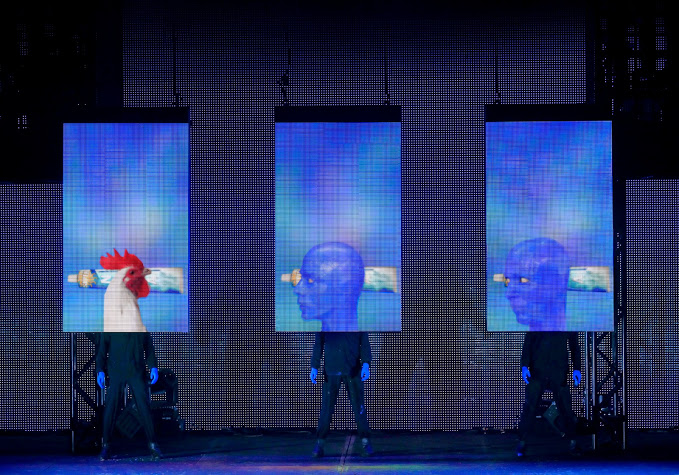 Time and again, Blue Man Group is described as “indescribable,” as a theatrical entertainment that defies categorization. Even its own website says Blue Man Group “cannot be explained; it can only be experienced.” Adds Nolan: “It really is still pretty radical.”

If Blue Man Group is “about” anything, it’s about two different cultures coming together to try to learn more about each other, says Nolan. Those cultures are the bald Blue Men and the audience. The Blue Men explore the audience, as if getting familiar with a new species.

The always-silent, always-curious Blue Man character was created 25 years ago by Phil Stanton, Chris Wink and Matt Goldman. These first Blue Men staged “small disturbances” around New York City well before they took to an actual stage and started selling tickets. To date, Blue Man Group has been seen by millions worldwide and has numerous productions, including permanent shows in New York, Orlando and Las Vegas.

Its basic mission, or universal “message,” has been the same since the beginning. The Blue Men, like the show itself, strive to remind us that humans have a basic need to connect with other humans. 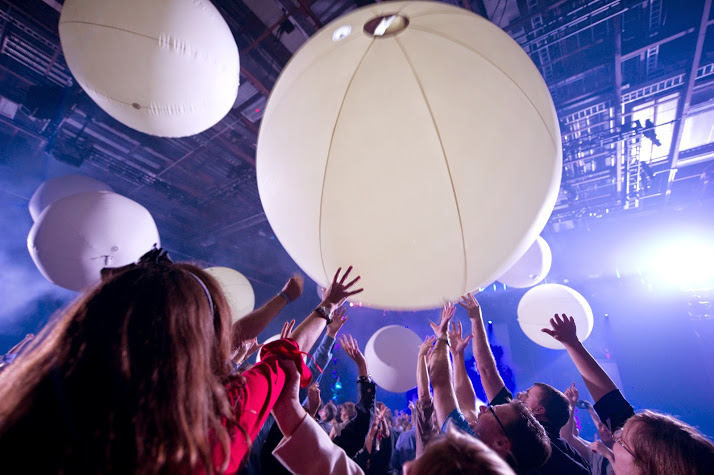 The Blue Man is the show’s poster boy, but Nolan considers the tribal music its guiding force. “The job of the music is to create a sonic landscape for an otherwise silent character to exist in and to move through. A lot of the performance energy of the show has to be translated through the music. How do we make a sound that supports the feeling that the Blue Man is conveying at any given moment?”

He answers that soon enough: “We try to live in those moments, accept it all while it’s happening and go with it.”

Nolan calls the connection between the three Blue Men and the band “the center of the show. It’s pretty cool. It can seem almost telepathic.”

And the not knowing, he adds, well, that’s another something great.