The July lineup for the 26th annual National Black Arts Festival is as hot as the weather, with the launch of its first Spotlight Series featuring NBAF 2014 Legends honoree Wynton Marsalis in a July 25 concert at Atlanta Symphony Hall.

In its augural year, the Spotlight Series focuses on music, one of the five arts the festival celebrates each year along with dance, theater, film and visual art.

Another innovation the festival will launch as part of its three-year Strategic Visions program is NBAF Global, which this year will focus on reggae music as an aspect of the African Diaspora. An Aug. 17 concert has Jamaican band Third World and British-Jamaican singer Maxi Priest on a double bill.

Below is a select list of activities for July. The festival runs through mid-September at various metro locations. Go HERE for a complete list of events, plus dates, times, locations, ticket availability and participant biographies. Be aware, that with such a large schedule, some events can shift times and locations. It’s best to check before you go.

Modern Life, Modern Music. 8 p.m. July 25. Marsalis is both performer and organizer in this Spotlight Series opener. (He’ll also do concerts in August and September.) Modern Life, Modern Music features the Jazz at Lincoln Center Orchestra with Marsalis on trumpet. The program includes original compositions by orchestra members. Through the concert, Marsalis calls on people to “celebrate the scientific death of tribalism. … Duke Ellington said THE people are my people. Jazz knew that any person is related to all people, long before DNA told us it was so.” Details, tickets ($45 and up) HERE.

Although activities began in June, the annual gala on July 19 (this year’s theme: Higher and Higher) is the official kickoff at the Grand Ballroom of the Intercontinental Buckhead. Tickets start at $500 for cocktails, dinner, silent and live auctions, and dancing until midnight. Big-name entertainment includes jazz icon Terence Blanchard, coloratura soprano Harolyn Blackwell and spoken-word impresario Toni Blackman. Go HERE to get details, peek at the auction items and buy tickets. 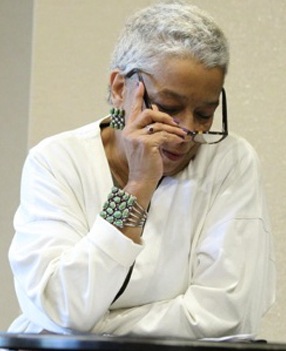 Sojourner Washing Society: A musical in gospel & blues. Free. 7:30 p.m. July 24 at the Alliance Theatre, Woodruff Arts Center ). This staged reading is playwright Thulani Davis’ recounting of the story of the “Washing Amazons,” 3,000 black women who fought for a raise in laundry fees in the years after the Civil War. Details HERE.