'Wowed by the energy' — Encore Atlanta
Skip to content
ShareTweetShare

When Rachel McLaren was a little girl, everything about movement and dance attracted her. “I feel like I was dancing in the womb,” she says. “Before I even came out I feel like dancing was a part of who I was.” Fascinated with movement on screen, she often pressed up against the TV to watch figure skating and ballroom dance. 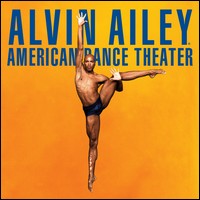 Now McLaren is the one being watched. As a performer with the Alvin Ailey American Dance Theater, she’s part of the 30-member company showcasing its high-energy combination of modern and African dance here this week.

The Canadian-born McLaren dipped her shoes in gymnastics and dance as a girl, then trained at the Royal Winnipeg Ballet School. Eventually she moved to New York and The Ailey School. There she progressed through the ranks, joining Ailey II – the company for rising young dancers – then making the leap to the main company in 2008.

The Ailey company is scheduled to dance across the country through May, and McLaren is ready for the ride. “A lot of people who have seen other dance companies, and have never seen our show, tell me that when they come for Alvin Ailey, they’re taken aback, wowed by the energy. It’s like they leave the theater with rosy cheeks, they’re so exhilarated.”

While the feats onstage are impressive, the daily life of a touring Ailey dancer is no small accomplishment either.

On a performance day, McLaren wakes up about 8 a.m. with yoga, coffee and steel-cut oatmeal. She travels with her own espresso maker and keeps in shape by taking classes at the gym, swimming and jogging.

She thought she’d hate jogging. “Who wants to just keep running? Why would you do that to yourself?” But a run through a hometown park in Manitoba got her hooked.

McLaren then goes to the theater for two-hour-long midday rehearsals, perfecting the pieces the company will perform all week. Though every theater is different, the dancers, she says, find comfort in the familiarity of their set and the stage beneath their oft-airborne feet.

“It takes a village to create something as seamless as a dance performance,” McLaren says. “We have incredible designers, management and crew.”

When it comes to the theaters themselves, McLaren admits the Fox is a favorite. “It’s so outrageous!”

After rehearsal, Ailey dancers either explore the city or enjoy rare moments of down time at the hotel (the Georgian Terrace during the Atlanta gig). On a tight rehearsal-performance-rehearsal-performance schedule, they must shoehorn in any sightseeing without the convenience of cars.

More often than not, McLaren returns to the hotel to read, watch TV and talk on the phone. “I try to live as regular a life as I can,” she says. She loves rooms with kitchenettes and having the ability to cook her own meals. Since the company usually hits Atlanta near Valentine’s Day, the dancers traditionally throw a celebratory potluck.

TURNING ON AND TURNING IN

About 6 p.m. the dancers warm up. At 7, they’re in hair and makeup. By 8, they’re onstage, often performing to sold-out houses.

“The dancers I work with are incredible athletes, and their bodies are insane,” McLaren says. “They’re capable of doing so many things and expressing themselves in so many ways. The audience leaves like, ‘Wow.’ They’re almost sweating like they were onstage with us. They leave feeling as if they were part of a dream.”

Post-show, dancers grab a bite to eat and a glass of wine before bathing and going to bed. It’s not unusual for audience members to spot them at a restaurant and offer congratulations. Since they travel together six to eight months a year, their dinner-table conversations are the stuff of families: some work talk but mostly life, love, friends, relatives, gossip, fears, dreams, complaints.

Atlanta audiences are a favorite, MacLaren says. “The people really show up, and we really appreciate that.”