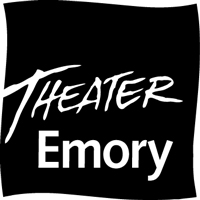 The event, called Brave New Works, this year explores the process of adapting Pulitzer prize-winning poetry, staging oral traditions from one of America’s most isolated communities, telling the life and times of Florence Nightingale, and bringing many more stories to the stage.

Playwrights, adaptors, composers and dramaturgs will be at Emory to work on these plays-in-development, with a combined company of student and professional actors.

All events are free and in the Theater Lab at the Schwartz Center for Performing Arts on campus, 1700 North Decatur Road. Reservations are recommended. Call 404.727.5050. All events begin at 7 p.m. The lineup:

THURSDAY.  A new play from Madhuri Shekar, the 2014 winner of the Alliance/Kendeda National Graduate Playwriting Competition. At the Alliance, her play In Love and Warcraft runs Jan. 31-Feb. 23 on the Hertz Stage. Details HERE.

FEB. 1. The Bitch of Balaclava. By Patricia Henritze. Described as an epic play about Florence Nightingale and her work in the Crimean War. Henritze is an Atlanta-based director and playwright who has taught at both Clayton State and Kennesaw State universities.

FEB. 6. A new play by Edith Freni, a New York native now in Miami teaching playwriting and play analysis at the University of Miami. Her work has been seen at Steppenwolf Theatre Company, New York Theatre Workshop, LAByrinth Theatre Company, the Public Theatre, Williamstown Theater Festival and Ensemble Studio Theater, among many others.

FEB. 7. Native Guard by Natasha Trethewey. A workshop that will explore adapting Trethewey’s Pulitzer Prize-winning book of poetry for the stage. Collaborators include Trethewey, the U.S. Poet Laureate who teaches at Emory, the Alliance Theatre and the National Civil War Project.

FEB. 13. A work-in-progress from Jeffrey Peterson. Shekar, Freni and Peterson are all candidates for Emory University’s 2014-16 Fellowship in Playwriting.

FEB. 15. The Sapelo Project. This theater piece by Sapelo descendant Josiah Watts, integrates music, movement, spoken word, acting and video to depict the culture and stories of the island, the development of the Saltwater Geechee-Gullah dialect, the history of slavery on the island, and the blended influences of Arabic, English, French and Spanish.