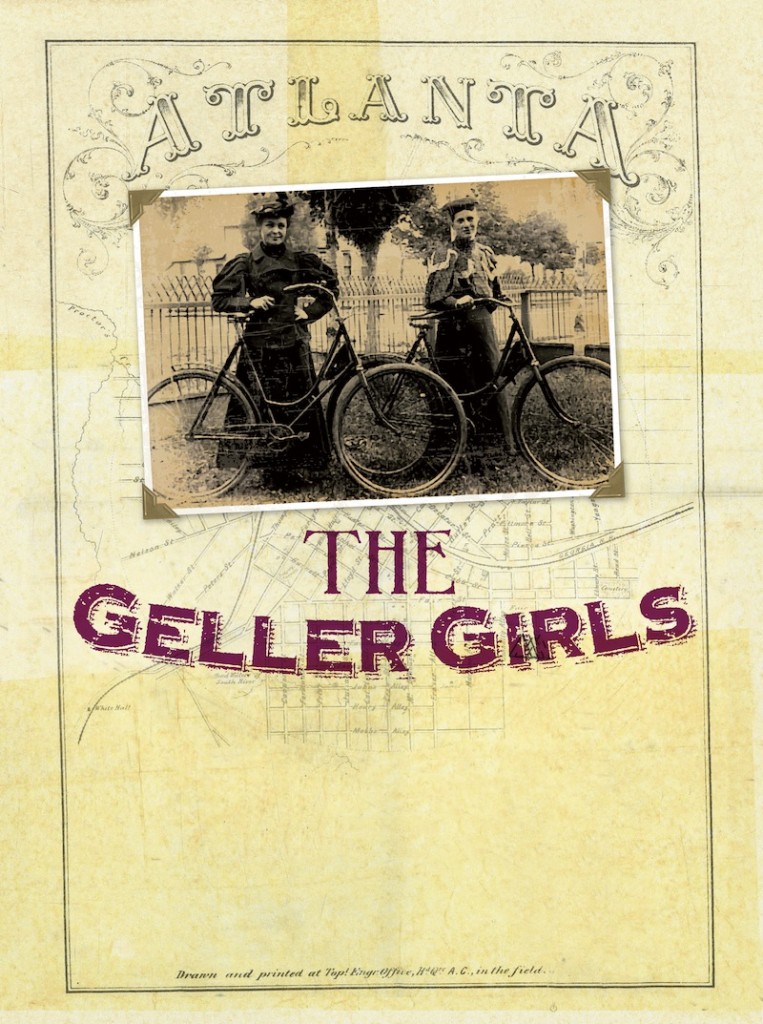 “The Geller Girls” receives its world premiere Jan. 15 through Feb. 9 at the Alliance Theatre.

Yes, playwright Janece Shaffer’s journey with The Geller Girls, set in 1895 Atlanta, began with the Biebs.

Her eighth-grade daughter, tasked with a social studies project, wanted to write about the pop music phenom. Shaffer was less enthusiastic.

“I just didn’t want her to do Justin Bieber,” Shaffer says, “so I started pitching ideas.”

One was the Cotton States and International Exposition in 1895, which brought some 800,000 people to what we now know as Piedmont Park.

Shaffer’s daughter didn’t buy the idea, but the playwright became obsessed with images she pulled up on her computer, and a New York Times story in which everything in Atlanta was described as “charming” and “enchanting.”

“I started reading and daydreaming,” says Shaffer, a nationally produced, awarding-winning playwright and an Atlanta native. The story came together for her during one holiday vacation. While her daughter slept till noon every day, Shaffer wrote.

That was three years ago, and pieces of her play came from everywhere – a trip to Charleston with husband Bill Nigut, the former TV newsman turned producer. A 2005 book called Women in Atlanta, which included a photo of young women playing basketball. One girl, ball tucked beneath her arm, looked straight at the camera.

“I’m not a historian,” she says, “so I took bits and pieces of things I really love. I know Atlanta was famous for its street corners. Women would gather at one, men at another. And there were really visible representations of the Civil War – bullets, shells.”

The Exposition itself, Shaffer says, was a marketing gambit by Atlanta businessmen and the newspaper, a sign to the world that the post-Civil War capital of the South was open for business.

Shaffer’s connection to theater began long before she began writing plays, back when she was “hold-your-hand little” and she’d see Theater of the Stars shows on Sunday afternoons with her grandmother. She remembers seeing Paul Lynde in The Pajama Game and that each outing ended with a trip to Morrison’s.

Her playwrighting career began in 1999 with He Looks Great in a Hat, her first world premiere at the Alliance Theatre. The Geller Girls is her fifth for the Midtown company. In between came Bluish (2006), Managing Maxine (2008) and Broke (2011). She’s written about romance and religion, identity, race and motherhood, sex over 70 and the fallout of the Great Recession.

She’s also been produced at Theatrical Outfit (Brownie Points, 2010) and Horizon Theatre (The Genes of Beauty Queens, 2001). Nationally, her work’s been seen in Sacramento, San Diego, Seattle and Washington, D.C., at the Alabama Shakespeare Festival and Asolo Rep in Sarasota, Fla., among others.

But The Geller Girls, her first period piece, proves once again how firmly rooted she is in writing about her hometown.

“I am Atlanta born and bred. I am a product of this community, these schools, UGA,” she says. “I think there is something really powerful about knowing our stories. [The Exposition] is a really interesting, pivotal moment. We were passionate. It was this really shining example of what this city could be at one moment in time.”