He’s quite a character, that Bill Murphey! — Encore Atlanta
Skip to content
ShareTweetShare 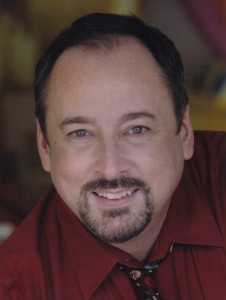 In A Confederacy of Dunces, now at Theatrical Outfit, 16 actors play more than 25 characters. Among them is William S. Murphey, who, for my money, is the best character actor in town.

He plays two roles in Dunces: Mr. Claude Robichaux, a befuddled, irascible old man with an unusual mustache, and Mr. Clyde, an enthusiastic hot dog vendor wheeling a full-service weenie-shaped cart. His aren’t the biggest roles, but they are among the most memorable. As he’s done for a long time, Murphey breathes humanity into even the smallest slices of character.

Murphey, a Decatur native who goes by “Bill,” has been acting in Atlanta since finishing grad school at the University of Mississippi in 1986. He’s an affable guy with a dry wit, 732 Facebook friends (at last count), and an annual Christmas open house that attracts throngs. He likes the Beatles, Green Day and the Three Stooges. He’s been reading Hemingway, Salinger, Bradbury and Steinbeck lately. And if you need a house- or pet-sitter, he’s your man. Such gigs help supplement his income as an actor, one who’s been on almost every professional stage in metro Atlanta. His legion of credits include:

For Murphey, doing Detective Fix and the rapid-fire arsenal required in Fully Committed stand out, as does his work as ever-patient son Boolie Werthan in Driving Miss Daisy at the Outfit.

GET Artistic Director Robert Farley calls Murphy a “comic genius”; in his Atlanta Journal-Constitution review of Around the World, the notoriously tough critic Bert Osborne wrote: “Who can resist the versatile, ubiquitous William S. Murphey? Put him in an opium den, give him a hookah and some throw pillows, and sit back and enjoy.“

Murphey is at the Outfit with Dunces through Sept. 5, then returns to Theatre in the Square for A Tuna Christmas, which opens Nov. 16. He did Greater Tuna, the first of the Tuna plays, at the Marietta playhouse in June and July. In both he’s one of two actors, both radio announcers, who portray – with loving care and to hilarious effect – the multitudinous inhabitants of quirky Tuna, Texas. Murphey does the straight-man, radio announcer Thurston, as well as big girls Bertha Bumiller and Aunt Pearl, Tastee Crème waitress Inita Goodwin and frustrated theater director Joe Bob Lipsey, among others.

In the Christmas chapter, he manhandles a dozen roles, including Bertha, who returns with her kid and husband troubles, and Aunt Pearl, a “mean, old Texas woman who loves her chickens. If she has to kill a dog or two with her bitter pills, it’s OK with her. Just so those chickens are protected.”

Murphey hasn’t killed any dogs, or chickens, that we know of, but he’s killed for plenty of audiences. If you get a chance, check out his work. And, if any directors are listening, he’s available again as soon as A Tuna Christmas closes Jan. 2.