Madama Butterfly, Giacomo Puccini’s 1904 opera, will open the Atlanta Opera’s 2022-23 season, and will feature a cast of leading, international singers who will bring the haunting story of love, longing, and sacrifice to life on the stage.

The production, created by Carl W. Knobloch, Jr., and General and Artistic Director Tomer Zvulun,has not been performed in Atlanta for almost a decade. “I look forward to bringing these incredibly talented singers to Atlanta,” Zvulun said. “We have delayed this production twice due to the pandemic. So much has changed in the world since we last presented Madama Butterfly and we are excited to recreate this beloved production through a fresh, new lens that features a real powerhouse cast.”

Kevin and Momo Suzuki, of the Japanese Folk Dance Institute in New York, will join the creative team to incorporate authentic movement. Presented in partnership with the Japan-American Society of Georgia, the Atlanta Opera will explore the problematic racial and gender stereotypes that are associated with the opera.

The Friday night performance (November 11) will be live streamed on the opera’s Spotlight Media platform (stream.atlantaopera.org).

The cast is led by Japanese soprano Yasko Sato, who has built a worldwide reputation for her portrayal of Cio-Cio San. Joining Sato as Pinkerton is Italian tenor Gianluca Terranova, Nina Yoshida Nelson as Suzuki, Tenor Julius Ahn and conductor Timothy Myers.

The Atlanta Opera presents Madama Butterfly on Nov. 5, 8, 11 and 13 at Cobb Energy Performing Arts Centre. Tickets start at $48 and can be purchased at atlantaopera.org or by calling 404-881-8885. The opera will be performed in Italian with English supertitles. 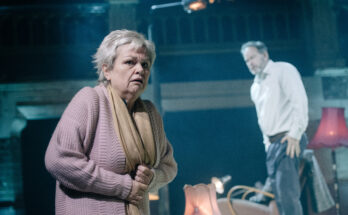